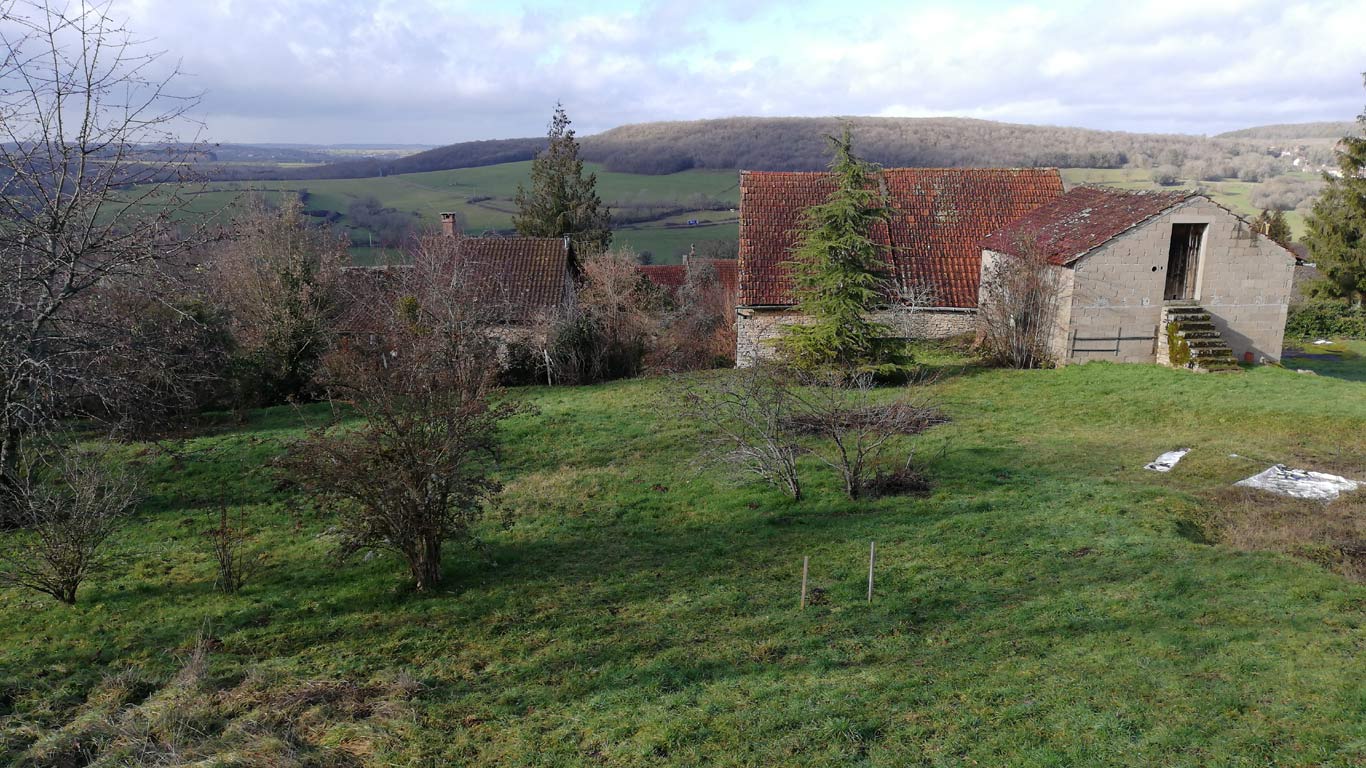 Our hurried trip to the UK in early April was followed by an equally hurried return to France, having successfully sold the campervan. We'd bought a cheap car to replace it, and headed south as fast as we could, as we had two important deadlines to meet.

The first was our appointment in the regional capital city of Dijon, where we were required to be finger-printed, in order to finalize our residency application, which had been approved.

A couple of weeks later we each received our "Titre de Sejour" cards, and are now officially residents of France. This means we can live here, we can come and go as we please without the need for a visa to enter Europe from the UK, and we can also spend up to 3 months at a time in any other European country without needing a visa.

These were all freedoms we had enjoyed for decades when the UK was part of Europe, but which have now been taken from UK citizens since the UK officially left Europe at the end of December 2020.

Our second appointment was to sign our purchase agreement for the property we have bought.

Yes, you read that correctly. We just bought a property here!

I know, I know... in everything I have written about living a freedom lifestyle I talk about not owning property as being one of the three key components of that lifestyle.

In fact, even as recently as early January I'd reiterated to Vanessa that I wasn't really interested in buying a property... she was a little keener than me about finding and investing in somewhere as a home base.

However, the rapidly changing political climate around the world had convinced us that travel wasn't going to be returning to any sort of pre-pandemic normal any time soon.

We'd already made the decision to settle in France for a year or two to see how things play out over the coming months and years. We'd quickly come to appreciate the Burgundy region, and the friendly locals we'd met here.

So one day in late January, on a long walk around our local villages in the hills above us, we stopped by a couple of properties Vanessa had seen advertised for sale. The first one was a barn in such a state of disrepair we didn't even break stride as we walked past.

But the second property was lovely, high on a hillside above a quite little village, with a beautiful outlook. There was no house, just a couple of big old barns and a little dilapidated double garage building, but there was lots of land. 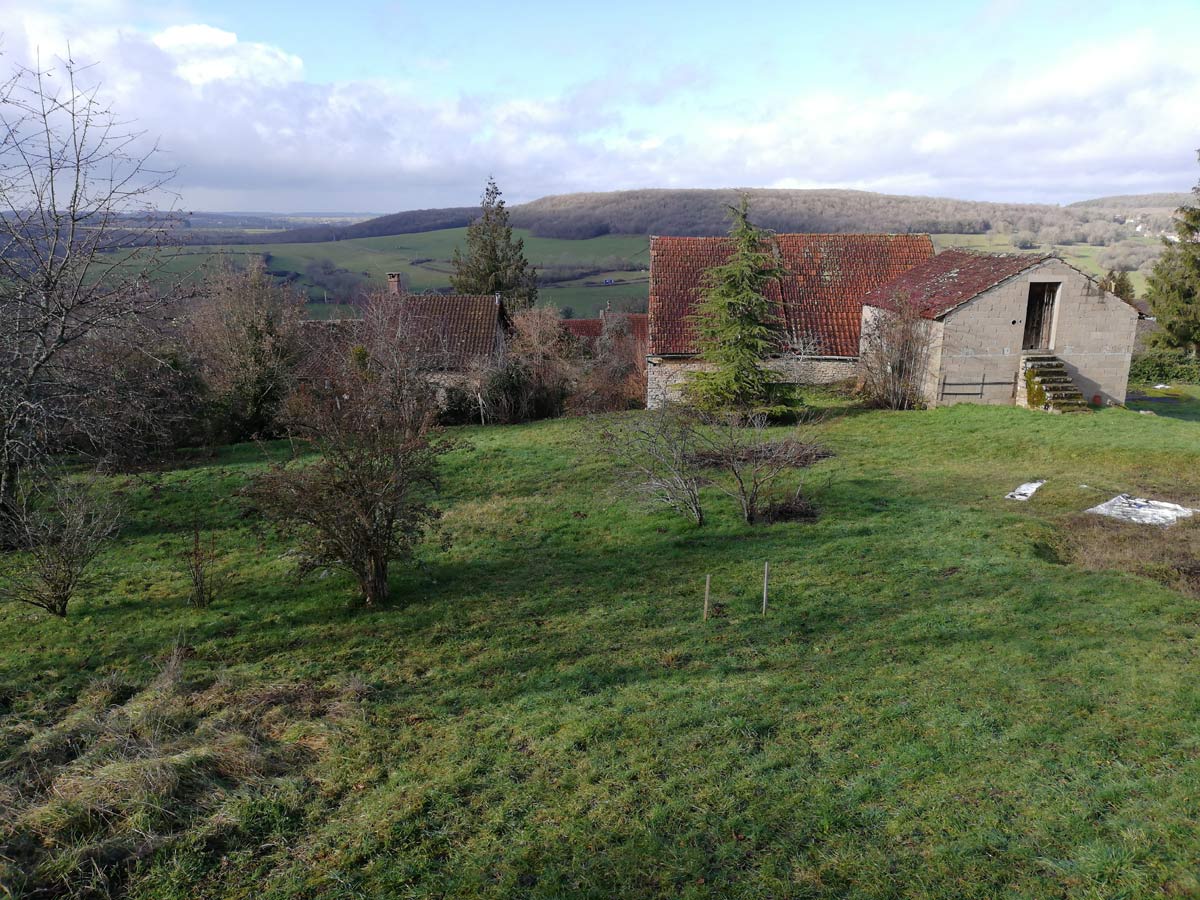 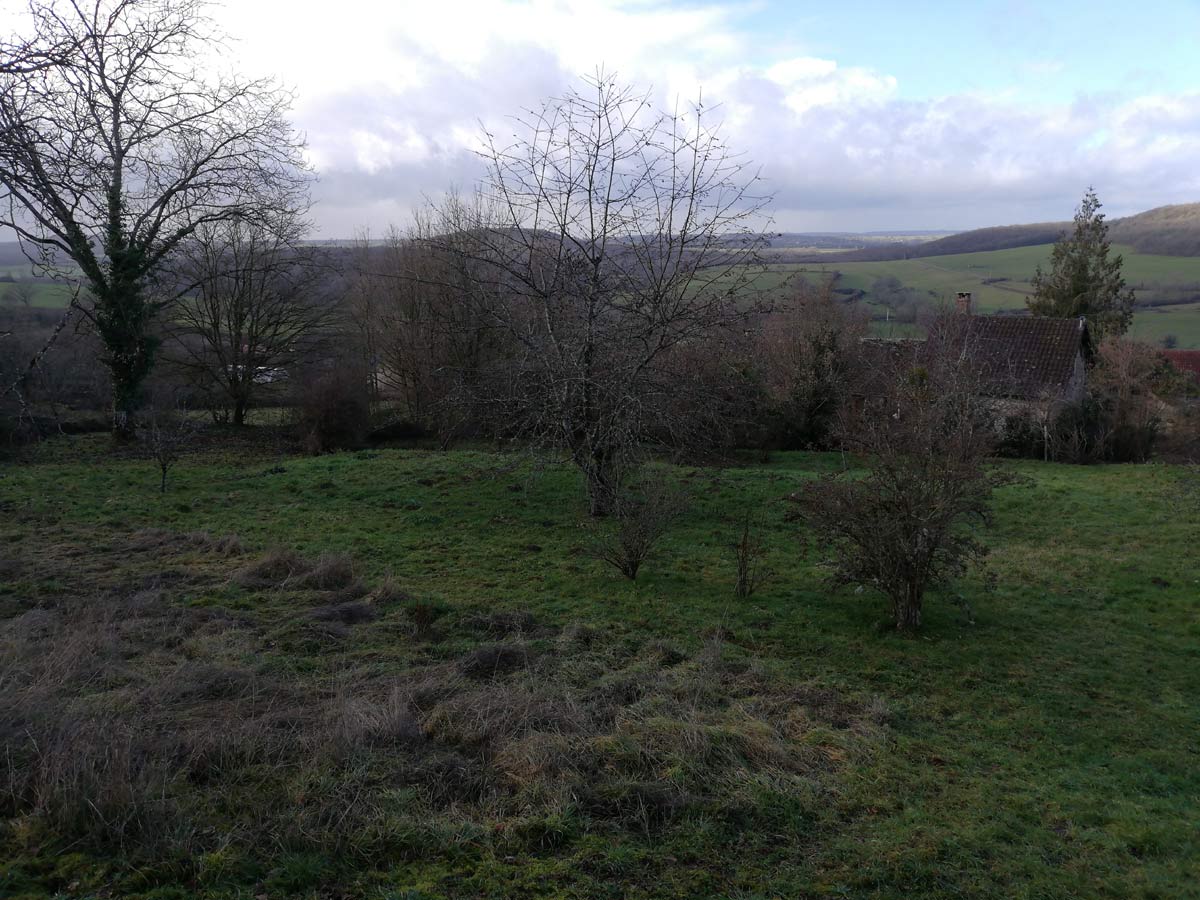 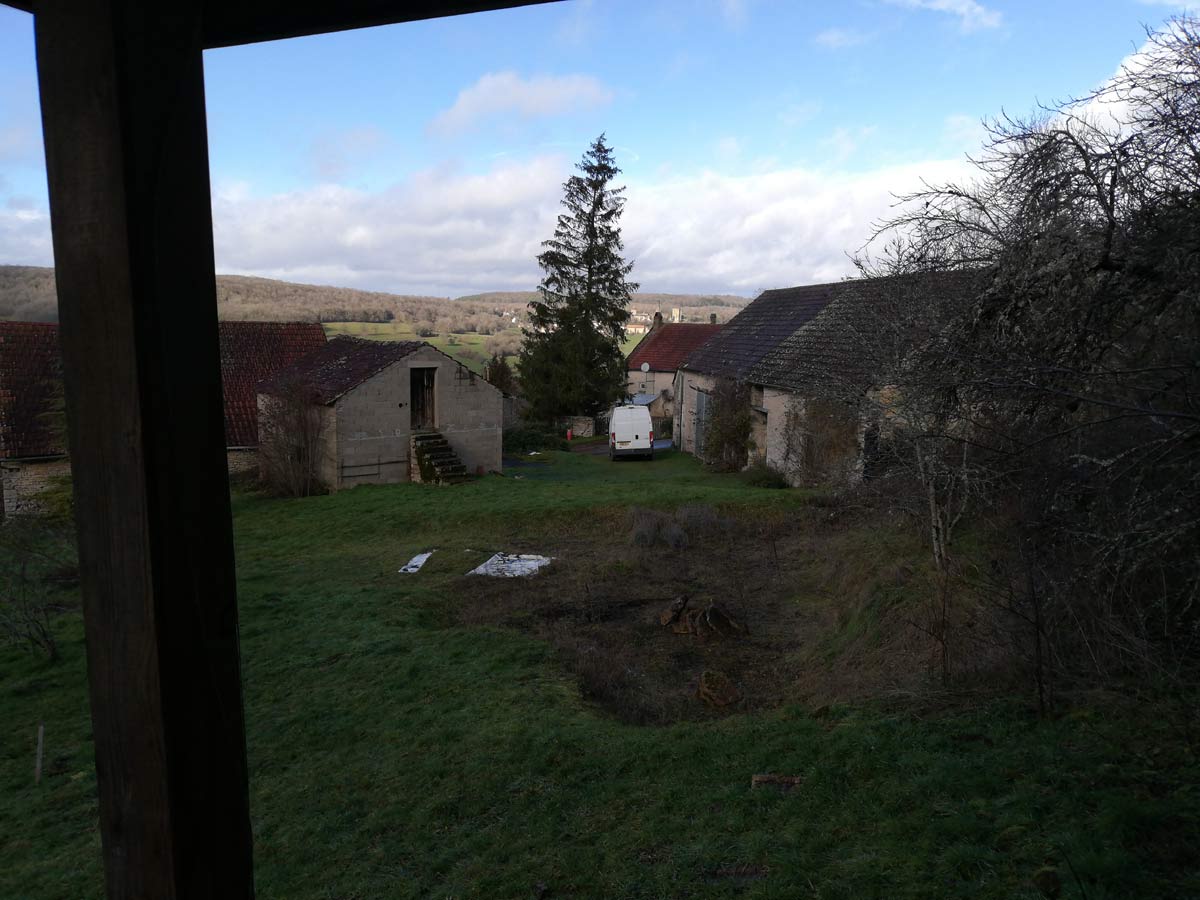 We had a wander around, enjoying the location, and discussing what could be done with the property, and I amazed myself by stating, "I'd be happy to buy a property like this." The price seemed very reasonable, considering the size and location of the parcel of land.

While we were there another couple turned up, having driven down from Dijon to have a look. There was obviously some interest in the property.

My proclamation of interest spurred Vanessa into action, and we soon had a viewing arranged with the agent. It turned out we already knew the sellers, who were close friends of the owners of our long term Burgundy house sit. The agent suggested we'd need to move quickly, as he'd had a lot of interest.

"Ha, the usual sales talk," I thought initially, but in the time we were there with the agent two more groups of people turned up to take a look around.

We made an offer, and with a little back-and-forth a sale was agreed.

We'd left our deposit before heading off to England in April, and a week after we returned we completed the signing.

Within the space of a single week we had become French residents as well as French property owners.

The only thing we didn't have was a particularly clear plan on what comes next!

In the months between viewing the property and finally becoming owners, the weather had warmed up, and the grass, weeds, shrubs and trees had all been very busy growing. 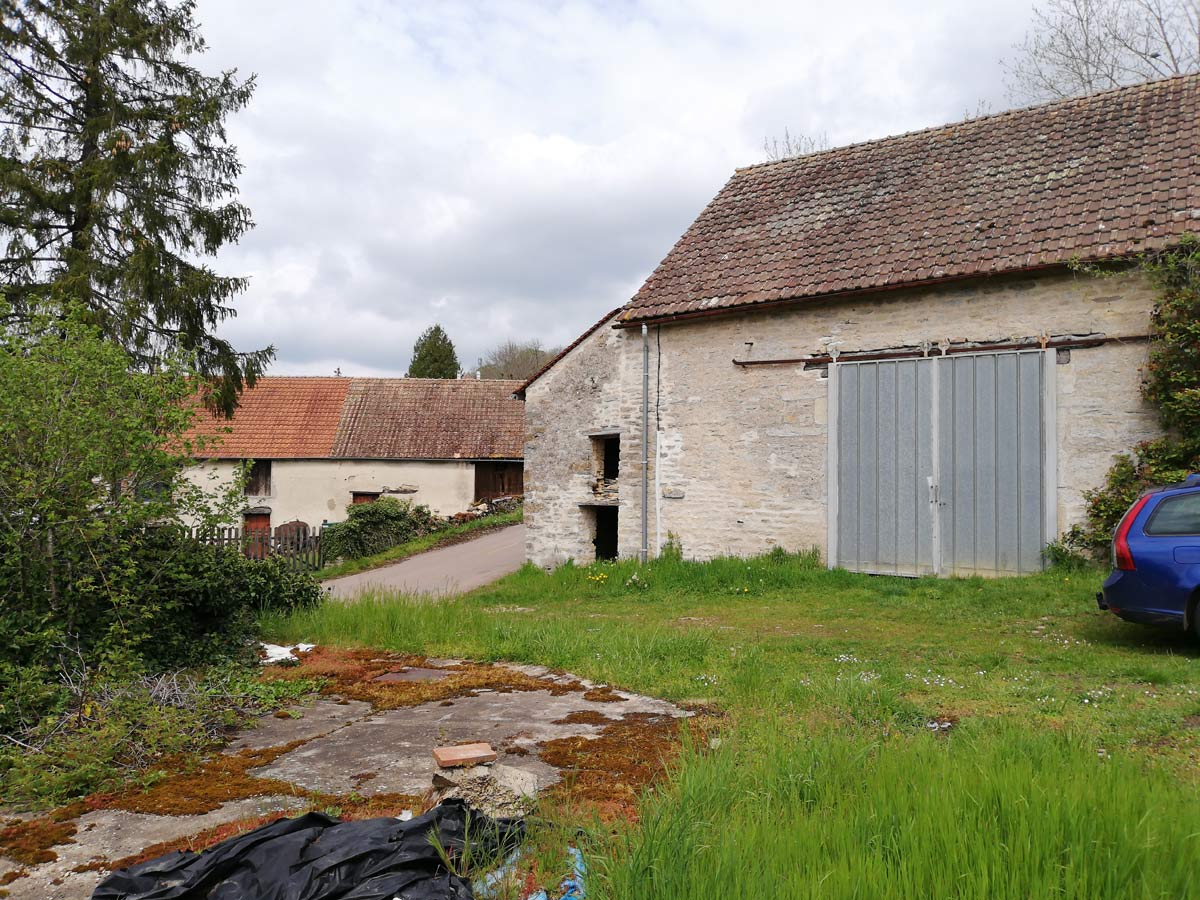 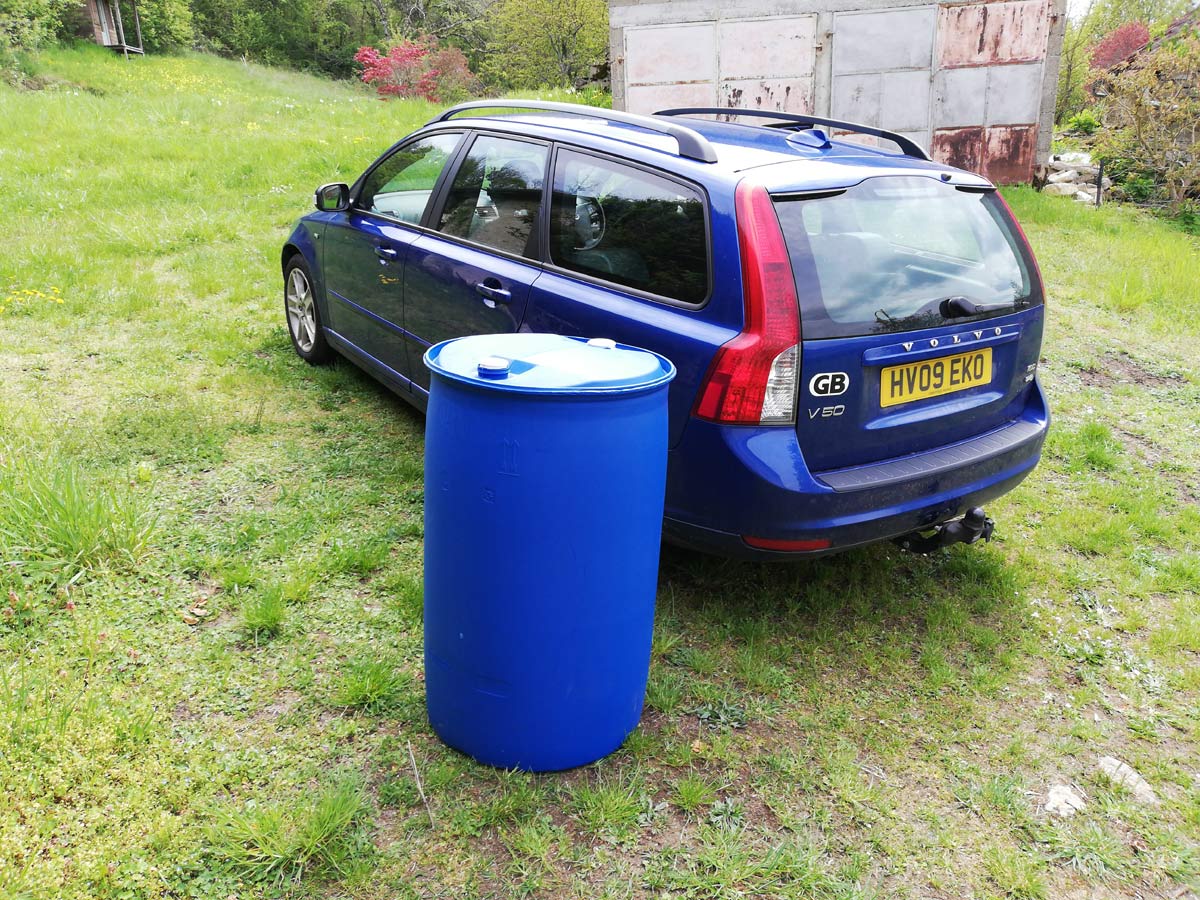 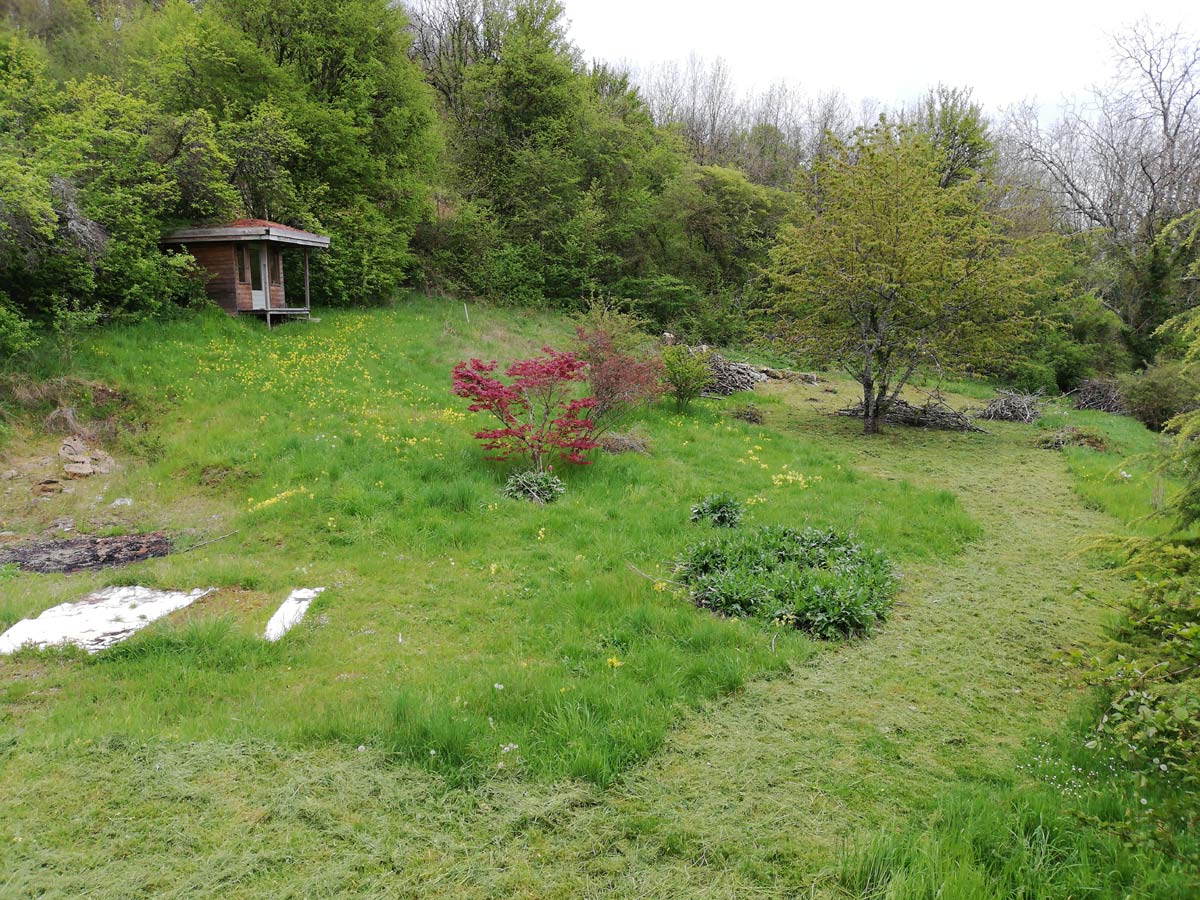 Why, WOW, SOOOO excited for you!!! I’m looking for something similar myself, over here in the states or maybe in MX. What’s you water situation there? On a well? What are the 4 seasons like there? Lots of snow and freezing in the winters? Just curious. I think you’ve made the right move and I’m looking for something similar. I’d LOVE to create a small (6-8 small homes) sustainable community with cob/strawbale homes, off-grid electric and water, ducks, a small lake (if I can find a place that has that), fruit tress, veggies, edible mushrooms, a circular campfire pit for evening story sharing and singing/music, sauna/hot tub/cold plunge and massage therapy room. I keep dreaming of all this – just don’t know where it is at the moment. Blessings to both of you in your new adventure.

Hi Sayward,
Nice to hear from you. We did consider water, as there is none on the property. However there is a spring in the village, and the neighbour has a well. He told us there is water on his property at 4 metres down, so there is a good chance we could drill a well too. A duck pond or small lake would be ideal. Your plans sound great. Hope you find the right place soon.
There are 4 distinct seasons here, and yes, winter can be cold with snow, but it isn’t too long… at least not like Whitehorse in Canada when I lived there!
More details coming soon as things progress (slowly).
Best wishes,
I & V