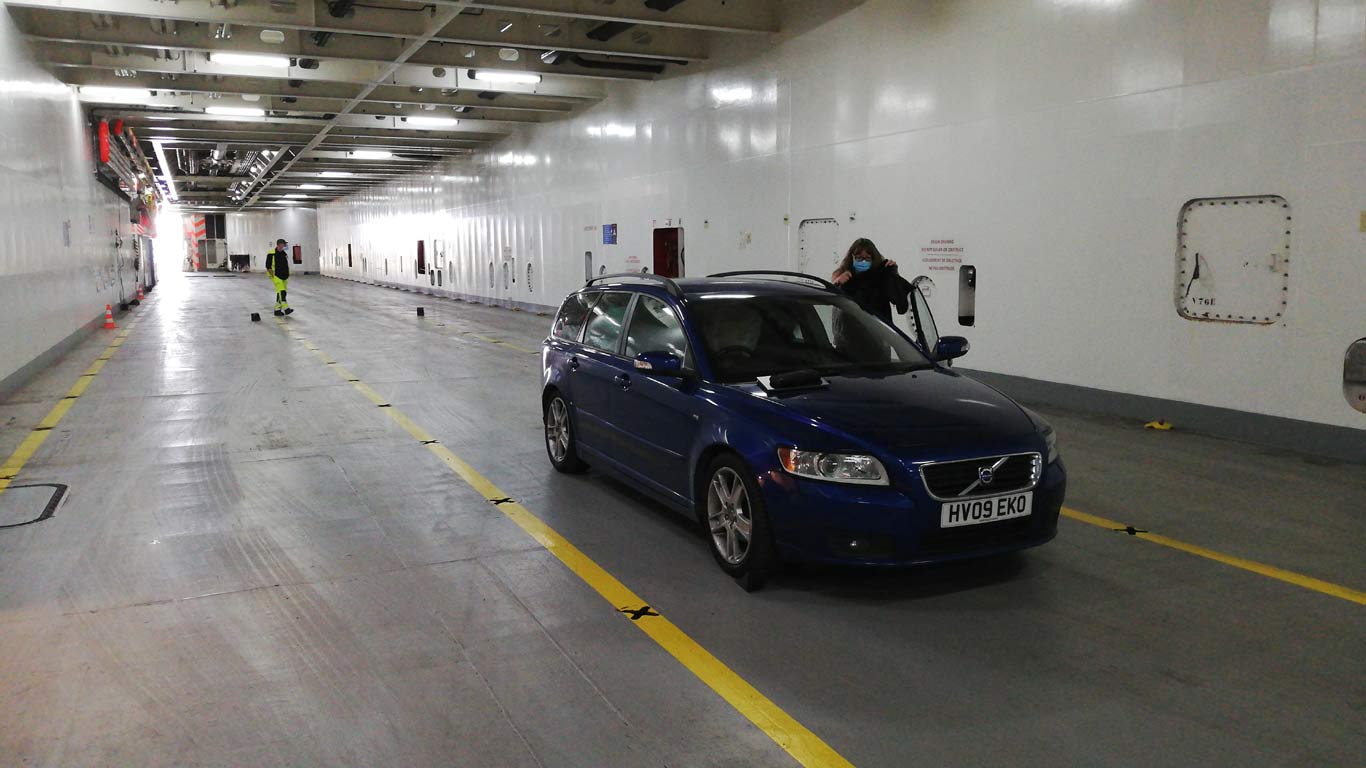 A big change of plans

When we initially arrived in France in October last year (2020) we had no idea we'd be staying here so long, or that we would be applying for French residency.

But it is a fast-changing world we currently live in, and as we've always said, it is vital to remain flexible, aware of changes happening around you, and prepared to make a change in plans should an opportunity present itself, or circumstances beyond your control force your hand.

In late March it was starting to look like the second scenario was developing, and changes in government policies may be about to have a serious impact on the choices we'd be able to make.

With both the French and UK governments talking about rising covid case numbers, and the UK in particular implementing some draconian regulations, we had to put some serious thought into our next moves.

Our campervan was UK-registered and insured, and importing it into France would be a minefield of red tape and taxes. Our original thoughts had been based around a vague plan of heading back to the UK for an extended period around May and June, when we'd be able to get a new MOT test (mechanical inspection) for the camper, and perhaps enjoy a month or so travelling around the highlands of Scotland before the tourist season kicked into high gear.

However, the UK government had by that time banned all travel abroad for UK citizens, and suggested fines of up to GBP £10,000, and possibly even imprisonment, would be the penalty for those trying to do so.
They had also implemented a 10 day quarantine requirement for anyone arriving in the UK, and depending upon the country you arrived from, this would either be self-isolation, or, if you were in-bound from a so-called "red list" country, enforced quarantine in a government approved hotel for 10 days, at a cost of £1,750 per person, or £2,500 per couple.

There were suggestions that France might be about to be added to the red list, so at the end of March we had to make a quick decision.

With there being a real possibility of not being able to return to the UK without incurring a £2,500 government hotel bill, we decided to head back at the start of April with the goal of selling the van.

We booked ferry tickets, found out where we could get a covid test on route to the ferry port, as we'd need on to enter the UK, and also booked the obligatory Day 2 & Day 8 PCR tests we had to take in the UK during our ten-day UK self-isolation.

Our hurried trip north through France went well, and we were pleased that our residency applications meant we could get a free covid test and certificate from a pharmacy in a small town close to the port at Dieppe.

Back in the UK we headed north to a friend's farm property, where we could park the van for the required 10 days of isolation. During that time we tidied up the van, and finished off all the last little jobs I'd never quite got around to while building it.

We dutifully sent our test kits in, under threat of massive fines if we broke the rules, and eventually were free to move around once more. 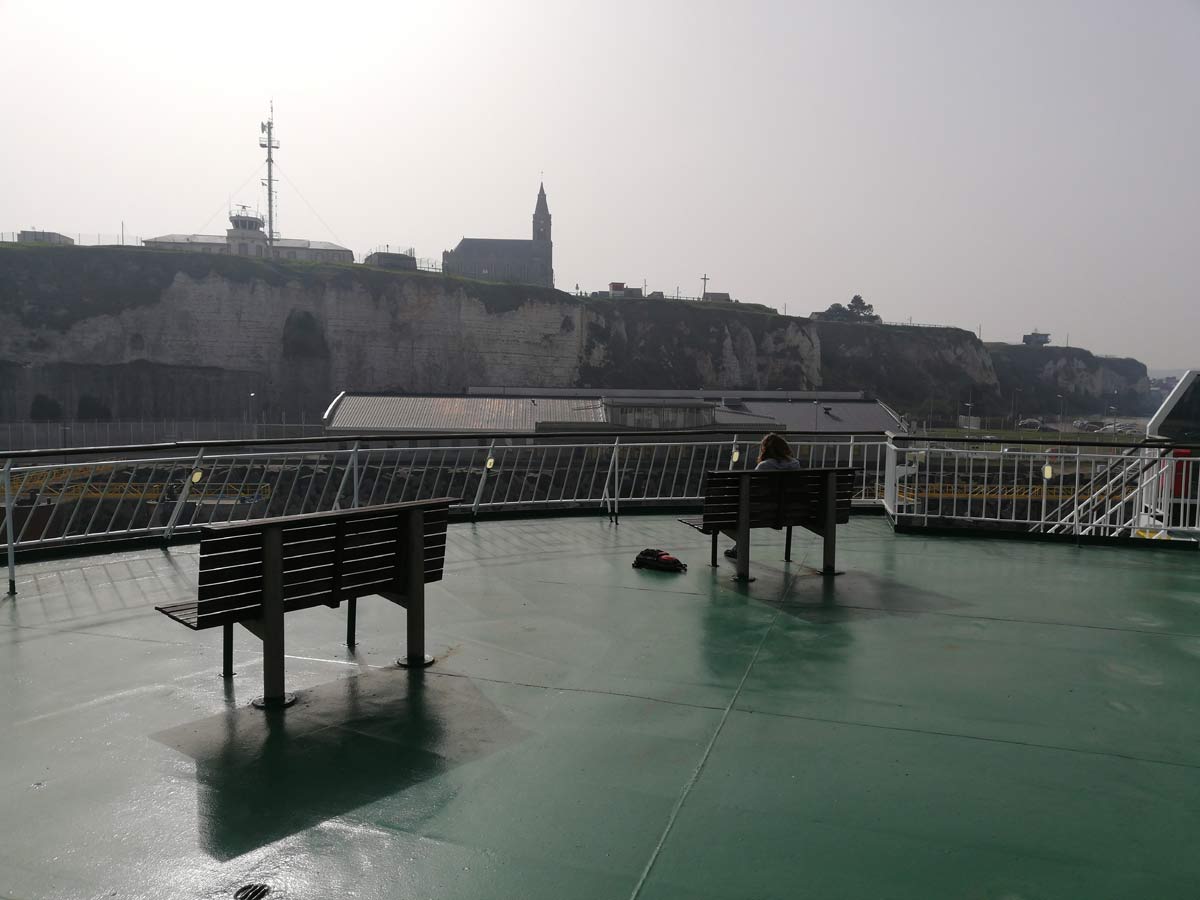 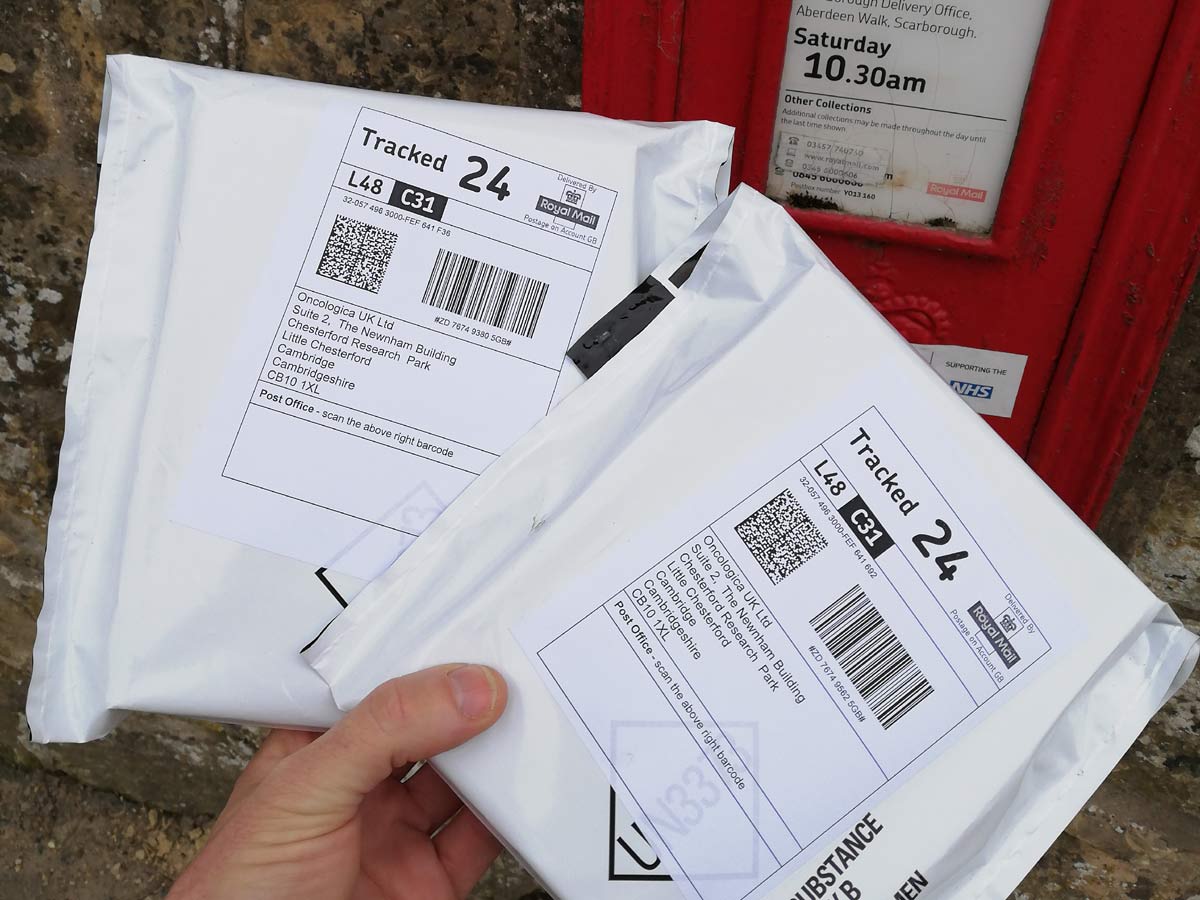 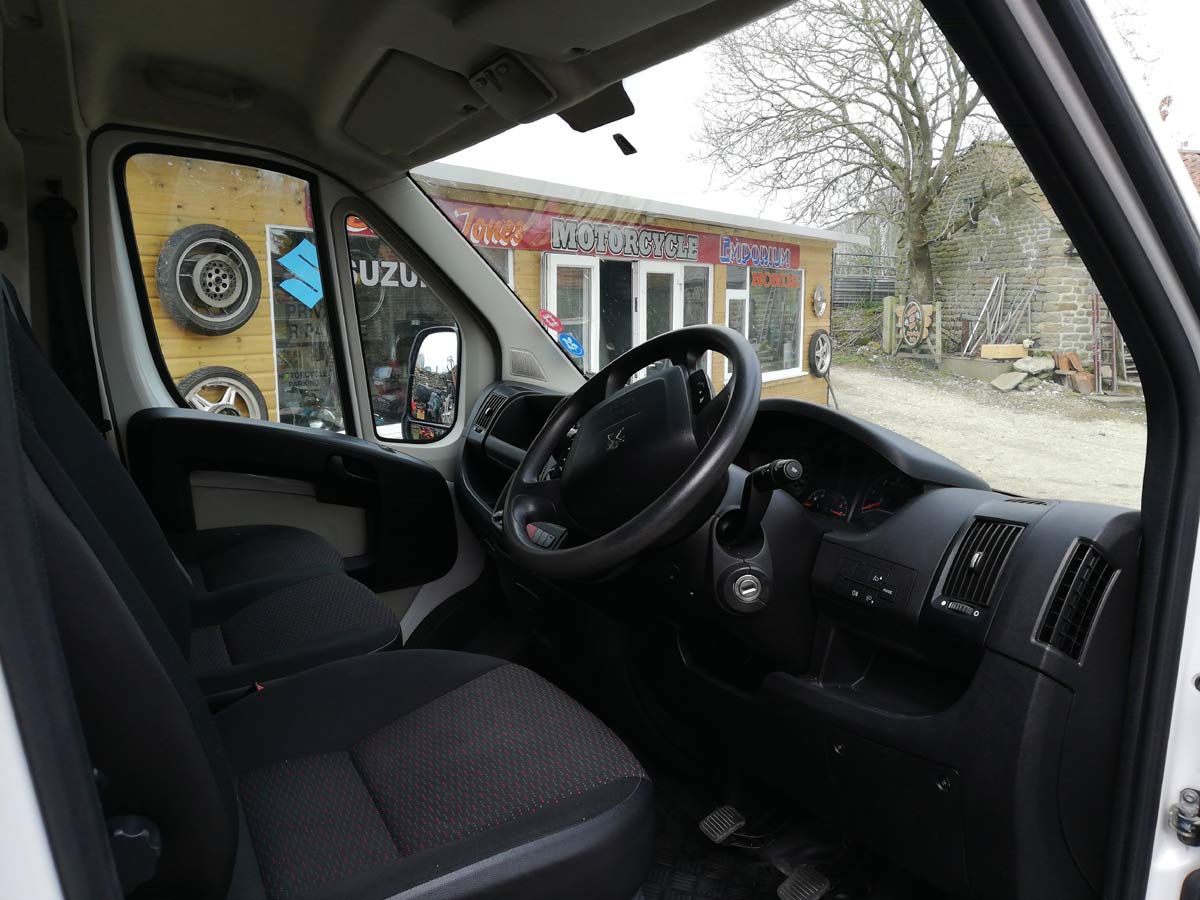 We spent a few days visiting friends and family, and placed adverts for the van. We got quite a lot of interest, and by the time we got to Vanessa's mum we had several people wanting to view.

The first couple who saw it bought it, and we spent our last night in it at a campsite close to Vanessa's mum's home. We were very sad to see it go, as we'd had such fun in it, but having so much of our savings tied up in a UK-registered vehicle while living in France, when travel seemed to be getting harder and harder, was just not a realistic proposition.

Before selling the van we'd bought a car, and transferred all our possessions over, ready for the journey back to France. The car was cheap enough that our current plan for it is to just use it for a year, and then either sell it or scrap it, whichever proves to be the easiest.

The ferry back to France was perhaps the most surreal experience so far, topping the cycle rides around the empty zombie-holocaust French countryside, and the eerily silent mid-winter ski resorts.

The UK was under strict "no-foreign-travel" rules, with treats of massive fines for simply turning up at a port of departure. We booked our PCR test to fit our return ferry date, and upon arrival at the port we greeted by cheery staff who asked, "Are you THE car booking for today?"

We thought they were joking, but we were literally the only car on the ferry. Four HGVs were loaded behind us, and the ferry set sail with a grand total, we think, of 8 passengers - two of us in the only car, two foot passengers, and four lorry drivers. 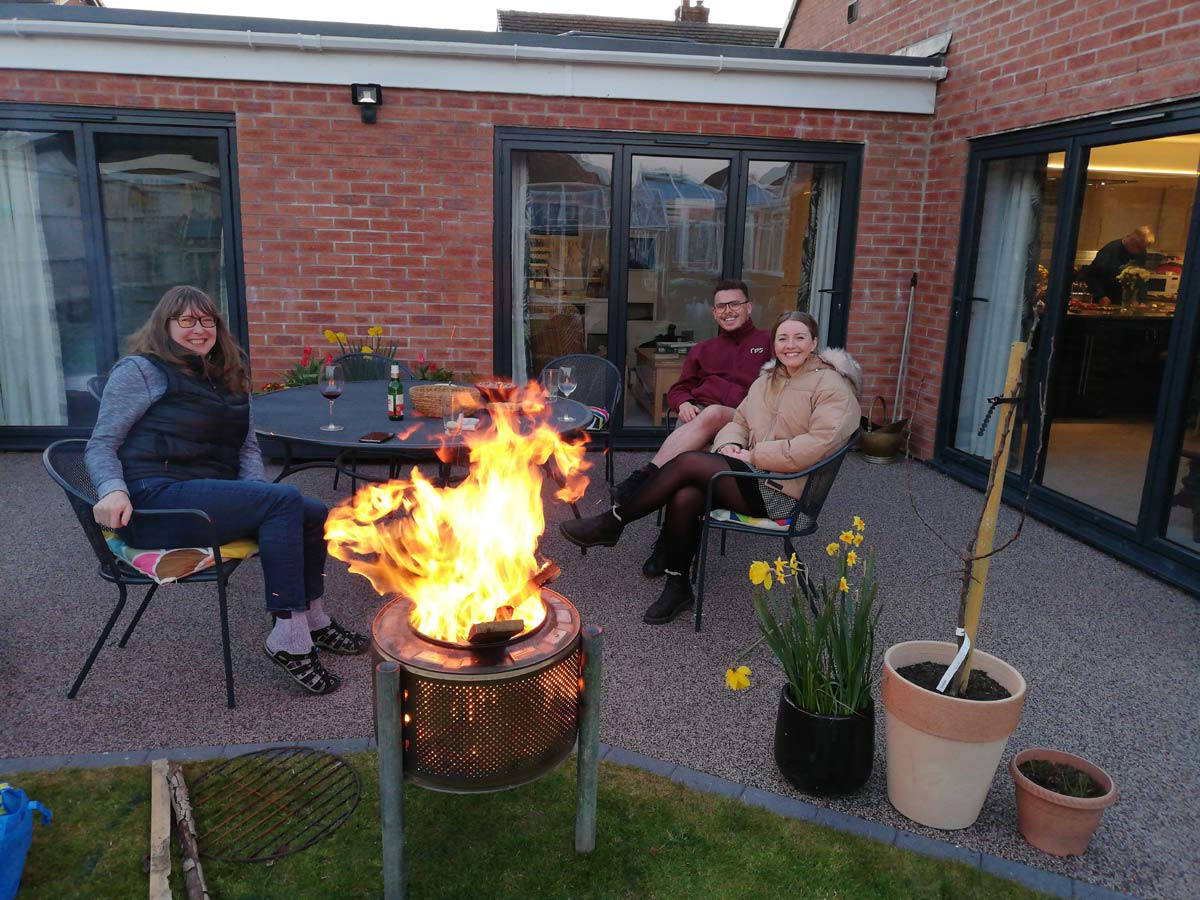 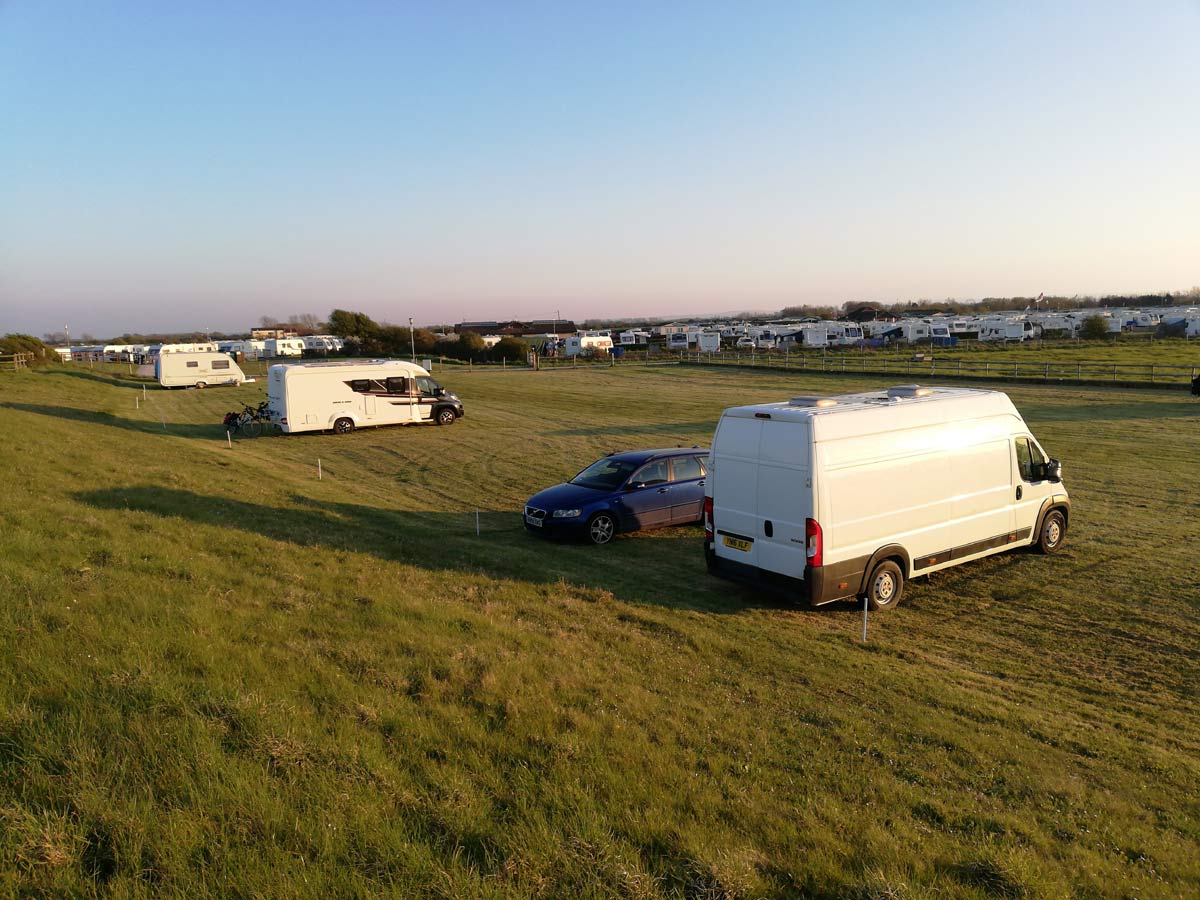 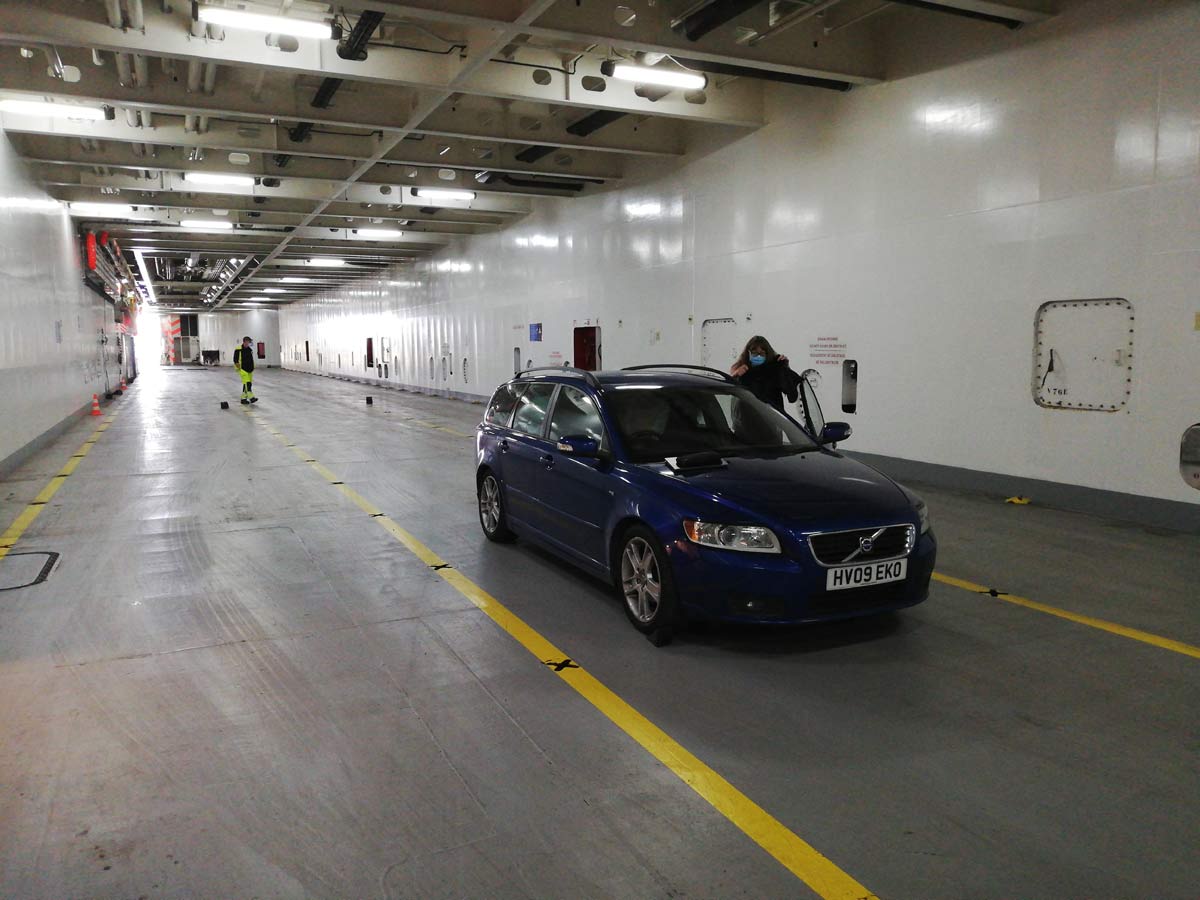 Once again we wondered how long businesses such as the ferry company could stay afloat under such dreadful economic conditions.

Here's a video of the deserted lounge and dining area of the ferry, as well as the return to the almost deserted vehicle deck. I tried to catch the announcement advising us, because of covid, not to group too tightly at the top of the stairs, but I missed it. It would have been hard to group the three of us descending to the car deck very tightly

Our papers proving our French residency application got us back in to France without any problems, and we began the long overnight drive back down to Burgundy.

By this time, late April, France was back under evening curfew restrictions, and the roads were utterly empty. We were amazed that we weren't stopped and questioned by police, even when road closures meant we had to take a detour through the outskirts of Paris at 3am.

Our UK return had been hurried and stressful, but it had been great to catch up with friends and family, as well as sell the campervan.

We'd have loved to have spent a bit more time in the UK, but we had a couple of important appointments to keep back in Burgundy...

Shame you had to sell the van after all your hard work, everyone buying them instead of holidaying abroad, covid has a lot to answer for!
Stay safe and happy 👍

Hi Keith,
Yes, a bit of a shame, but unavoidable really.
We knew April would be a good time to sell, because as you say, lots of buyers for the staycation holidays.
Maybe I’ll build another if I can pick up a decent van here in France. Although here there are so many campervans, and so many facilities offered for campers that I wouldn’t need to build such a stealthy van, like the one I made suited to the UK.
Cheers,
Ian

Wow, I’m working backwards in time with your adventures 🙂 Glad you were able to find a buyer for your van so fast, and I had NO idea that conditions regarding restrictions over there were as horrible as they were/are. I hope and pray France/Burgundy works great for you! If we ever get any travel freedoms back, I’d love to come visit and see what you’ve created there.

Hi Sayward,
Yes, it certainly looks like it was the right decision to sell the van. Although England is just about to relax many rules internally (“Freedom Day” is 19th July), European travel is still chaotic, with changes to red and amber lists daily. I think restrictions will be back again in autumn, so we’re happy to be settled here for a while.
Hopefully you can get to visit one day.
Best wishes,
Ian