The path will reveal itself….

With seven hours to yourself on the high moors, there is plenty of thinking time. And as I walked around my self-created challenge of visiting “Ten tors in 1 day”, I thought a lot about what the future may hold for me.

One of the questions that I get asked most often is, “What will you do once your 100 goals challenge is over?” And at the moment I don’t really have an answer. I was asked the same question many times during the build up to ALife4Sale, and until about a month before the sale began, I didn’t have an answer then either. All I knew was that I wanted to do some travelling.

But it was the question itself that eventually helped provide the answer about what I might like do after ALife4Sale was over. “What will you do after you sell your life?” Often the answer in my head was, “Whatever I like!” And what did I want to do? I started to write a list of some of the places I wanted to go, and some of the things I wanted to do, and with a couple of other little triggers, “100 goals in 100 weeks” was born.

And having been asked a couple of times in the days I have spent here what I will do after this is all over, I suppose the question was on my mind a bit as I wandered the moors from tor to tor.

Once above the walls of the farms the moor opens up, and the choices available in terms of route choice are endless. There are a few well defined paths, but for the challenge I had set myself, these paths did not always lead in the direction that I wanted. Most of the time I had to strike out across boulder-strewn moorland, with my target tor visible far in the distance, but the route between where I was and my final destination unclear.

I would set off knowing exactly where I was going to get to, but had only a vague idea of the exact route I would take to get there. And so with head down, watching the uneven rocks ahead, I only ever really had about three or four steps ahead clearly planned. After taking these steps, the choice of route for the next few steps became clear.

Sometimes when the ground became clearer the path for quite a way ahead was obvious. But on occasion the path that had seemed so obvious turned out to be boggy and unpassable, and some back-tracking and re-planning was necessary.

And as I walked this slowly unfolding and often changing path, I thought about what a good metaphor it would be for not only my progress throughout my 100 goals challenge, but also for life really itself.

In both cases we have a pretty good idea of the ultimate destination, but the path between here and there is often unclear. And it is only when we make a start towards the goal that we wish to achieve, and we take those first few steps, that the next part of the path reveals itself to us. Sometimes there are dead ends, and we have to back-track, but even as we do, so long as we keep our focus on the end goal, we are still progressing towards it, even though it may not feel like it at the time.

And so my thoughts wandered to one possible future course that a friend had suggested to me not so long ago. “Maybe you could do inspirational talks! About goal setting and achieving. You will certainly be able to consider yourself some sort of authority on the subject after this!” And this day on the moor, I thought, might make a good analogy to use in such a talk. About life’s often hidden path that only starts to reveal itself to us once we begin to walk it.

I have no idea how I would go about becoming a motivational speaker, but if I decide that that will be the path that I follow, I guess I just need to take the first step in that direction, and the path will reveal itself to me step by step.

Maybe even just writing about it here is taking the first step?

Many thanks to Simon, Helen, Cosmo and Daisy for their wonderful hospitality during my time here. What a wonderful and inspiring place you live in. 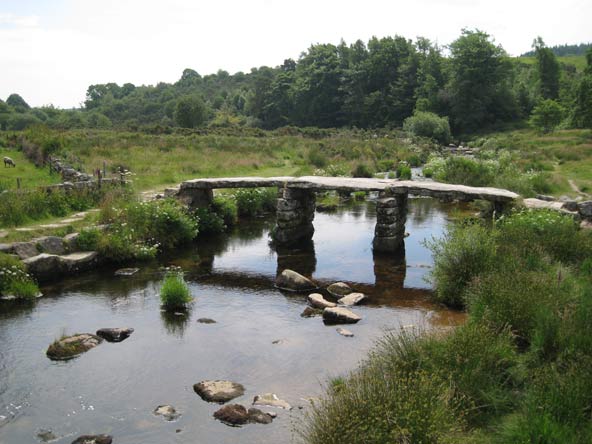 You'd be a great motivational speaker!