Last year, while staying with Moe and the kids in Whitehorse, we had a couchsurfer come and stay with us for a couple of days. His name was Gabriele, and he was working as a freelance photographer for an Italian newspaper.

He took a few photos of several people in Whitehorse, and was keen to do so with me too. I was surprised when he contacted me a couple of months later, to inform me that his article had been featured in the colour supplement, “D” that comes with national daily newspaper Repubblica:-
http://periodici.repubblica.it/d/?num=731 (page 36) 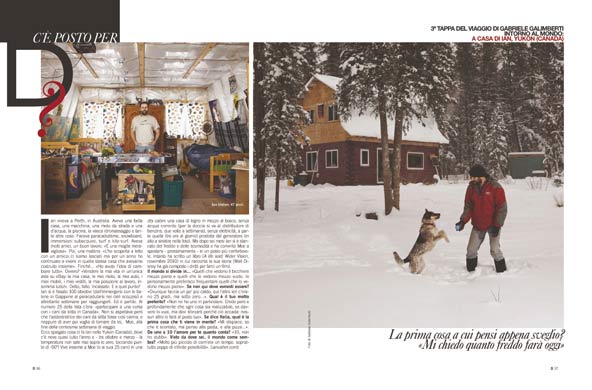 There was a bit of interest in the following days from a couple of other Italian publications, and I sent off some pictures and answered some questions. And then just yesterday I received an email from Italian glossy magazine “Millionaire”! I have just been featured in their latest edition. I’m surprised to be featured, this time because I am in no way qualified to appear in such an extravagantly entitled magazine. 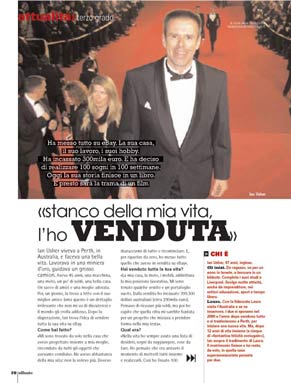 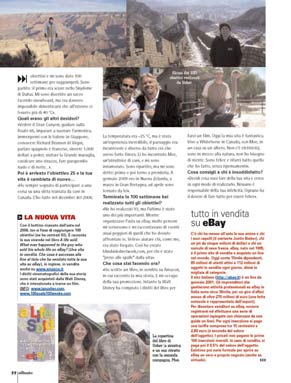 I also had a double-page feature a couple of months ago in UK magazine “Pick Me Up”, which was a follow up to an article they published a year previously. After that article came out, I was contacted by the UK-based reporter for US magazine “National Enquirer”.

They have a huge circulation, and the US-based office just sent me a copy of the story they are going to run. You can see the article below (click on either side of the article to see a larger version). The magazine itself is due to hit the shelves next week, I think on Friday 29th April. It is in the issue dated 2nd May. 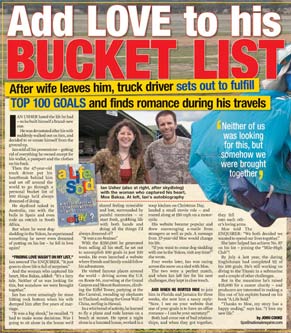 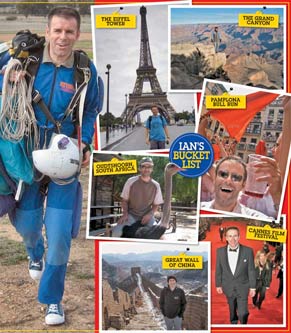