On my last day in Gold Beach Debbie took me on a tour of the area. She is very proud of where she lives, and rightly so, as it is a beautiful coastline. We drove south along the coast, and could see that there was a big fire in the hills above the beaches. As the smoke spread across the sky it shrouded the sun, and made a very strange orange light on the ocean, which looked quite spectacular, like a sunset in the middle of the day.

We followed the beaches and ocean lookouts back to the north, and ended up in town to see the sun set behind the bridge that spans the Rogue River.

After sunset we went for something to eat, and headed back to Ghost Cottage for my last night there. Kelli had arranged for a group of psychic investigators to come around for the evening to do some studies and take some readings at the house.

When we arrived, the investigators had set up all sorts of meters and cameras, and were listening with a variety of microphones and recorders. As the “investigation” got underway, it became pretty obvious that there was little in the way of objectivity in the way things were being conducted, as all present seemed to be complete believers in all things ghostly.

And yet once again there was no evidence of anything going on, apart from the occasional ticking or creaking, the usual noises of a house cooling and settling for the night. Each tiny noise was attributed to Bill, and as proceedings wore on, I became more and more amused, and frustrated.

Eventually Debbie had to leave, and soon afterwards, worn out after a long few days, I made my excuses and headed off to bed. I woke up occasionally during the night, roused not by any ghostly noises, but by the exclamations of investigators asking, “Did you hear that?” I soon fell asleep again.

I remain skeptical on the whole matter, perhaps even more so after three nights that for me were completely uneventful. I will however, keep an open mind, as some of the stuff Kelli told us is quite interesting, and some of the facts she knows are quite compelling.

Ultimately, I was disappointed not to experience anything at all, but still feel happy that the goal has been thoroughly completed, much more so than I could have ever hoped thanks to Kelli and Riley’s kindness, and to Debbie for her wonderful hosting, overall organisation, and enthusiasm for the area. 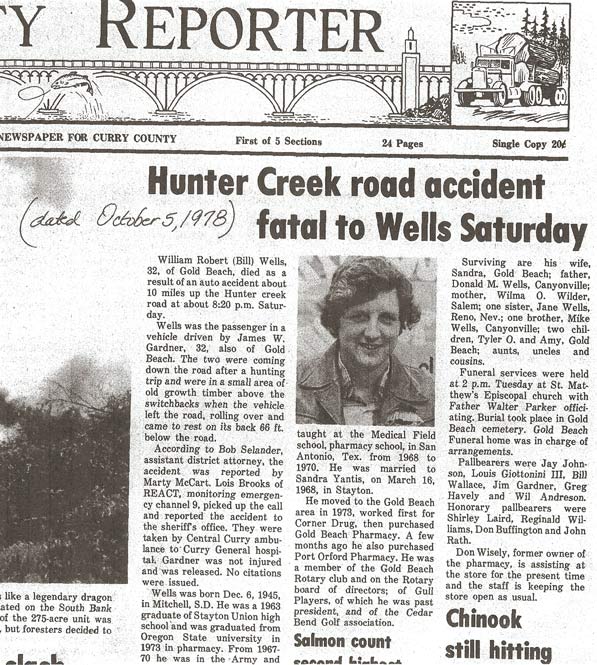 For those who missed it in the earlier “Goal 22 is tamed – horse riding at sunset” post, here’s the jet boat video. See the earlier post here for full details.

As a member of the “psychic investigation” team you mentioned in your article, I have to admit my curiosity at some of the comments left in this blog.
(and let me add that we are paranormal investigators.) I will address your comments one at a time…

“When we arrived, the investigators had set up all
sorts of meters and cameras, and were listening
with a variety of microphones and recorders.”

-When you arrived, you barely showed an interest inmeeting us, even though we had driven an hour and a half for your benefit. You, almost immediately, sat down to you computer at the kitchen table and, for all intents and purposes, seemed to not even acknowledge the fact that we were there. At least Debbie spoke with us and even offered us all a taste of her local brandy she had bought for the occasion.

We had previously gone through the house taking readings of EMFs and temperatures to establish a baseline before beginning our investigation. Kelli asked you several times if you would like to join us so that we could start the investigation but you showed no interest in doing so. In fact, it took you over an hour to look up from your computer and simply get introduced to Jeni who also had been patiently waiting for an acknowledgement that you knew she was even in the room.

Finaly, we opted for simply attempting to make contact with any spirits that may have been there by using the K2 meter. After all, an investigation on your behalf seemed pointless with you showing no interest at all.

Once you joined us for the almost minute amount of time you chose to do so, we did have a few spikes on the K2. Most of these were as you were stepping outside, obviously bored, and we even joked that perhaps it was Bill expressing happiness that you had left the room. When you DID share an opinion, after us telling you that we had gotten a few spikes and wanted to further investigate, you told us that it was your “super-phone” that had set off the K2. Your “super-phone”…from across the room. Any investigator with a lick of experience knows this is unlike to say the least. However, NOT being the type of people who are “complete believers in all things ghostly” we tried to recreate the spikes by using all of our cell phones (including yours)to set it off. Only 2 of the phone gave the slightest change in reading, and that was only when we actually rubbed the phones on the K2. Hmmm, kind of excludes your “super-phone” doing so from across the room, doesn’t it?

“Each tiny noise was attributed to Bill, and as proceedings wore on, I became more and more amused, and
frustrated. Eventually Debbie had to leave, and soon afterwards, worn out after a long few days, I made my excuses and headed off to bed. I woke up occasionally during the night, roused not by any ghostly noises, but by the exclamations of investigators asking, “Did you hear that?” I soon fell asleep again.”

I can understand how you would be annoyed….after all, the off and on 30 minutes you spent with us must have been unbearable for you to deal with. It was due to your obvious annoyance and complete lack of interest that we chose not to even BEGIN the investigation until after you had gone to bed. And if you had been the least bit open minded, and tried to take part in it, you would have realized that we did not chase every little noise and creak. In fact, what few noises we heard we were usually able to explain in a completely rational way. What we could not explain, however, was the mist like figure that came rushing at 2 of our investigators inside the house. Nor could we explain the voices that we later heard on our recording devices.

You may ask yourself why would I be bothered by a non-believer. Truth is, normally I am not. We, ourselves believe in the paranormal, but have nothing against anyone who doesn’t. And we are known for our ability to find rational explanations a great deal of reported activity. After all, all that goes bump in the night is not ghostly. What annoys me about YOU is this:

You requested to stay a night in this house as was one of your 100 thing to do. Kelli and Riley graciously agreed to let you do so. You were to arrive on Wednesday. Instead, you showed up on Monday. You proceeded to stay not just Monday night, but Tuesday and Wednesday night as well. You had a professional paranormal investigation team drive an hour and a half so that you may have a chance to witness some paranormal activity. We had no notice, we simply packed our gear and left for Gold Beach, dropping everything we were doing to be of benefit to you.

And your response to all these things was to invade a home for three nights, often making the homeowners themselves feel as though THEY were a bother to YOU. You rudely ignored us, all but saying you thought we were all fools, and then proceeded to write what you did about an investigation you took no part in.

Perhaps if you had shown the least bit of interest, you could have experienced something new. Not necessarily even a spirit, but simply the art of investigating. And it confuses me even to this day why you would even have that particular thing on your list when you obviously have no interest in it whatsoever.

I, along with the rest of the team, took great offense to the things you wrote. Not just about us, but the whole time you spent in the Ryan’s house. But, at least none of had to feign an untrue “your welcome” since you gave no thanks to our efforts made for you.

In closing, I hope that the rest of your journey fairs better, Mr Usher. But perhaps if you take your head out from under the covers or get brave enough to look up from your computer when you hear a noise or two…. you may discover that not all things are simply possums.

I to was there during the investigation my name is Jeni and yes I was very offended by Ian Usher I found him very rude and self centered. He paid no mind to the fact PSI had drove one and half hours literally dropping everything for Ian’s convenience. I arrived to find Ian not talking to anyone but Debbi. I was there an hour and half before he even spoke to me, by the way he was not a gentleman who got up to introduce himself he was practically forced to even say hi. After Kellie repeatingly asked if he wanted to meet me he finally gave in on about the 5th time. When we started the investigation he took no interest at all. I found it rather rude that here we are conducting an investigation on his behalf and what does he do… He chooses to sit at a table on his internet and literally ignore what we are doing. Finally Kellie was able to pry him away from his phone and the internet and get him to join us. He acted very rude the entire time making no effort at all to get involved. It was like he thought he was “too good” After a few spikes on the K2 he without asking picks up the K2 and proceeds to use it like a stud finder trying to persuade us there has to be something in the room setting it off.. What got me about that was the fact that PSI is a investigation team. Yes a real investigation team with 30 yrs combined experience! I have worked with them time and time again now and I know they cut no corners. This team is as legit as they come. Each team member puts there heart and soul into every investigation. Maybe to Ian this is all a joke to us, its not! This is our passion, this is our research team. We take interest very much interest in what we do. Dont you think with all our experience we would have rued out already what in the room could possibly trigger off the K2. I mean our job is to investigate right, if it was all a joke why would we spend so much time and so many hours trying to collect valuable evidence if we were just going to fake the whole thing. Seems pretty pointless if you ask me.. So Ian Usher take that into consideration ! You made no attempt to take any interest what so ever in what we were there do to, never once did I hear a thank you come from your mouth. You cause me to leave that house with to say the least “a bad taste in my mouth” You Ian Usher are about as big of a joke as you think our investigation was! Hope the rest of your travels worked out bettr for you since we obviously bored you