Goal 65 – Riding in the Elephant Parade.

Well, here’s another example of achieving a goal in a manner way beyond what I could have hoped for or expected. I had heard rumours that tourists could ride the elephants (for a fee, of course!) in the Elephant Parade, as the elephants make their way from the start of the route, which is right outside my hotel, to the Elephant Buffet Breakfast site.

I was up early, and in the hotel lobby I got chatting to Irene, who was also wondering about riding an elephant in the parade. We decided to pool our resources and share the cost of an elephant taxi, and before long Irene had found us a pretty large elephant for the journey.

Outside the hotel preparations were in full swing, with colourful floats, dancers, and elephants all arriving in the square. Irene introduced me to Darlien, our 30 year old female elephant, and Peter, our mahoot.

When the time arrived we climbed up onto a tall fence, and then one foot on Darlien’s huge head, and up onto the seat. It seemed very high up, but the ride was very smooth and steady, and we soon relaxed.

The parade began, and we all filed down the main street, which was wonderful – a huge long line of elephants ahead and behind us. The atmosphere was very festive, the parade route lined with school children, families and holiday-makers.

The journey lasted about twenty minutes, and we were eventually dropped off at a tall platform just before the elephants entered the roundabout area, and on into the buffet.

Irene and I followed a couple of elephants into the buffet street, and I was slightly surprised, having lived mainly in health-and-safety obsessed Western countries, that nobody seemed to mind, or wanted to stop us. But we weren’t the only ones, and the street was filled with a mixture of people and elephants, all wandering together. Both busily taking photographs, Irene and I soon got separated in the crowds.

The elephants tucked in with enthusiasm to the huge spread of tasty elephant treats, and I wandered around happily among them. It was incredible to freely wander around among the huge animals, and I was amazed at how relaxed and gentle they were when you fed them something. All the elephants seemed very aware of people around them, and always avoided collision, but you had to keep a wary eye behind you as they tended to approach quiety, and were right behind you before you knew it.

I loved every minute of it, picking up some bananas or corn, which seemed to be the favourites, and offering them to a passing elephant, which would collect them gently with it’s trunk, if it wasn’t already well stocked up.

The atmosphere was wonderful, and I walked the length of the buffet a few times, sometimes taking pictures, sometimes just enjoying weaving in and out of the groups of giant creatures towering above me.

What an absolute delight! Thanks to Irene for joining me aboard this goal, and of course to Darlien and Peter. 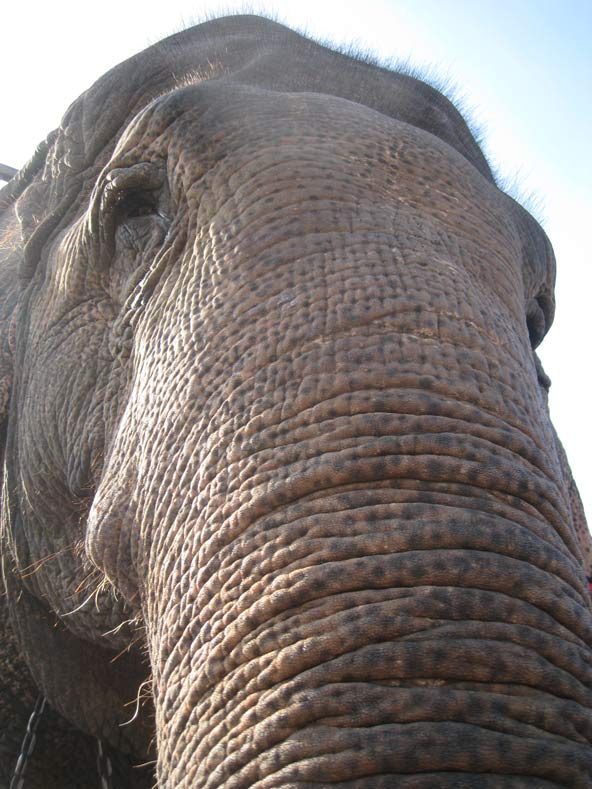 Some video of the event here:- 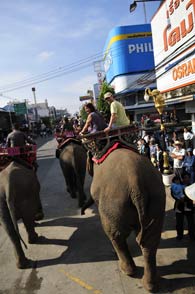 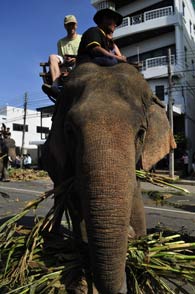 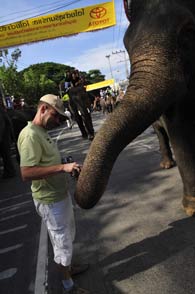