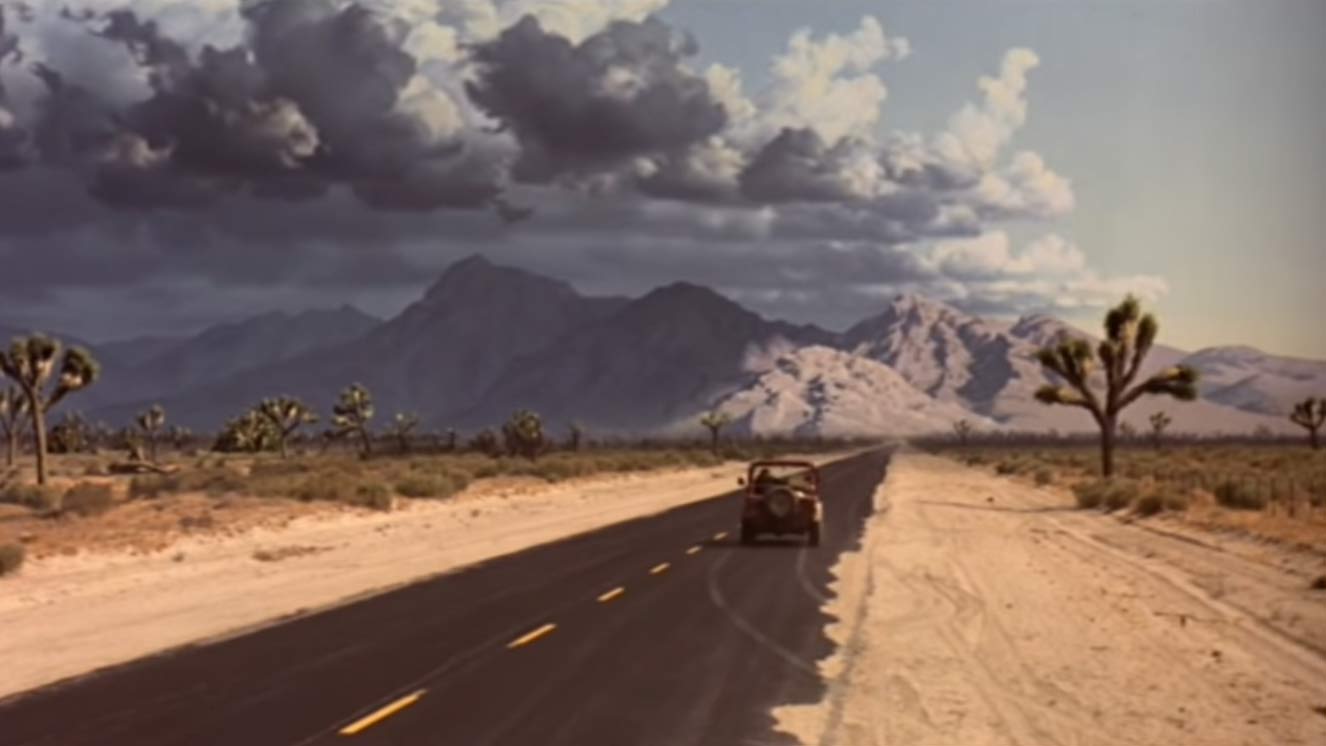 The man’s face is haggard from fatigue, as he holds the woman’s wrist tight and looks deep into her eyes, forcing her to pay attention, desperate to get his message through to her.

For Sarah Conner, in the 1984 movie The Terminator, this is the moment she finally begins to believe what Kyle Reese it telling her. She begins the process of acceptance of what is to come.

This is the point we are at in the current crisis playing out across the world today as coronavirus continues to grow exponentially in many countries.

Take a look online for videos showing conditions in hospitals in Northern Italy. Watch the news to see doctors, their faces haggard with fatigue from endless days of struggle, stress and trauma, as they try to find the words to explain their situation.

They need us to listen. They're desperate for us to understand.

They already know what is coming our way next. It can't be reasoned with. It doesn't feel pity, or remorse, or fear.

And yet, until recently, some people still preferred to brand the reports as “fake news”. Or try to suggest that the world is over-reacting. “60,000 people die from the flu each year, and nobody panics about that.”

But the protesting voices are beginning to quieten. As the days go by we see more travel restrictions from governments around the world, and every other day the stock market plunges on waves of fear as more bad news is reported.

The daily tidal wave of bad news, and the mounting death tolls, are now serving to convince most of the die-hard head-in-the-sand remnants who are still in denial, but many of us will now face a significant challenge in quickly adjusting to this new world reality.

The changes, shocks and challenges will continue to build over the coming days and weeks, probably months. Part of the difficulty in adjusting is that we just don’t know how long this might last.

Adjusting to any new and difficult situation, especially one involving a huge element of the unknown, can be very similar to dealing with grief. We have to go through a series of emotions before we reach a level of true acceptance that allows us to think clearly again, and make decisions based on reason and planning, rather than fear.

The six stages of awareness

I’m going to quickly paraphrase a great article by Chris Martenson in which he outlines “The 6 Stages of Awareness”:
https://www.peakprosperity.com/the-six-stages-of-awareness-3/

Over the past couple of months many people have simply refused to believe that the virus will have any significant impact on them. Everything is being blown out of all proportion. Anyone who makes any sort of prediction about a terrible future is being “alarmist”, or is already “panicking”.

Take a look at the words and actions of one particular president... you know who I mean... who in the early stages of the spread of the virus, believed, and stated publicly several times, the numbers would drop to zero, and the virus would simply “go away”.

At this point people will become more aggressive in their denouncement of those trying to sound the alarm. They just don’t want to hear about it.

This is when even those confident in their dire predictions for the future might decide to stay silent. Anger often manifests itself in the form of ridicule from those not yet ready to accept what is obvious to others.

In this stage, as the anger fades, we try to convince ourselves that all will be OK. If we just take a few vitamins, if we stay fit and healthy, if we don’t go out as much, maybe we won’t be affected.

Fear is a very natural instinct, and has helped keep our species alive over the millennia. But it can also be debilitating, reducing us to a state where we are unable to make rational decisions. Maybe we rush out and buy as many toilet rolls as we can get our hands on, simply because others are doing so.

We don’t think clearly in a state of fear.

At some point most people will pass through the “We’re all doomed!” stage. The reaction we have is to wonder if there is any point in trying to do anything at all to help ourselves. This is the most important stage to get through as quickly as possible, because is serves us no purpose at all.

Fear can at least jolt us in to some sort of action. Depression just stops us in our tracks.

Finally you will accept that, yes, this situation is real, and yes, there is plenty you can do to help yourself and your loved ones. This is when you will be able to think clearly again, and make the decisions you need to make in order to deal with the situation. At that point you’ll be able to take decisive action.

Vanessa and I began our process of acceptance at the end of January, when a newsletter I receive regularly alerted me to a small viral outbreak growing in Wuhan, China. I was initially interested, as Vanessa and I lived in China for a year in 2015, but I soon became concerned as I learned more about the nature of the virus.

Since 24th January Vanessa I have watched Chris Martenson’s daily video updates as the virus began to spread. Chris has been level-headed and realistic. Yet in the early stages he was often ridiculed as a fear-monger.

However, watching his calm, informative, thought-provoking videos has helped us make our own decisions about what we need to do to prepare, both mentally and in practical terms.

It feels like Vanessa and I have had a period of 6 or 7 weeks to adjust. We passed through both the denial and bargaining stages, but seemed to skip the anger. We’ve experienced a bit of fear, and on occasion we’ve both felt a bit down about what is coming.

But for quite some time we have been at the stage of complete acceptance, and have been able to make what we hope will prove to be sound decisions. Things are changing on a daily basis, and it looks like they’re changing again for us, based on a communication received today.

However, because we’ve had time to accept and adjust, we’re now in a position to be able to think things through clearly, and implement a well thought-out Plan B we have been working on for a while.

Everybody deals with emotions differently. Some will pass through the 6 stages of acceptance quickly, some will get mired in their anger or fear, and it will take longer to reach a true understanding of the new reality.

At times you will find yourself returning to an earlier stage, maybe becoming angry again, or feeling the fear return.

This is all natural, but as time progresses you’ll find yourself spending more time in stage 6, and will be able to cope with whatever challenges are thrown at you from a position of strength, rather than a place of fear or denial.

That’s when you can begin to help others reach this point too. We’re all going to need to help each other through these stages.

Some of you reading this will already be well on the way to fully comprehending the situation, and for those of us who are, it is our duty to help the others to move through to full acceptance as quickly as possible.

I’m also sure some of you reading this will think I’m just another person who is “panicking”, and will brand me a fear-monger.

I truly hope you are right.

I would love to be proved wrong, but I honestly believe it is only a matter of time (maybe just a few weeks) before we (here in the UK) are in the same situation that Italy is facing right now, and our health system is completely overwhelmed.

This also applies to several European countries who are already much closer to this point, and to the USA and many other countries.

If you haven't done so already, I suggest you also take a look at my previous post about exponential growth.

I think an understanding of how viruses spread, and how numbers grow so quickly, is one of the keys to really accepting what is happening right now:
https://www.ianusher.com/freedom-lifestyle/the-astounding-nature-of-exponential-growth/

In the final scene of The Terminator (1984), Sarah Connor has completed her journey to acceptance of the dark future that lies ahead.

“What did he say?” she asks the garage attendant, after a little boy says something in Spanish to her.

“He says there’s a storm coming,” the attendant replies.

Sarah pauses in calm contemplation, gazing at the darkening horizon, and finally replies...

It’s time to support each other, to accept our new reality, and to prepare as best you can...

“This will not pass you by; this is not a tornado, it is a hurricane.”

Thank you, Ian, for articulating this so well.

We’re quickly moving through the stages and now have our Plan B in place. Fingers crossed we get back home before all borders close.

As for helping others, that is truly being seen now both in our house sitting community and elsewhere. Sometimes it takes a crisis like this to bring out the best in people and to bring people together.