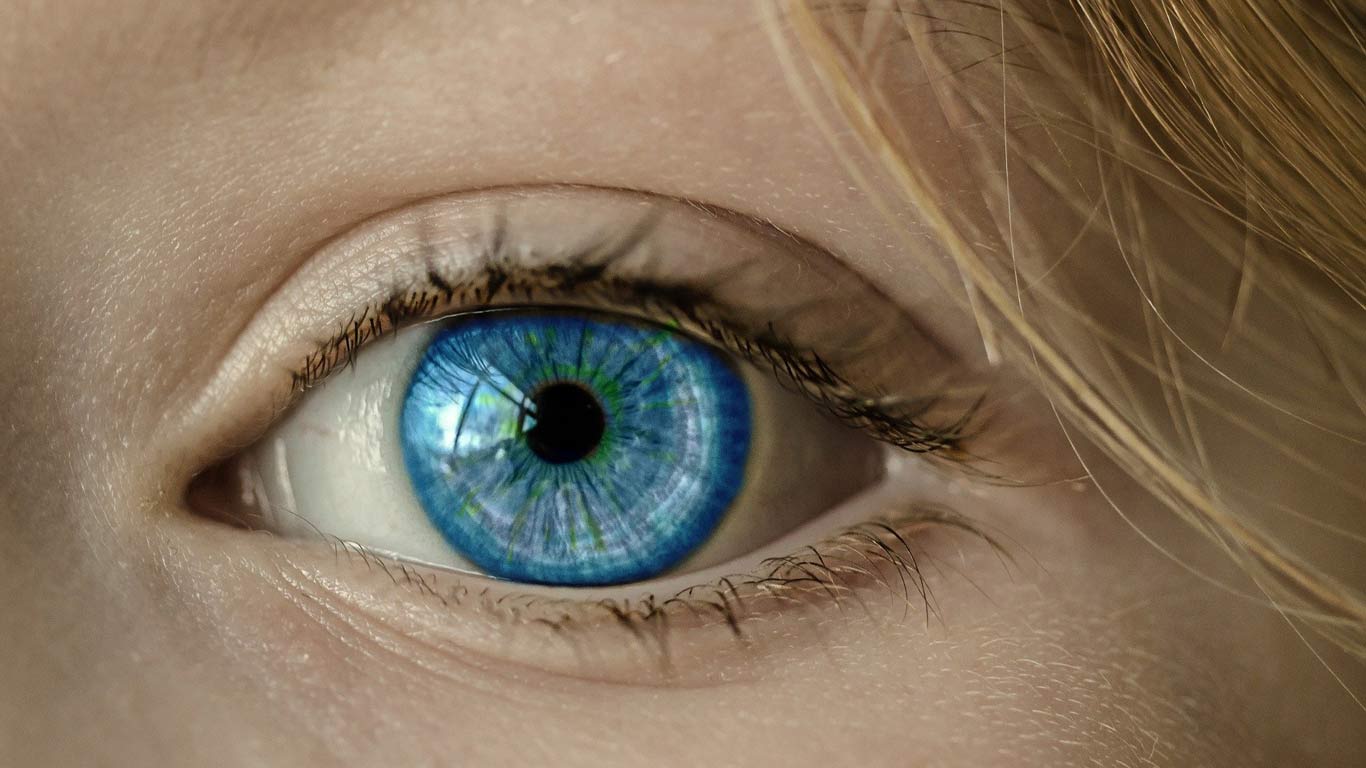 Seeing the world through blue eyes

SEEING THE WORLD THROUGH BLUE EYES

The pigment in the body responsible for brown eyes and dark hair is called melanin, and there is less of it in people with blue eyes. Blue eyes let in more sunlight than brown eyes, and over time this excessive amount of light damages and kills off brain cells. Thus blue eyed people end up being dumber than those of us fortunate enough to have brown eyes

I'm sure your immediate reaction is that this is complete nonsense.

And of course you're right.

But this is the starting point for an amazing, instructive, and ultimately shocking workshop a lady called Jane Elliott has been running for over 40 years.

She takes a group of people, and divides them by eye colour. The people with brown eyes are treated kindly and courteously, while the people with blue eyes are discriminated against, made to feel inferior.

I'm sure you see where I'm going with this...

I discovered Jane Elliott via a series of rather random connections. An email newsletter I received pointed me to an interview on US TV. Stephen Colbert asked his guest the very question which had been burning in my mind for days.

This is how Stephen asks Killer Mike what white people can do to support black people right now:

Since seeing the horrific video of a police officer casually forcing a knee into a man's neck until he passes out, and then dies, I have felt numbed and shocked. The image of his limp body being pulled away, with little more care than someone moves a sack of potatoes, is something I will never forget.

When the protests started, I thought I understood the anger, the frustration and the rage. But I didn't feel the need to do or say anything... after all, I'm not racist, I'm not part of the problem, I told myself.

But over the past week as the protest has swept across the world, and many people suggest that to be silent is to be complicit, I wondered what my silence meant.

What I wanted to know was what, as a white person, should I do?

Killer Mike gave me my homework.

His answer to Stephen Colbert was, "The first thing I want you guys to do is go to YouTube... and spend one hour watching Jane Elliott."

And she has taken me down a deep rabbit hole of discovery. She has kick-started my journey to some sort of understanding.

What she does, in such a simple, yet powerful way, is highlight how discrimination works, how inequality is perpetuated, and what it feels like to be part of an oppressed minority.

Just watching a video of her workshop is uncomfortable. Being part of her blue-eyed minority, even for just a couple of hours, must be a miserable (but enlightening) experience.

Take the time right now to follow Killer Mike's suggestion, and allow Jane Elliott to open your eyes to the true meaning of discrimination.

Please do this now, before reading any further. Pick any one of the three videos below, or if you really want to jump in, watch them all.

Before I began this journey just a couple of days ago, I was self-aware enough to realise I didn't know much about racism, but I had no idea how little I actually knew, and how I had no real concept at all of what it means to be part of a minority group.

Sure, I've travelled the world, and spent time in Africa, Asia and the USA. I've lived in Australia, and worked alongside Aborigines. I've lived in Panama, in a Caribbean location populated by people from all over the world.

Until I watched the videos above I truly believed that in no way was I part of the problem. But the real truth is that the problem runs so deep through our society, and is so deeply ingrained in all of us, that as white people we just don't see it.

I have no idea what the solution to this enormous societal problem is. But thanks to Killer Mike, I now realise that the first step, at least for me, is a healthy dose of education.

So here is what I am finding is helping me to understand, to begin building some sort of deeper empathy.

I've watched many of Jane Elliott's videos, and I've added her book "A Collar In My Pocket" to my reading list.

I have started to study the real nature of societal racism, and how it runs through our education, our history, and how it is hidden in plain sight.

Here's a great 4 minute primer on how the system perpetuates the problem.

My next step was watching this eye opening documentary:

It is available on Netflix, but they have also made it free for all to watch on YouTube here:

And I've started to watch movies through newly opened eyes.

To have even just a tiny grasp of black history, and a small inkling of the deeply entrenched unfairness people struggle under every day of their lives, makes watching these true stories absolutely heart-breaking.

Here are a few movies to start with:

and I'm starting to build a reading list. I plan to begin with Jane Elliott's "A Collar In My Pocket", but have also had these suggested to me:

I don't offer this post as the answer to anything. I'm a long way from understanding enough to even start thinking about answers. I simply offer this as an option for those, like me, who are wondering where to even begin.

If I manage to touch just one other person, set them on a path of self-education, then I will feel I have begun to achieve something. And if you feel there is any value in what I offer here, then sharing it further might just help change one more person, then one more, then one more...

Because that is ultimately how we change societal attitudes.

We begin by educating ourselves, and then spread the message.

And hopefully we'll all start to see the world through new eyes.

Please feel free to comment below. I'd welcome any suggestions for more material... books, documentaries, movies... anything to help us all learn and move forwards.

Thank you so much for taking the time to write this post! As a black woman in a southern town in Indiana, I appreciate the thoughts and openness of your mind to try to figure out what is that you need to do as an individual to support black lives! Thank you Ian! Your story inspires me!

Many thanks for your feedback Joann. Glad to hear I am on the right track. 🙂
Best wishes,
Ian