My friend Alan has flown over from New South Wales for a few days to see where I live before I (hopefully!) sell up and move on. The weather has been fantastic for a few days now, and we decided to take advantage, and head over to “Rotto”.

Rottnest Island is Perth’s very own holiday island, less than 20 kms off the coast at Fremantle.

It is a beautiful place, offering all sorts of attractions. There are some beautiful secluded beaches, some great diving, whale watching in season, surfing, snorkeling, fishing, or just relaxing away from it all.

There are only a few vehicles on the island, mainly service vehicles, and a small bus service. Other than that the best means of getting around is by bicycle, and in summer the island is busy with cyclists travelling in all directions.

One of the islands big attractions is the quokka, a small marsupial, which looks something like a cross between a kangaroo and a rat. In fact it was the quokka that gave the island it’s name, Dutch explorer William de Vlamingh initially thinking the island was infested by large rats. “Rottnest” means rat’s nest.

We took the ferry over early this morning, and cycled around half the island, stopping at the lighthouse and WWII gun emplacements, before heading for the Quokka Arms for a well-earned pint. A great day out! 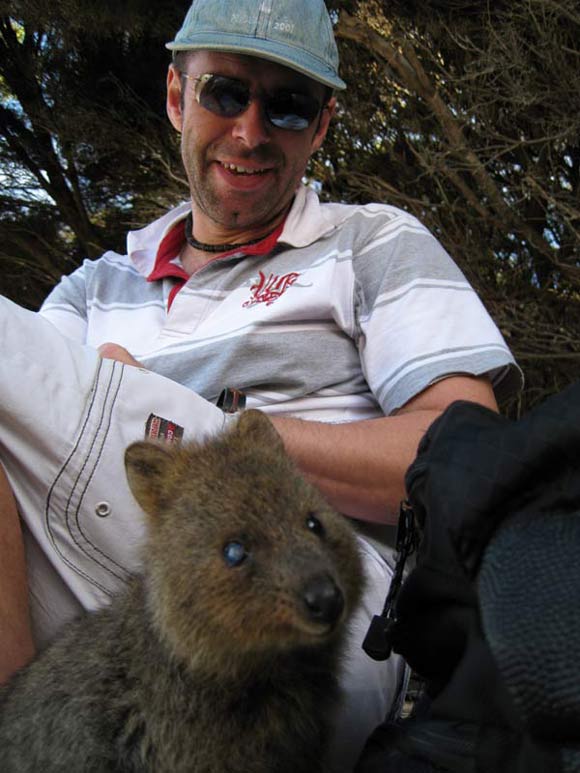