I have recently ridden several times past one of the pubs where I used to play poker. In preparation for my goal to play in a big game in Las Vegas, I got in as much practice as I could while in Perth around the same time last year. It is hard to believe that a year has gone by so quickly.

And so I looked online to see where the local games are now played, and found a pub not too far away that has a game on a Thursday night. I rode up there, and entered the competition, and sat down at 7pm to play poker for the first time since my last game at the tables in The Wynn in Vegas. Again, it is hard to believe that so much time has passed since I played, but life has been so full with new experiences and challenges.

I took a while to get back into the game, and saw a few hands go by that I could have been involved in, or possibly have even won. However, I sat back and waited, and when the time came I bet well, and won some good hands, ending as chip-leader on our table for a while.

I did pretty well until the break, but a couple of tricky hands, and a marginal “all-in” call put me out of the game. I was pretty pleased however, to have made the top 16 on my first game for a long time.

On Friday I managed to catch up with some emails, but later in the day kept getting distracted by the ever-entertaining Maxine at my current “home” at Marty, Carol and Bella’s house.

On Saturday morning I was booked in for an Introductory Blues Harmonica class, and learned a lot in the four hour lesson from amazing harmonica player and teacher Brad Capper. 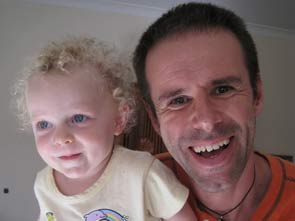 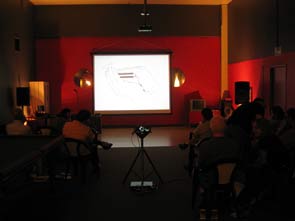 I was back onto the motorbike immediately afterwards for the one-and-a-half hour drive out to York, and by 3pm I was manifested for my first skydive of the day. I somehow managed to volunteer myself as a tandem “customer” for a potential instructor from the States, who was being assessed.

I was so much more nervous than when I jump myself, as all control is handed over to somebody else. It is like being the passenger on somebody elses motorbike – I really don’t like it! But the jump was brilliant once we were out of the door. And without having to do any sort of planning for landing it was amazing how many other things you see that you don’t usually notice as you descend under canopy.

I did another couple of jumps on Sunday, then headed “home” again. What a brilliant weekend once again!