Yesterday Connie had suggested that I should join her and her family for a day out, as it was the first weekend day since I arrived here, and her husband Kazuyuki would not be working, and the kids were off school.

So we all piled into their little family bus, apart from the eldest boy, who had sports committments, and drove for about an hour to a town on the coast called Kamakura. There I was taken to see the beautiful Hase-Dera Temple, which is built on a steep hillside, and a walk up to a terrace high up the hill offers a fantastic view over the bay below, which was packed with surfers and windsurfers.

Connie and family did not come up to the temple with me, as they have been many times before, and the kids were keen for ice cream, so I went to explore alone.

The temple itself is has a history stretching back to the 8th Century, and is an amazing place. Once again it is impossible not to feel like a stranger in a strange land, as everything is so different. There are signs everywhere, but only very small amounts of English information, so you don’t even know if it is historical information, or a sign telling you that you have to take your shoes off!

I went into the Museum, and hoped there might be more assistance there, but as I paid for my ticket, the ticket guy handed me a pamphlet, and laughed politely, saying, “Sorry, in Japanese only.” There would be no translation here either!

There actually was a bit of English info in the museum, but only enough to give me the impression that everything in there was very old, approximately 14th Century, but not enough to explain what and who all the unusual carvings represented.

The temple gardens were lovely, and very Japanese (of course!), and I wandered around for a while enjoying the peaceful atmosphere.

The next stop was just along the road, at Japan’s second biggest Buddha statue. It was pretty big!

On the way back in the bus, Florrie, their three year old daughter played in the back seat with me with a ballon, and happily chatted away to me in her funny mixture of Japanese and English. What a great day out. Many thanks to Connie and her family for welcoming me into their home, and helping me to make the most of my time in Tokyo. 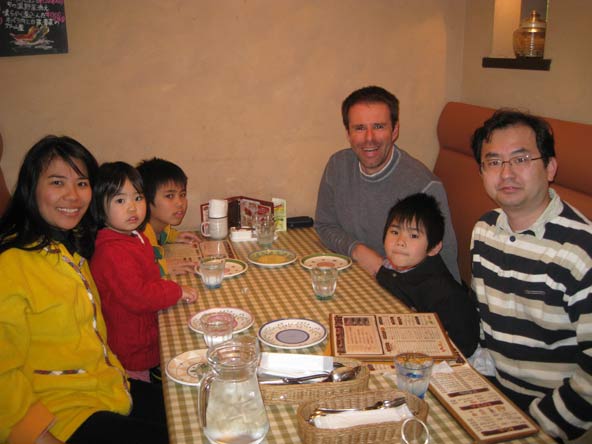 This morning I was up early to repack my bags, and after breakfast Connie, Kazuyuki and Florrie took me down to the local station, where I caught the train to the bus station at Machida. From there I travelled to Haneda, Tokyo’s domestic airport, and flew three hours south to Naha, on the main island of the Okinawa province.

I was meant to be meeting Doug from Reef Encounters Diving at Naha airport, but there was no sign of him. I gave him a call, and found out that he was running late, but had booked me into a hotel near the airport. We met later and went out for dinner, along with his friend Casey, and discussed possibilities for the forthcoming week. The restaurant was a surreal place set high up in the branches of a huge fake tree overlooking the harbour. 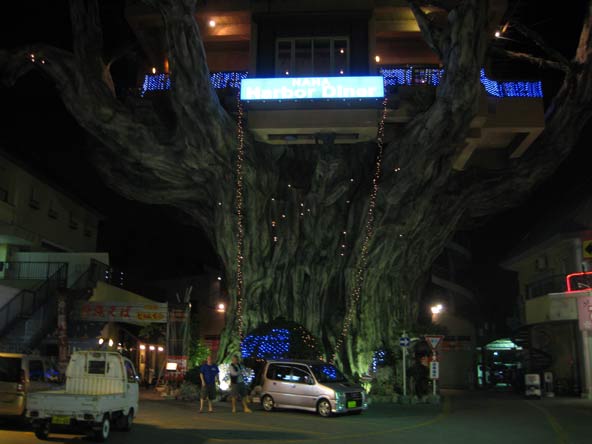 I hope to be able to achieve a couple of goals in Okinawa, which I originally did not realise I might be able to attempt here in Japan. If all works out as planned, it is going to be an incredible few days. I am very excited.