A friend made a comment about my first Whistler blog, saying that it seemed very matter of fact and unenthusiastic. Well I went out today for my third day on the slopes, and enjoyed MUCH better conditions than the previous two days!

It snowed for much of Sunday night, so there was fresh powder everywhere as I got to the top of the Whistler gondola. The sky had just cleared, showing blue through some of the ever increasing gaps, and before long the sun was out. There wasn’t a breath of wind, and the slopes were almost empty for the first few runs. My legs were feeling pretty good, despite the abuse I had given them over the previous two days.

This is what I had come for. The morning was one of the best I have had in the mountains, and I have enjoyed some excellent days in the past. I imagine I had a huge grin on my face for most of the morning, and I made the most of the conditions, fitting in as many rides as I could.

By lunchtime my legs were feeling a bit wobbly, and I took a well earned break, before hitting the slopes again in the afternoon. The first run I did after lunch is a steep black run called “Dave Webster Downhill”, and is the run that will be used for the Men’s Downhill and Men’s Super G Slalom in the Winter Olympics in 2010. It is incredible to think how straight and fast those guys will be coming down it in competition. It really is very steep in places.

I ended up riding right until the last lift stopped ferrying people back up the mountain. As I got to the top for the last time, I decided to take the new Peak 2 Peak gondola across to Blackcomb, and enjoyed the spectacular ride across the valley in much clearer conditions than my first trip across. The Peak 2 Peak boasts the world’s longest single-span between two towers, a distance of 3.024km (1.88miles), which is quite amazing to see.

My last run down was fantastic, as most people had already headed down, and there were only a few of us stragglers still up on the hill. There is always the last-ride conflict, where you want to get in the best possible run and milk the most out of the end of your holiday, versus the fact that you are dog-tired, and at the point where you are probably most likely to hurt yourself!

I managed to find a happy balance, riding as fast as my poor legs could manage, falling a few times as I was pretty worn out, but eventually arriving at the bottom in one piece, although with a fair bit of snow stuffed up my jacket.

What a fantastic day! 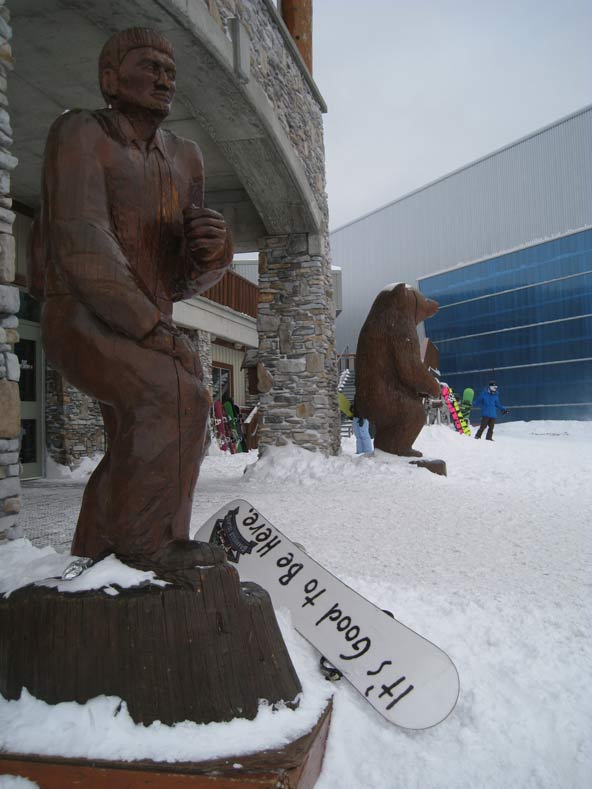