Fundraising goal – be a small part of it.

Today is the 22nd January. Fifteen years ago today my father was taken by bowel cancer. He died long before he should have done, and missed out on achieving many of the goals that I know he had on a list somewhere.

My stated goal is to raise a sum of $50,000 for bowel cancer research and awareness, and my chosen charity is Bowel Cancer Australia, which is based in Sydney, Australia.

I have been in touch with them, and they are being very supportive of my goal, and have written a bit about me on their website.

They have also set up an online donation facility too. Please use the reference Ian Usher in the “Name of Event” section. Any donation is very gratefully received, and no matter what it is you will be an important part of helping me to achieve one of my goals, as well as helping to raise awareness about a treatable killer.

Bowel cancer is treatable if discovered early enough, and can be screened for with a simple test. It is recommended that anybody over 50 should be tested, and people with a family history of bowel cancer should be tested from an earlier age.

My dad died when I was 30 years old. After he died our doctor suggested that both myself and my brother should be regularly screened for bowel cancer from the age of 40. I am now 45, and this is one of those things that just seems to get put off again and again. I keep saying I am going to get round it, but as yet never have.

So I have now made a booking for my first screening, due in mid February as soon as I fly in to Sydney. I can’t say that I am looking forward to it, but I am pleased that I have actually made the commitment.

My dad’s death had a huge impact on me, and pretty much stopped me in my tracks. I still think now about all the plans he had and all the things he was going to do, the places he was going to see, and I feel sad that he missed out on all of this. And I suppose in a way this has shaped my attitude of simply getting on an doing what feels right, right at this moment.

I have a lot to thank my father for, and hope that anything that I can do to help others be aware that this does not have to be a fatal condition will honour his memory. 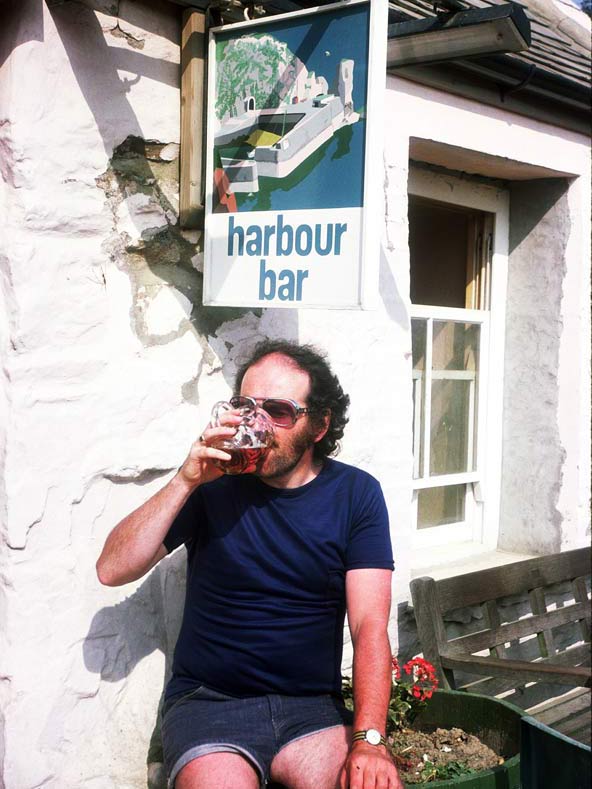 Thanks also to the ever-supportive Yvette, and her lovely blog article here.

I’m 49 now, so I guess it’s about time…thanks for the reminder!

As a father, I’m now seeing this from another angle, as it’s not just about my life, but doing what I can to make sure they have a father long into their lives.

Thanks for all the posts from Hawaii…looking forward to seeing Japan from your perspective!