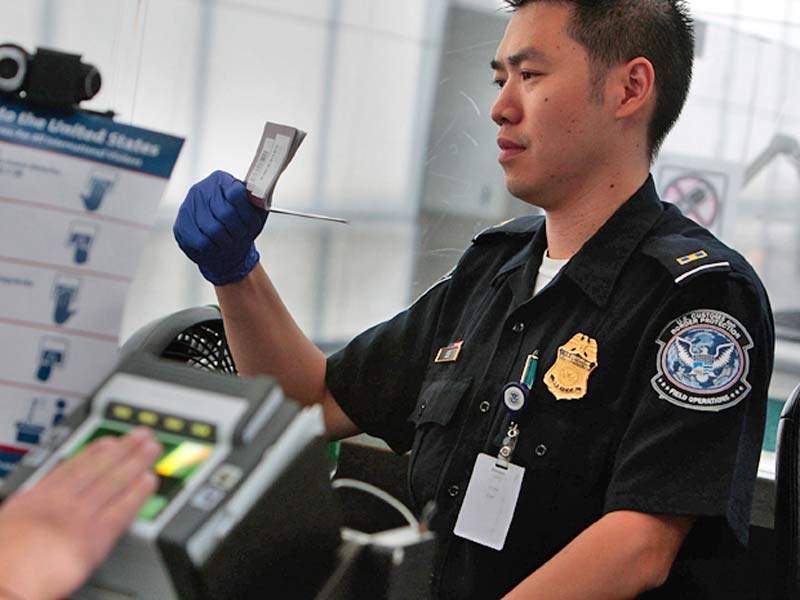 I have been friends with Evan since the very early days of my eBay-life-auctioning adventures, and Vanessa and I were very excited and honoured to get an invite to help him celebrate his wedding to Teresa. The event was to be held at Huntington Beach in California.

With our first 90 day US visa approaching its expiry date we thought we could take advantage of our close proximity to the Mexican border, so after the wedding we booked a cheap flight down to Cabo San Lucas at the tip of the Baja California peninsula. It is a lovely area and we spent just over a week there – pix coming in the end-of-month round-up.

Our return flight brought us back to Dallas where we planned to catch a bus to Austin to return to the RV waiting for us there.

Anyone who has read some of my previous blogs, or the book “A Life Sold” may remember that I have had several challenges when dealing with with US immigration, as I don’t really fit the standard traveller or holidaymaker profile. Entering Dallas was going to be no different.

“Are you coming to the US on business or pleasure? Where have you come from? How long were you there?”

The first set of questions were the usual ones, but the ones I had feared followed next.

“When did you last enter the US? How long did you stay here that time?”

We had previously entered the country in May and had stayed just over two months.

“So you have just been down to Mexico and then come back? How long are you planning to stay this time?”

When we suggested that we might be here for a further three months the questions started coming thick and fast.

“What is your job? Are you planning on working here in the US? How do you support yourself when you travel for so long?”

Talk of writing books and travel articles, and of selling movie rights to Walt Disney Pictures didn’t seem to do anything to help our case.

“How do you plan to get around? You already have a vehicle in the US? How much money do you have with you? Just $20 in cash? You have a bank account in the US?! You realise that this all makes it look like you are trying to live here?”

We tried explaining that we just wanted to travel in the country for a while, that owning an RV was a cost-effective way of doing so, and that we would be heading back to England at some point in the near future… probably.

“Do you have a return ticket to the UK? No? I need to see proof of onward travel. Your visa is not intended for multiple entries into the US. You aren’t allowed to just go to Mexico and return after a week. You could be denied entry today and deported.”

Throughout this process the agent was typing a lot of info on the keyboard in front of him, and peering intently at the screen. I imagined all sorts of red flags being posted:

Things didn’t seem to be going very well. I pointed out that I had always been allowed to return to the US previously, had never overstayed a visa, had plenty of funds to cover all expenses, and had no desire to live in the US. Vanessa chose to remain quiet, letting me do the talking, simply answering honestly when asked a question. I could tell she was losing her patience a little when she pointed out, “We aren’t exactly doing anything illegal, are we?”

We were escorted to a small waiting area behind the immigration desks and told to take a seat. The agent had a long discussion with a lady who we assumed was his superior. She looked very stern, and we were a little concerned that our fate now rested in her hands.

When she finally called us up to the window she turned out to be very pleasant and chatty. She was going to allow us to enter for a further 90 days, but next time we would be denied re-entry unless we had returned to our home country. I didn’t point out that I don’t really have a home country any more – I didn’t think this would further help our cause as her stamp hovered over our passports.

“And you will need a return ticket to the UK to be allowed entry too.”

I agreed politely and the rubber stamp hit the pages of our passports – we were in… just!!

In the couple of days since our re-entry we have had to do some quick re-planning. It is pretty obvious that we can’t just hope to add a further three months to our US plans again in October, as we had initially planned. Maybe we could drive down to Mexico for the winter? But all research suggests that getting back in with a big vehicle might be problematic.

Rather than look at this as a disaster we have chosen to see it as an opportunity to do something other than what we had originally planned. I had a couple of talks scheduled here in Austin in August and early September, but with only 3 months remaining here we have decided it is time to get a move on and see some more of the country.

Our current thoughts are to travel for the next three months then put the RV up for sale. At that time we will probably fly to the UK to catch up with friends and family, and then perhaps spend the winter months down in Spain, or perhaps further afield – the Canary Islands appeal to me for a warm winter.

We are very flexible and are open to any ideas or suggestions. Our only real requirement is that we go somewhere warm and reasonably cheap.

Life constantly changes, and the ability to be flexible to these changing circumstances is vital. We are now looking forward to the next few months of US travels, and anticipate with excitement the uncertainty of what lies beyond that.

Happy travels, y’all, and big thanks to all in Austin who have made our time here so much fun.