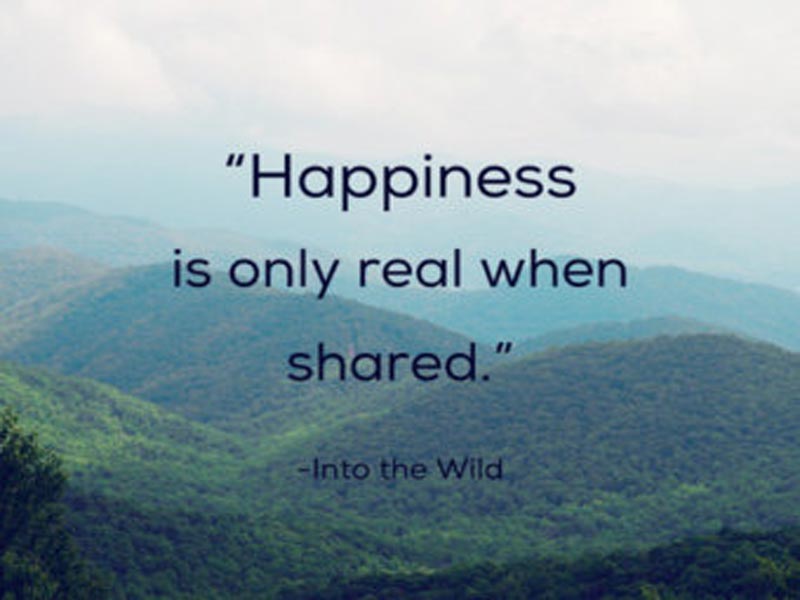 Into The Wild – 7 years later

When I first announced that I intended to sell my “entire life” on eBay there was a huge amount of press and public interest. Why would someone want to get rid of everything they owned?

I received many emails from people who suggested my choices were similar to those made by Christopher McCandless in the book and movie “Into the Wild”. The movie came out in 2007, not long before I made my life-selling announcement.

I watched the movie in the run-up to the “aLife4Sale” auction, and wrote about my thoughts in a blog post at the time. My feeling then was that I had almost nothing in common with Chris McCandless. His main motivation for choosing to get rid of everything he owned was his desire to leave society behind, to be completely and utterly alone.

My motivations were very different. I simply wanted to leave my past behind, and make a fresh start. I had no issues with society, and have always enjoyed being around other people.

At one point in the movie Chris takes the last of his money and burns it at the roadside. This was where Chris and I parted ways – I decided I had absolutely nothing in common with him.

”Although much of Chris’s reasoning for making radical changes in his life resonates with me, I don’t see myself being too much like him in my motivations. I don’t really share his idealistic nature, and can never imagine myself burning the last of my money by the roadside before setting off!”

At the end of the movie I did discover a little gem of wisdom. I felt that Chris had come around to my way of thinking as he died alone. His realisation, written in his diary, was “Happiness is only real when shared.” This was something I have always felt and known.

I quoted this line many times over my two of years of goal-achieving travels, and still sometimes refer to this when I give my inspirational talks. I’m a firm believer in the idea that much of our enjoyment in life comes from experiences shared with others. It is these shared experiences that build deeper friendships, strengthen relationships, and give us the material for the stories we tell. Our experiences, particularly those we share with others, are what shape and define who we are.

Today is August 3rd 2015, which is the very date I set out on my 100 goals in 100 weeks journey in 2008. I can’t believe that was seven years ago. Those years seem to have flown by. I suspect this is my perception because for seven years I have been living my life exactly how I want, making my own choices about where I want to be, who I want to be with, and what I want to do. What better day than today to watch “Into the Wild” again?

So what is my opinion of the movie this time around?

Initially I thought little would have changed in my opinion about Chris, but I was surprised to find that I identified much more with him on this second viewing. Maybe this is because I have spent the past seven years on my own extended journey, with little idea of where my own adventure will lead.

I feel that I now have much more in common with Chris, sharing more of his attitude. I identify much more with the unplanned journey, the adventure, and the excitement of new experiences. This time around I see many more parallels in what we both chose to do, even though our reasons were different.

Ultimately though it is still Chris’s final realisation that resonates most strongly with me:
“Happiness is only real when shared.”

Share some of the happiness of our “global nomad” lifestyle and learn more about house sitting and personal freedom by signing up for our newsletter below: