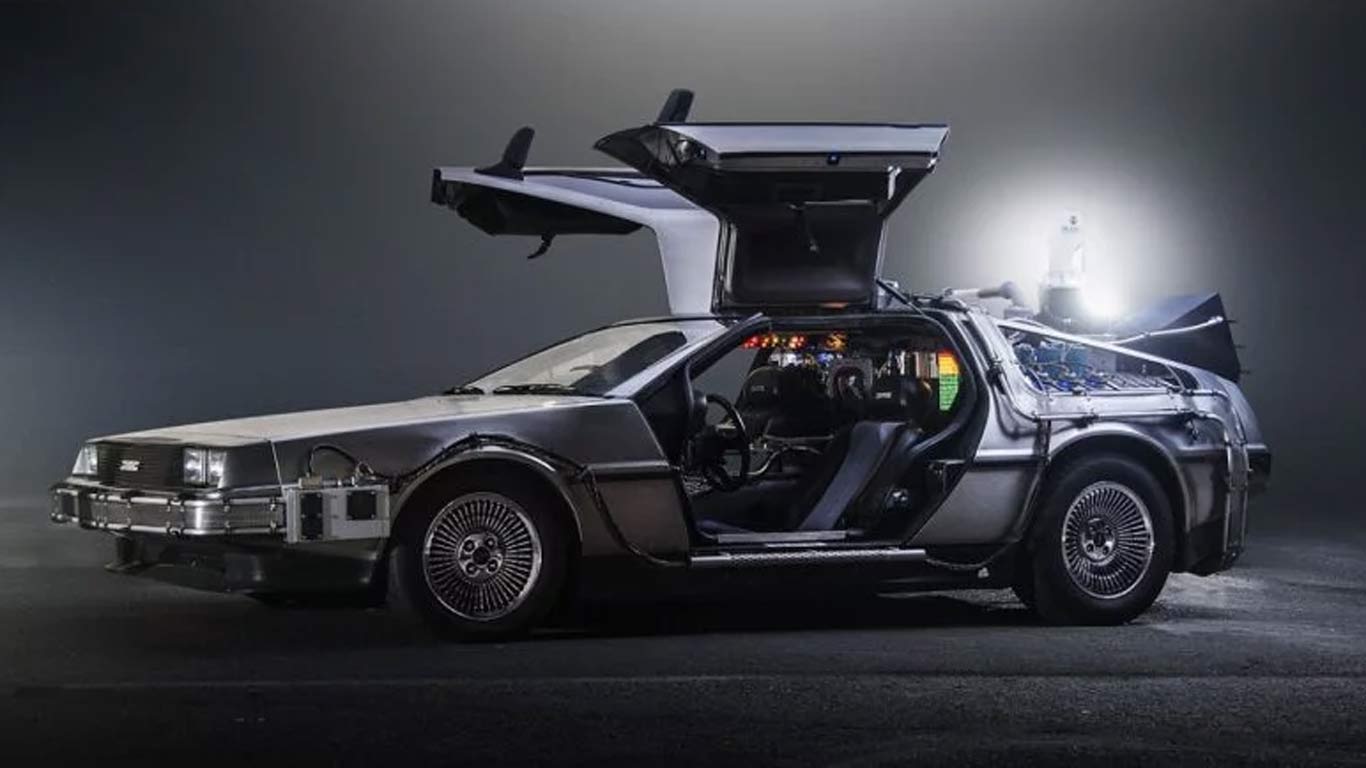 The digital speed readout on the dashboard of the car approaches 88 miles per hour as the young driver’s hands grip the steering wheel tightly. The car hurtles along the dark main street of the small town. Meanwhile, high up on the clock tower another figure struggles to connect the all-important electrical cable before the lightning strikes.

In the 1985 movie Back To The Future, teenager Marty McFly is transported back in time (in a Delorean sports car time machine) from the mid-80s to the era when his parents were heading to the high school dance. The young couple are about to become romantically involved, eventually to lead to Marty’s existence.

The climax of the movie comes as Marty desperately tries to get back to his own time period, aided by Doc Brown, the only other person who understands Marty’s predicament.

Indulge in a little 80s nostalgia by watching the classic clip below:

In later sequels Marty travels forward in time to see a possible version of the future, and even further back in time to visit historical events that influenced his present day life in the 1980s.

The complexities of time travel, and the possible impact that small changes in the past can have on our present reality, are explored for dramatic and comic value in this series of three great movies.

Time travel can be very complicated.

We’re very close to the moment when we’d better get our heads around the idea of time travel... because, just like Marty McFly in his Delorean, we’re hurtling back to the 1980s right now...

Allow me to explain...

Here’s a chart of the UK stock market, as measured by the FTSE 100 index. As you can see from this 6 month chart, it’s taken a hammering recently, as have stock markets around the world. [source] I've shown the same chart twice, side by side, as I’d like to highlight a couple of key things.

Summary: 23 years of growth wiped out in just 1 month

But unfortunately, that’s not the whole picture.

To get a true idea of where we really stand we have to factor in inflation, as the GBP Pound Sterling today does not have the same buying power as it did in 1985, or indeed 1997. When this is adjusted to take account of the devaluation of the GBP over time, the real figure looks to be about 2,200, or one third of the deceptive, inflated value.

It only took Marty McFly an instant to travel forward over 30 years in time, to return to the 1980s, when the hook of his Delorean time machine connected with Doc’s lightning-powered cable.

It’s taken us just less than a month to achieve the same thing, only in reverse.

In Back To The Future, when Marty finally returns to 1985, at first it seems nothing has changed.

But as he wakes to his new reality, he discovers that tiny changes in the past have impacted his current life. His parents behave differently to the parents he remembered from the previous version of the 1980s he left behind.

And he owns a shiny new Toyota 4x4 pickup truck, which he discovers parked in the garage. I think our reality is going to change through this crisis.

I don’t think we’re ever going to get back to the “good old days” of the 20-teens. Those days are gone.

It’s back to the 80s financially for us.

I think that when we come out on the other side of the coronavirus crisis, we’ll find that we’re living in a very different world.

But unlike Marty McFly, there won’t be a brand new Toyota 4x4 waiting on the driveway for us.

Unless, of course, the government conjure up enough new currency out of thin air for us all to be able to afford one!