The day for the airing of our episode of “Ben Fogle: New Lives in the Wild” finally arrived. The Daily Mail had done another huge article, and we had great fun interacting with others in the comments section below the article. I think that section is as interesting as the article itself, and certainly much funnier. 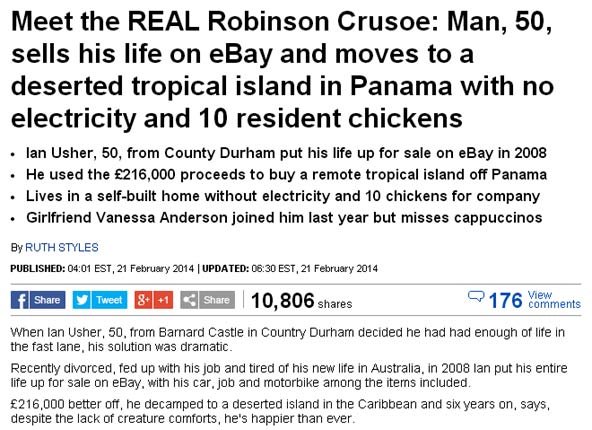 It goes without saying that The Daily Mail have reported their story without being too hindered by the inconvenience of actual facts. They say we don’t have electricity – we do, from a solar system – then contradict themselves shortly afterwards by discussing our wifi signal.

Unfortunately for us, outside the UK, we weren’t able to see the show as it aired. We had to live the moment vicariously through comments on twitter – find me there @ALifeSold

We were amazed by the amount of comments and feedback we received. Almost everyone seemed to enjoy the show, and everything people said was so kind and positive. Thanks to all who connected with us.

We finally got to see the show later on Friday night, after celebrating with a specially bought top notch bottle of wine. Our rather sluggish island internet connection, routed through a UK VPN, made the show a little stop-start, and it took about an hour and a half to watch the hour-long show.

It was amazing, and a little odd, to watch ourselves on TV, but we thought the whole show was very well done, and gave a great perspective on our lives. Hopefully we’ll get to watch it again later this week when we get hold of a copy we can watch at normal speed.

When the crew were here in late October last year the captured over 22 hours of footage, and we did many more things during the week, several of which didn’t make it to the final cut.

It was disappointing not to see the Sunday revelry with our neighbours at Rana Azul, our local pizza restaurant in the jungle. We go there each Sunday, and I’m not looking forward to telling everyone there this afternoon that they didn’t appear in the program.

We built a helipad as part of the week’s activities and had a helicopter fly in from Panama and land at the island. they did use some of the aerial shots, but missed the fun of building and painting the helipad ready for it’s first visitor. 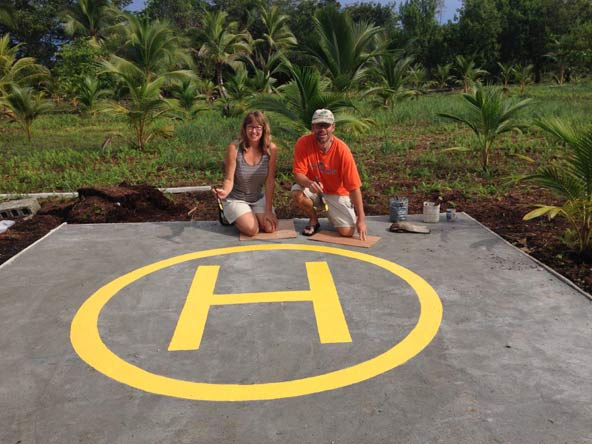 We were also sad that out visit to Green Acres Chocolate Farm wasn’t included. It is a beautiful and fascinating place.

However, we appreciate that it just couldn’t all be crammed into a one hour program, and were wonderfully impressed with what was shown.

Feedback from both Vanessa’s mum and mine in the UK has been very positive. They both thought we were very fairly portrayed.

Thanks again to Ben and the whole crew from Renegade Pictures. What an incredible experience.

Right then. On to the next adventures. Watch this space.

Oh, almost forgot… a newly updated version of my book “Paradise Delayed” is now available with an extra 16 chapters, including stories from the filming of “New Lives in the Wild”. I hope you enjoy it.