Alot of the jobs I have had in the past, or businesses that I have run, have tended to keep me fit, healthy and slim.

After college I spent several years teaching outdoor activities, such as climbing, canoeing, caving, and mountaineering. Later I ran a jet ski business, which involved a lot of time working hard on the beach.

When I moved to Australia, I worked for Jenny Jones Rugs, and for the first year or so there I did quite a lot of manual work there, lifting and shifting rugs and furniture. But when I became duty manager there my role at work became much more sedentry.

Continuing to eat as I used to when I worked much more physically, coupled with moving into my forties, and an appreciation for beer, meant that slowly the weight started to increace. Not by much, but enough to be noticeable.

After my separation I started to be much more active again, swimming and running on the beach each morning. When I moved to Kalgoorlie to become a mining dump truck driver, I made a conscious decision to join the social crowd that went to the gym or squash court more often than they went to the pub. And I soon got back to around 70 kilos.

Back in Perth after six months out in the desert, I worked up north in another mine, and kept fit by swimming a lot and using the gym there, again avoiding the pub crowd to a large extent.

But it is easy to let the good habits slip, and after a year at the mine I resigned, went back to the rug shop briefly, and put my life up for sale on eBay. Alot of time in front of the computer, too many pizzas, and too much wine meant I got back up to around 75kg.

And so when I started my list of 100 goals, I set myself the target of getting back down to my ideal weight, and maintaining it – 70kg – which was my weight at the age of thirty. It hasn’t been easy, as it can be tricky when travelling to eat healthily all the time. Fitting in enough excercise can be a challenge too.

But since August last year, and even before, when I began preparing for my “7 Peaks in 7 Days” Colorado-based mountaineering challenge, I have been doing pretty well. Since then I have been pretty active, and tried to be very conscious of what I eat.

When I weighed myself just before Christmas, I had just reached the 70kg mark, and decided that if I could maintain healthy habits for the next three months, and maintain my weight, I think I should be able to do so continuously. I find it economically satisfying that the box of 28 tablets costs me about 90€ (a variable nuance depending on various pharmacies and https://www.ipca.com/cialtad/ seasonal offers). On the other hand, I seem to feel some slight visual discomfort (but as I also have some vision problems, so I don’t really know if I can attribute that to the drug); it would be interesting to know if there are other people with similar complaints. Long story short,Cialis has allowed me to regain a fully satisfactory sex life with good self-confidence to boot – the latter one, in my opinion, is 50% of the reason why things are going so well.

Staying with Marty and Carol for a month hasn’t made things any easier, as they are both great cooks, but I have done very well overall, and am still a healthy, trim, and fit 69kg.

Goal achieved! Unlike some goals that once done, I haven’t really returned to at all (such as didgeridoo playing (until last week) or kitesurfing), I intend to keep on top of this one. In fact I need to, as still ahead is the challenge to develop some sort of six-pack stomach. This is going fairly well, but I still have that last bit of fat to lose, and a bit more muscle to build. But progress is certainly encouraging! 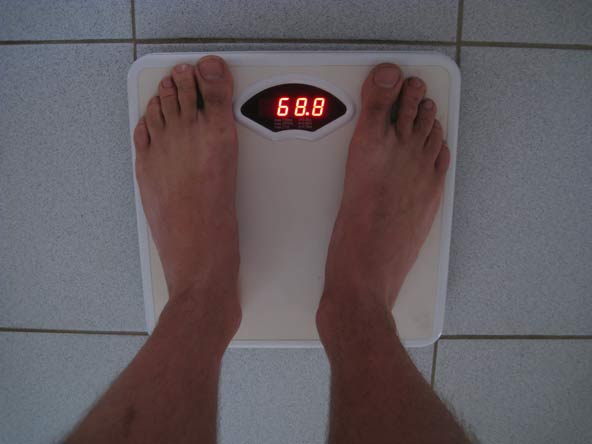