It has taken quite a while to achieve this goal, but perseverence has finally paid off, and I’m glad that I scheduled enough time in and around LA to be able to do this.

As I drove back from San Diego yesterday my phone rang, and Angie from One Source Talent asked me if I was still in town, and if I was still trying to achieve my goal to appear as an extra in a Hollywood movie. I had not heard anything from them since I registered a couple of weeks ago, and thought I might not hear from them before I head off for Mexico. I am registered with another agency too, and am promised a role with them, but the scene they are shooting, in a nightclub, keeps getting pushed back, and I was starting to get worried that time might run out there too.

So it was with great relief that I accepted a background role as a guest at a bed and breakfast establishment, to be filmed on location in Malibu, for a movie called “Storage”.

I received details and directions by email from Alesia, and was told to bring three wardrobe choices of casual clothes. That’s fortunate! The only clothes I have are all pretty casual!

But on second thoughts this morning, I decided that most of the stuff I have is far too casual (meaning almost worn out) and the two smarter shirts I have managed to borrow are probably too dark (a light shirt was specified). So I made a quick stop at a thrift shop in Oxnard before heading down the coast.

I found the location, a lovely house in the Malibu hills with a beautiful outlook, overlooking the hills to the ocean, and found Alesia and a few other extras, and introduced myself. We were shown where to change, and from our clothes we had brought, our outfits were chosen. One of my new thrift shop shirts fit the bill perfectly! $2.50 well spent.

There was all sorts of activity going on, and calls for silence every now and then as a scene was filmed. I got to meet the lead actress, Sarah Jones, and took advantage of the photo opportunity.

Eventually it was time to film our scene, and we were sat on the balcony at tables, set up as a restaurant at a bed and breakfast place. My table consisted of three of us, and we were given a bit of background as to who perhaps we were, a couple meeting our nephew in LA.

For the scenes we had to mime conversation, but keep silent as the sound from the lead actors was being recorded. We shot the scene three or four times, and then took a break as something else was filmed. It was fun sitting around chatting with the other extras, and I got a photo taken with the rest of my co-stars – well, co-extras, really – and with my “wife”!!

Later we shot the scene again from the reverse angle, pretending again to chat, eat, and sip wine.

It was all great fun, and I loved every minute of it. I chatted with a few of my co-extras about my goals, and why I was there today, and marvelled once again at the journey that all of this is taking me on. Here I was, in the hills of Los Angeles, filming a scene for a Hollywood movie! Awesome!

Thanks to all my co-extras for making it such a fun day, my “wife” Deebye, “nephew” Nathan, “couple” Tarvon and Viet, “brandy drinking magazine reader” Tom, and “waiter” Ian. Thanks too to all on set who were extremely friendly, encouraging and helpful.

Also huge thanks to One Source Talent, particularly Ema at the Beverly Hills office, who promised to help me initially, and Angie, who organised this for me.

Also thanks again to my buddy Evan, whose endless patience for me living on his sofa has made this time in LA so much easier. 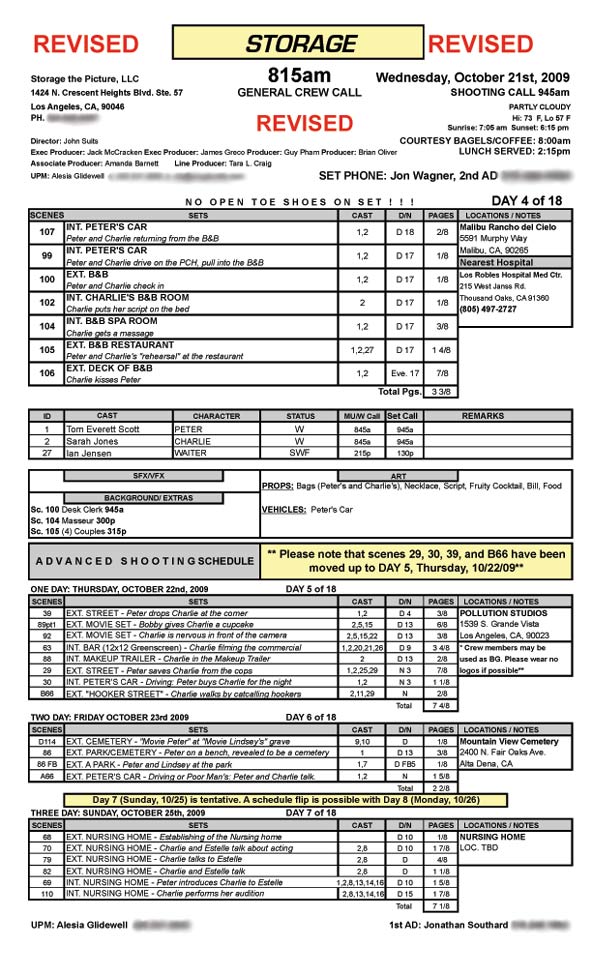