For me, the Golden Gate Bridge has always symbolised San Fransisco, and when I added seeing the city to my list of goals, I imagined either walking across, or at least driving across the bridge.

Once again, I was keen for others to come and join in, and Cindy and her husband Steven and their chatty young son Trevor came to pick me up at Walmart first thing in the morning, and we headed to the city, and parked in the carpark at the southern end of the bridge. We were a little later than planned, but of the others who may have been coming along, nobody had arrived.

It was sunny and reasonably clear weather, but there was quite a cold wind, so we all wrapped up well, and set off across the bridge. There are some great views of the city and the bay, and I could not help making comparisons with Sydney and it’s Harbour Bridge. Both cities are beautiful places.

There was a lot going on there. Helicopters and airships flying over and around the bridge, kiteboarders, windsurfers, sailing boats and canoeists passing under, and a few walkers and cyclists crossing the bridge.

Afterwards we were all happy to get back in the car and warm up, and lunch in the Buena Vista waterfront cafe was very welcome. Thanks to Cindy, Stephen and Travor for coming along and making it a great day. 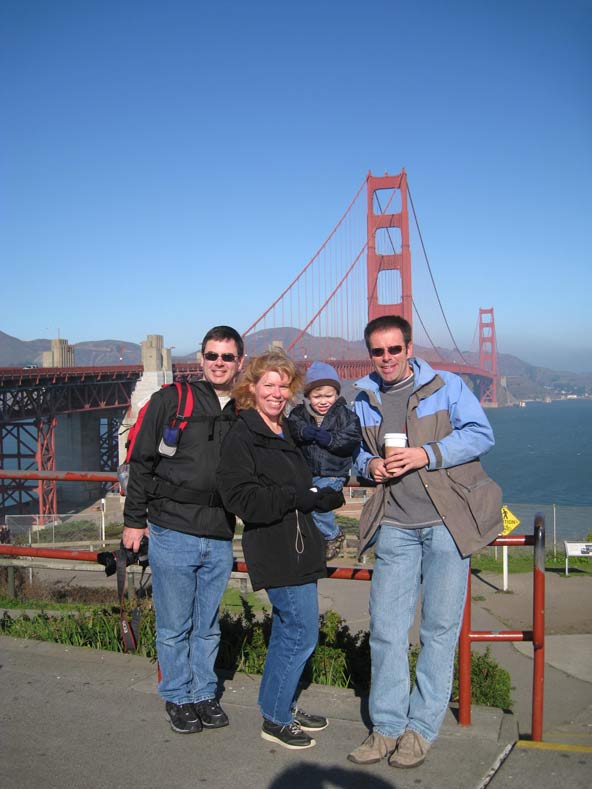