Well, I am back where I was born, in Darlington in the north-east of England, here to visit family and friends still in the area. I found out that the current Tour of Britain cycle race was starting from the town centre this morning, but I was a bit late going down, and by the time I got there I had missed them all!

As a child I grew up in Barnard Castle, about 16 miles from Darlington, and at about the same time that I went away to college in Liverpool, my parents moved back to Darlington.

I didn’t ever think I would live there again, but several years later, in early 1987, after college finished, I applied for a full time job with British Rail as an outdoor pursuits instructor, working with their youth trainees. Where was the training centre located? It could have been anywhere in the country. Darlington!

I took the job, it was too good to miss out on, even though I really didn’t want to live back in the north-east again. It’s a pretty good place, but I guess after college I just had hoped to see more of the country, and to live somewhere different. I had quite enjoyed the big city life in Liverpool for three years.

I lived in Darlington from 1987 to 1993, working first for British Rail for three years, and then working as a freelance outdoor trainer/instructor. I also worked with a couple of friends, buying and selling second-hand cars and motorbikes for additional income. I had bought a house here and settled in, but a holiday activity in Kenya and a fateful night in the pub changed things in 1992, and set me off in a new direction.

Eventually this led to a permanent move to Scarborough, on the north-east coast in 1993. I am looking forward to passing back through Scarborough next week.

In early 1992 Bruce and I had spent a cold Saturday evening in January sat in the glowing warmth of the front bar at The Golden Cock in Darlington. I had recently returned from a two-week holiday to Kenya, where on Mombassa’s sunny shores I had had my first taste of jet skiing. At the time we were both working as car dealers, buying and selling cars and motorcycles to make living. Having just returned from the equatorial heat of Africa, the prospect of spending a cold day delving into the engine compartment of a vehicle that refused to start had lost much of its appeal. I knew too that Bruce’s enthusiasm for the daily problems of our chosen lifestyle was waning. 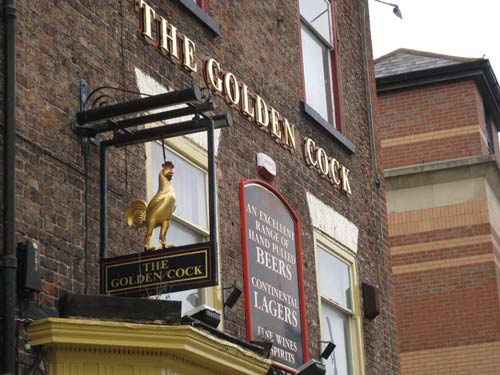 “I know what we could do this summer,” I announced, as Bruce returned from the bar with two more pints.

“No, seriously, listen. On holiday I finally got to have a go on a jet ski. Twenty minutes for what was about fifteen quid, I guess. It was brilliant. It’s just like a motorbike on water, but they’re automatic, no gears or clutch or anything, dead easy. Okay, so what we do is buy a couple of these things, I dunno, I would guess at about a couple of grand a-piece, and we take them down to Saltburn each weekend over the summer and hire them out. I’ve worked it all out. At fifteen pounds for say half-an-hour, with two skis working eight hours each day we would take £960 each weekend, less petrol costs of course.”

I could see Bruce performing quick calculations in his head, and he nodded as his mathematics agreed with mine.

“Yeah, but it would be better to take them to Scarborough and hire them out seven days a week,” he said.

“Well, I hadn’t thought of that. I was only thinking of it as a bit of a side-line, for a bit of fun. Seven days a week though, that’s….” I paused as I worked it out. “Over three grand. Each week! Bloody hell!”

“Yes, but it would mean moving to Scarborough, renting a house and all that sort of thing,” Bruce said, sounding doubtful. “And we don’t know that people would pay for it. I mean, Scarborough is a bit different from Mombassa, isn’t it?”

I was excited by the idea now, but I could see that Bruce would still take some persuading. “But think about it. No more people ringing up saying they’re coming to see a car then not turning up, no more worries about men returning wanting their money back because something has gone wrong with the bike they just bought, no more scrabbling round under oily engines. It would be a life of luxury, deck chairs on the beach, sunshine, easy money. Picture the scene, sat there looking out to sea, watching our skis earning us money, sipping ice cold lemonade.”

Bruce still didn’t seem as impressed by the scene I was painting as I had hoped he would be. It was time to play my trump card. “Okay, one more point… summer, holiday resort, sun-tanned beach-bums,” I said, pointing at the two of us. “Think of all the girls!”