In 2000 I returned to Scarborough after my second trip to Australia, with no job, and not much money. I was lucky to get a job pretty quickly with a local mobile phone company as a salesperson.

It was through this job I met my friend Jamie, and his wife Chantel. They still live nearby, in Bridlington, about half an hour’s drive down the coast from Scarborough.

So yesterday afternoon I drove down to visit them, and we went out for a curry and a few beers in town. On our return to the house we played on both his Wii game console, and his Xbox 360. Jamie got a bit competitive when I beat him on his own console at ten-pin bowling, and he soon thrashed me at tennis, baseball and golf!

He made the mistake of telling me about a fancy dress costume he had bought for a party recently, and both Chan and I insisted that he go and put it on! He must have had more beer than I had thought, because he did! I could show you pictures of us having curry, or beer, or playing games, but I think this is all that’s needed for this blog entry. 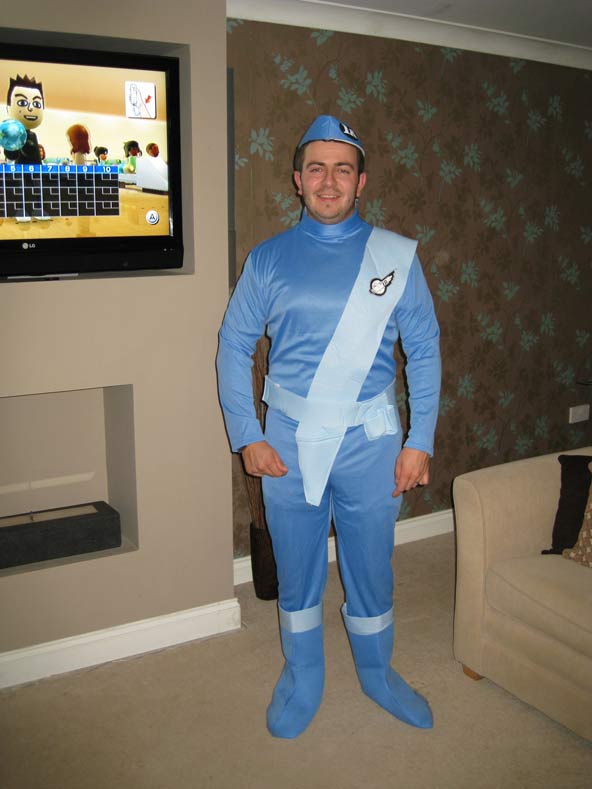