On the evening of May 10th 1933 the streets of Berlin and 33 other German university towns and cities were lit by the orange glow of huge fires. The fuel for these bonfires were books by authors declared to be writing on topics considered "un-German".

The Nazi university student association had created a blacklist of books authored by prominent Jewish, liberal and leftist writers. Books by Ernest Hemmingway, Jack London, Helen Keller, Franz Werfel and many others were thrown onto the huge pyres.

The goal was to bring German arts and culture in to line with Nazi goals, by removing material the regime considered to be "degenerate". 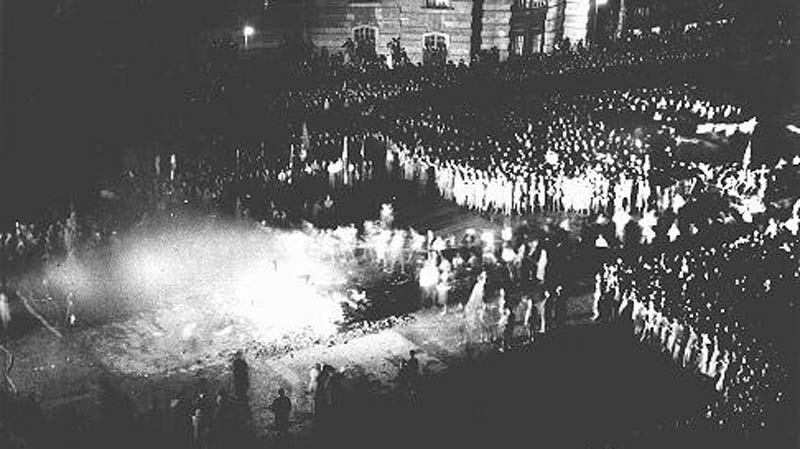 History tells us where such acts led less than a decade later.

Obviously the same thing couldn't happen again today, could it?

At the start of last year such an idea would have been unimaginable, but today, 11th March, exactly a year since the World Health Organization declared the coronavirus crisis to be a pandemic, the book burners are back at work.

I'm sure many of you are aware of YouTube videos which have been banned, Facebook groups who have been de-platformed, and doctors who have been branded "conspiracy theorists" for speaking out against the common narrative.

But did you know they are also banning books that question the story we are all encouraged to believe?

The first book I heard of which was blocked by Amazon was Alex Berenson's "Unreported Truths about COVID-19 and Lockdowns". The book was only accepted for publication after Berenson tweeted about the ban, and was re-tweeted by Elon Musk.

Replying to Berenson's tweet, Musk wrote: "This is insane @JeffBezos." Followed by: "Time to break up Amazon. Monopolies are wrong!"

Shortly afterwards the book was accepted onto the Amazon Kindle platform, and went on to be a runaway bestseller. As I write this today, on Amazon.com the book has 8,920 ratings, of which 80% are 5*.

Another author, Dr. Vernon Coleman (aka "Old Man in a Chair" on several video platforms), has been the unfortunate target of similar censorship, when his latest book, "Covid-19, The Greatest Hoax in History" was refused publication. I guess Dr. Coleman isn't followed on Twitter by Elon Musk.

If you want a copy of Dr. Coleman's book, he has decided to give it away freely to anyone who wants to read it. Get a pdf copy here:

I'd say I'm proud to join this elite little group, but I'm not. I am shocked, disgusted and alarmed. Yes, my latest book also got rejected by Amazon Kindle. You can bet I'll be tweeting Elon Musk today! In fact, hold on a minute... 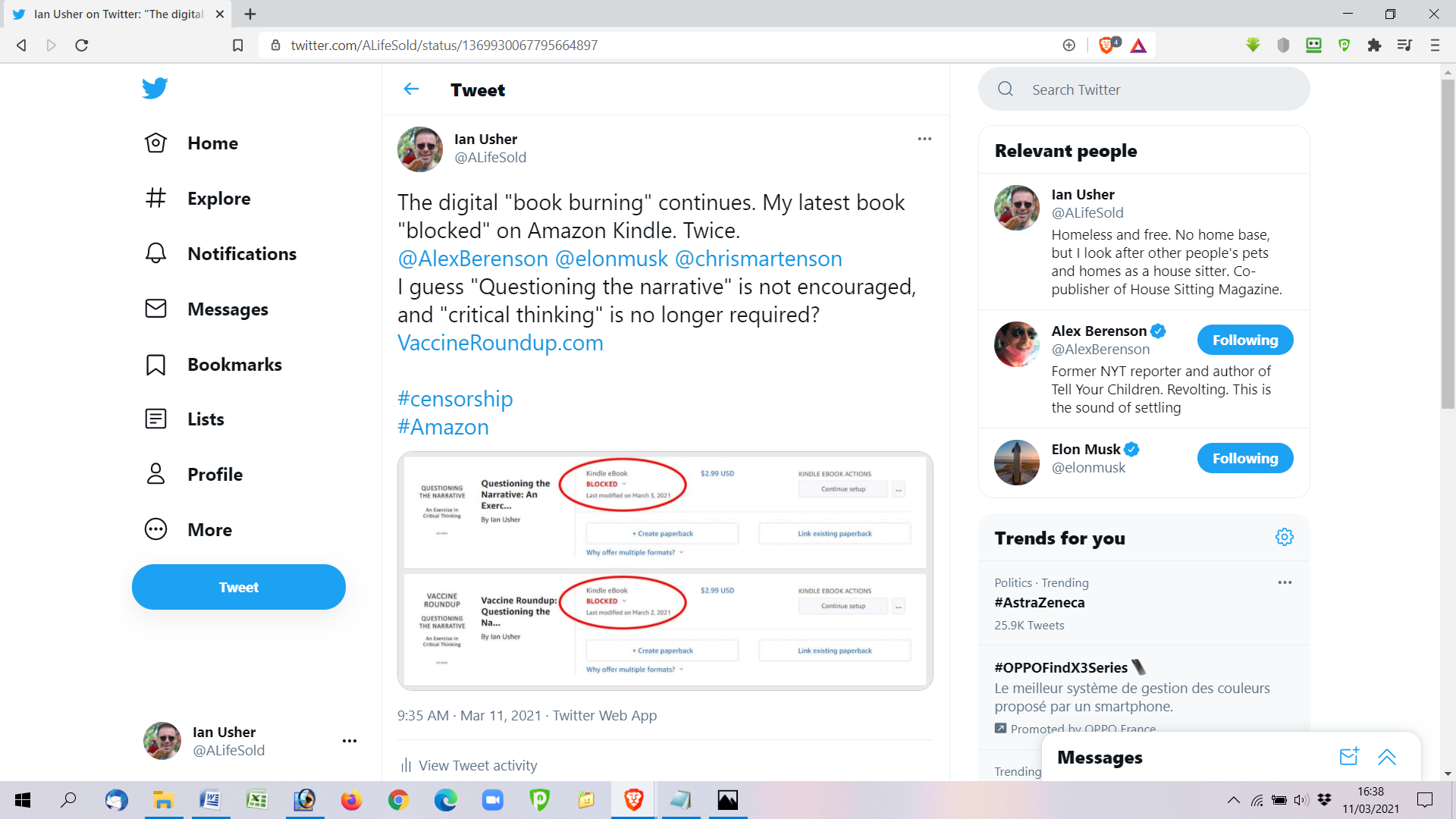 You can see my Tweet here, and I'd be grateful if you'd consider sharing it:

So I'm taking a leaf out of Dr. Coleman's book, as it were, and am offering a free download of my book to anyone interested in reading it. Just go to this page:

and after clicking the "Buy" button, change your price to $0.00, and the book is yours for free. I hope you find some value in it.

Whether you agree with Alex Berenson, Dr. Vernon Coleman and myself, or whether you think were all raving conspiracy theory lunatics doesn't matter at all.

The main point here is that any alternative voices that dare to speak up to question the current narrative are being silenced.

And that should alarm you, whichever side of the vaccine debate you are on.

Because once freedom of speech is removed, dissenting voices are silenced, and the book fires start building, then if history is anything to go by, bad things are sure to follow.