It’s the first day of autumn in Canada today, and the first snow arrived too. It has been below freezing overnight a couple of times now, and one morning last week the water buckets outside had an icy surface. But today the ground had a thin covering of snow too.

According to the Canadian calendar it is three more months until winter begins officially, but it feels like it has already arrived in Whitehorse!! 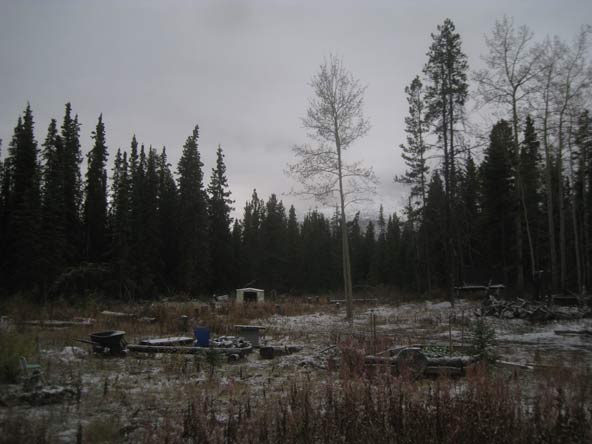 Needle Mountain is almost invisible, covered in snow, against the white clouds in the background. What a contrast to last week when I walked up there in shorts and t-shirt in the sun!