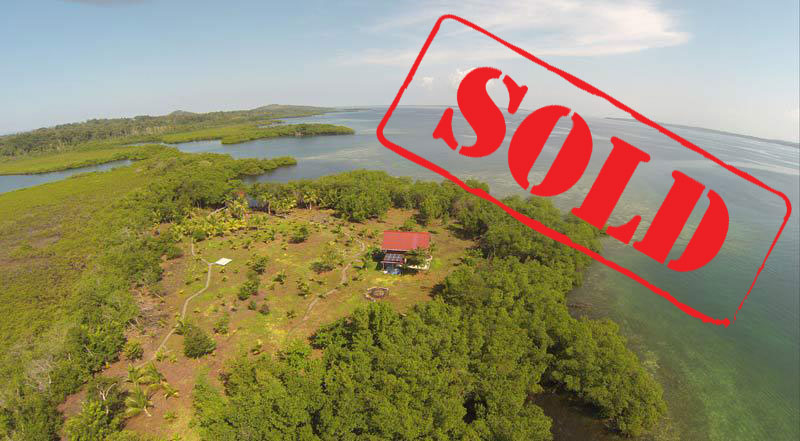 It’s taken a lot longer than I expected, but I’ve finally achieved another major goal.

In 2011 I bought a small island off the coast of Panama. Why?

Well, if I am completely honest there is a small part of me that quite liked the idea of being able to say “I own my own private Caribbean island”. 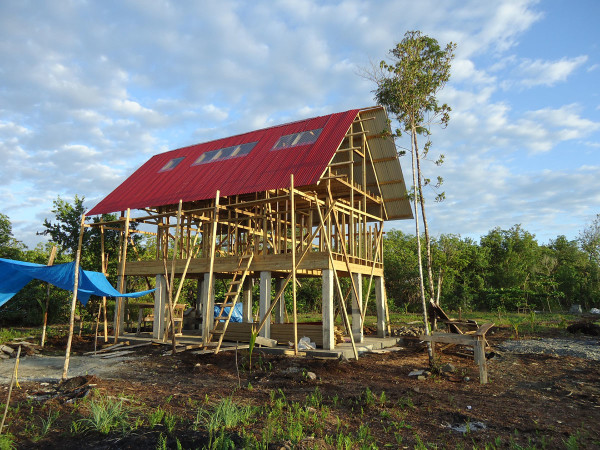 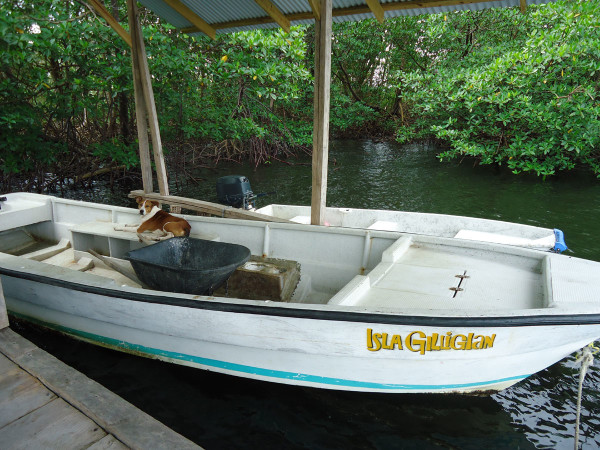 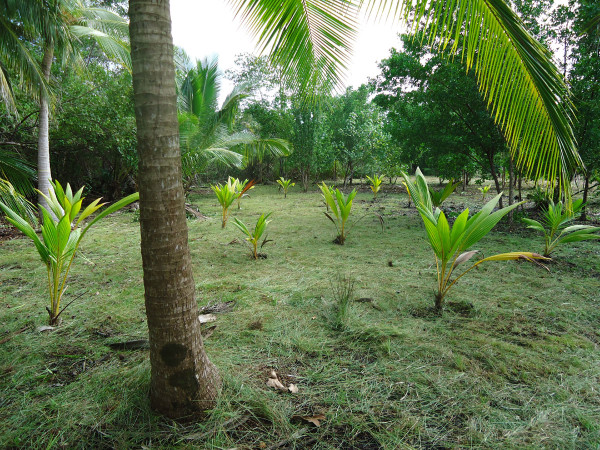 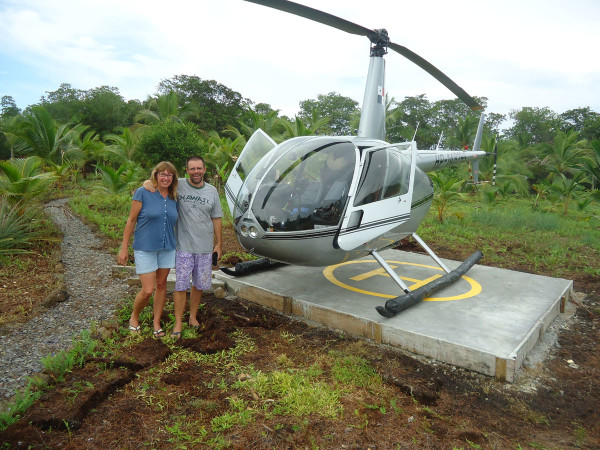 However, I also think that after selling my “entire life” on eBay and then travelling the world for a couple of years tackling my bucket list of 100 goals, I was simply longing for somewhere of my own to call home again.

I’ve had a lot of press coverage about my island adventures, and I wrote my second book about the mishaps and challenges of turning a small patch of overgrown jungle into a comfortable off-grid home. There was even a full length documentary about our off-grid lifestyle filmed at the island.

But now, in late 2015, I have just completed the sale of my island property. My first mention of possibly selling was in April 2013. When I talked about this on my blog I managed to get front page coverage on the UK newspaper The Daily Mail’s website.

I thought a small Caribbean island at a bargain price would have been quickly snapped up, but it’s taken over two years to realise my dream of an outright sale. It wasn’t until the island was featured on US TV show “Island Hunters” that I received some really serious interest.

Graham Hughes, another UK traveller with a similarly quirky background to mine, stepped up and made an offer to buy a one-third share of the property, and a deal was agreed. This meant that Vanessa and I could travel for a while, during which time Graham would live on the island.

Graham has since fallen in love with the place. As the end of his agreed one-year tenure of the island approached we discussed the possibility of him buying me out completely. Again a deal was struck, and just last week all paperwork was completed and the funds transferred. Graham is the complete and sole owner of Usher’s Island, now renamed “Jinja Island”.

Once again, as I did in 2009 when my house in Australia sold, I find myself without any ties, no property, and very little in the way of possessions. And I feel incredibly free.

“Do you regret having to sell the island?” I have been asked. Not at all. When I bought the place in 2011 I think I was still a little tied to the idea of having a place to call home. Another common question is, “Why are you selling your island?”

With hindsight I simply trapped myself in one location, albeit a very nice one, and after a couple of years I found once again I wanted new experiences and new adventures. I managed to engineer this through a partial sale, but ultimately I am so much freer now I am unfettered by property ownership.

Over the past couple of years Vanessa and I have become trusted and reliable house sitters. Now, when we need the comforts of a home we can settle wherever we wish and enjoy the luxury of someone else’s home for a month or two – at almost zero cost to us. It’s a win-win situation, as the home owner has someone to look after their property, possessions and pets while they are away, safe in the knowledge that we are very reliable, and come with great references.

Our time in China is drawing to a close. In November we will have been here for a full year, as we originally planned, so it will time to move on. We have already secured a two-month house sit in the beautiful Alpine region of Victoria in Australia. It will be my first time back “down under” in over five years. I’m excited.

As I often say, I believe life is about experience. In order to fit as much new experience into the short time we all have, it is important to keep moving forward. If Graham hadn’t gone ahead and bought the rest of the island, I would have had to return to try to sell my remaining two-thirds, which would have felt like a backwards step.

Vanessa and I will return to Bocas del Toro one day soon, but next time it will be as house sitters, rather than as property owners. We both miss our good friends there. We miss the camaraderie of wonderful neighbours on long happy afternoons at Pizzeria Rana Azul. We also miss the boat ride home on those afternoons, skimming across the flat surface of the quiet lagoon as the sun sets, hoping to spot a dolphin or two in the gathering twilight.

Hmm, maybe I shouldn’t have sold the island. Ah, but there are so many adventures ahead too.

I am excited to be completely free from any ties once again.

If you want to live a lifestyle of global freedom, with endless choices and possibilities, it’s probably easier than you think.

In a recent post I outlined a simple three-step plan which can take you in this direction. You can read more about that here:
Keys to the World

For a general introduction to house sitting as a lifestyle option, this post will give a good overview:
What is house sitting?

Congratulations, Ian!!! I so love hearing of how you are doing and your wonderfully written updates! Would love to see your face and meet Vanessa sometime if you ever travel to this part of the world again! Fair winds and following seas, dear friend! 🙂

Hi Cari. Thank you for the congratulations. I hope things are going well for you. Yes, it’s the start of a new exciting phase of life (again!) I’m sure we will pass close by you one day soon, and look forward to catching up again then.

Congratulations of living the adventure. Can’t wait to read more of where you’ll be, what you’ll see and do.

Thanks Dianne. We’re excited about future plans too. We’ll be updating regularly as things are confirmed.

Hi Ian, great to read about your adventurous life. You remind a lot of my uncle, George Maciunas, who is 1968, together with at-time-unknown Robert Deniro, decided to buy an unspoiled island in the Virgin Ilslands called…. Ginger Island. The plan fell through, not just because the owner died a few weeks before the final closing, but because Uncle George had many adventures that ll pretty much failed, and then he finally died at a young age of 46, after which, it became progressively clear, over the years, that what he attempted to do was incredibly inspiring to many artists, in particular. If you google his name, you will find his interesting connection at the founder of the Fluxus art (or “anti-art”) movement of the 60’s and 70’s. I am an American Lithuanian who has been living in Lithuania (the homeland of my parents and uncle) for the past 15 years, and in about a week, we will have a public, biographical get-together to discuss my uncle’s life and the meaning of “Fluxus” which is a way of life, more than an art movement. I wanted to show a picture of Ginger Island as an old dream of his, but wanted to make it come alive – as a dream that lives today, and is available- today. Ginger Island is still for sale, at over 20 times the price that it was going for back in 1968, but that island has remained unspoiled and uninhabited ever since. It’s interesting that the person that just bought your island off the coast of Panama, has renamed the island “JinJa Island”. Is there perhaps a connection with the Ginger Island in the British Virgin group? perhaps they had considered buying Ginger Island, but found your island much more practical and liveable (hospitable), thanks, of course, to all your hard work of clearing the jungle and replanting edible fruits and vegetables. My uncle had a similar plan to plant groves of nuts and fruits on the island, but unfortunately, it never materalized. He also had a plan to sail around the world in an old out of commission minesweeper with a team he had carefully picked, but they all abondoned him at the last moment and “chickened out” as we say in New York. His other schemes were to buy the lighthouse in the safe harbor of Block Island near Martha’s VIneyard, planning to provide a much needed launch service, which was unavailable in the summer of ’75, when I , as a 16 year old joined the fun in checking out the place (even having to swim ashore to retrieve our lost dinghy in shark-infested waters (the film “Jaws” had just come out that summer and I had just seen it, so yeah….) His last project, was to start a commune, together with John Lennon and Yoko Ono on a sprawling farm in Great Barrington, Massachusetts. That only fell through due to his succumbing, in ’78 to Pancreatic cancer. It was a tragic end to a life well-lived, and right in line with the spirit of what I detect is happening in your life. I see that you have been enjoying great success. God has really blessed you with His grace. That house-sitting idea is already getting me going. Thanks for the tip ! Let God keep blessing you by the Love and Mercy of Jesus Christ our Lord, Amen ! -Andy (avalaitis@yahoo.com)

Hi Andy,
Thanks for your message. Your uncle certainly sounds like an amazing and inspiring person. To use your phrase, I think “a life well-lived” is a very worthy goal for anyone, and it sounds like your uncle achieved this, despite his sad early demise.
I too believe life is all about adventure and experience, and I am just trying to live my own version of “a life well-lived”. I hope you can too.
I’d love to visit Martha’s Vineyard one day. I am a big fan of the film “Jaws”.
Thanks for the good wishes.
And all the best to you as you create your own life well-lived.

Hi gel in January, we would like to go to Panama, look around. I saw a program in which you were the main character. I envied that I want to settle down. If I’m right, you’re selling the island? I would like to ask for more help, I want to buy something like that, like yours. can you help me with it? Thanks Gabor (Hungary)

Hi Gábor,
Many thanks for your interest. Yes, I was selling the island, but unfortunately it is now sold.
Of course I have many friends who are still there, and often interesting properties come up for sale.
In fact there is an island very close to my property currently for sale (November 2016) at a bargain price. I have sent you an email with more details.
Best wishes,
Ian