I wasn’t much of reader before the age of 11, but when my parents bought me the book “Diving Adventure” by Willard Price I was hooked.

They obviously knew that to get me to read they needed to find something that interested me. And as a child I was fascinated by the idea of scuba diving.

“My aim in writing the Adventure series for young people was to lead them to read by making reading exciting and full of adventure.”

He certainly achieved his aim with me. After “Diving Adventure” I continued to read the whole series, and I have been an avid reader ever since. Thanks Willard.

At sixteen I joined  the local scuba club and learned to dive. After college I did a lot more diving too, and have often returned to the sport during my adult life whenever I have been in a suitable location.

For my bucket list of 100 goals I had a few underwater experiences I wanted to achieve.

1) Christ of the Deep

I first came across a photo of “Christ of the Deep” in a UK dive magazine, and thought it would be an interesting site to visit.

It turns out there are actually three underwater “Christs”. Naturally, I wanted to visit the original one found at a greater depth, in Portofino in Italy. In Italian, the statue is known as Cristo degli Abissi.

The second “Christ”, cast from the same original mold, can be found in Grenada in the Caribbean. The third is in the Florida Keys, and is in shallower water, so is accessible to snorkellers too.

Find out more about the statues here:
Christ of the Abyss (Wikipedia) 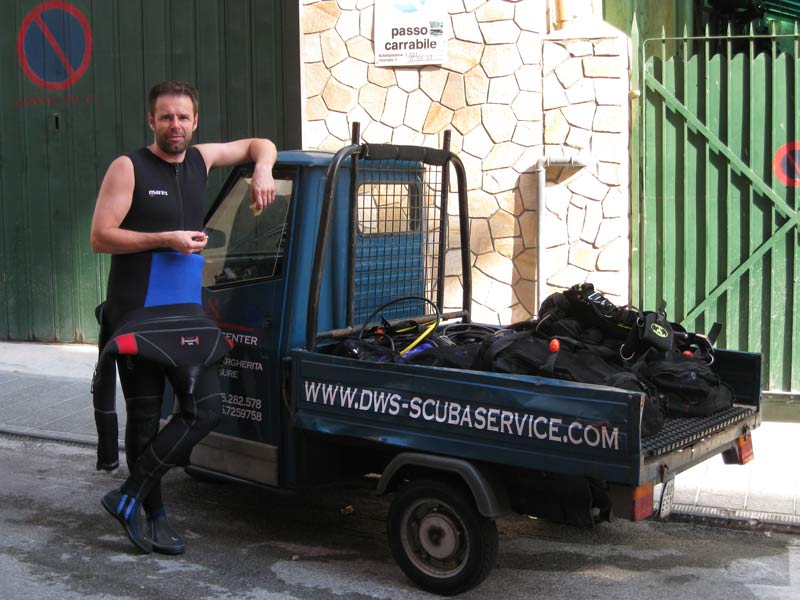 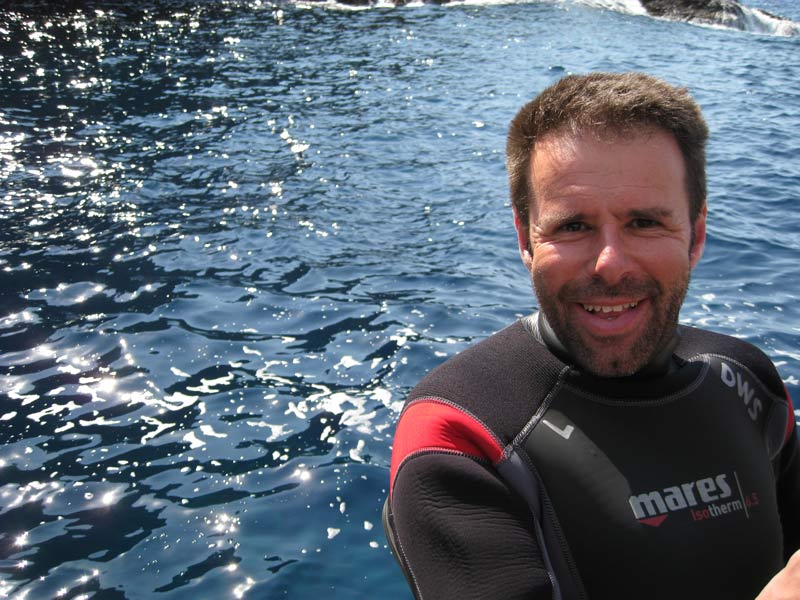 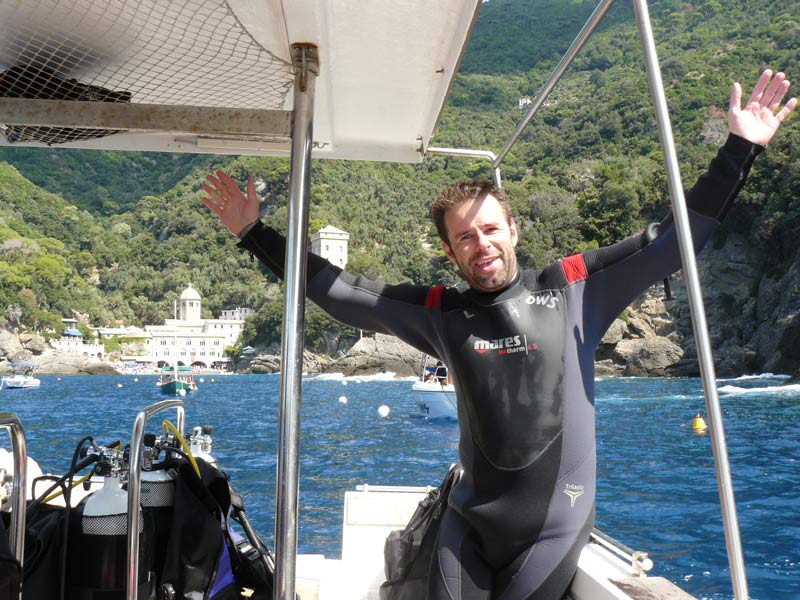 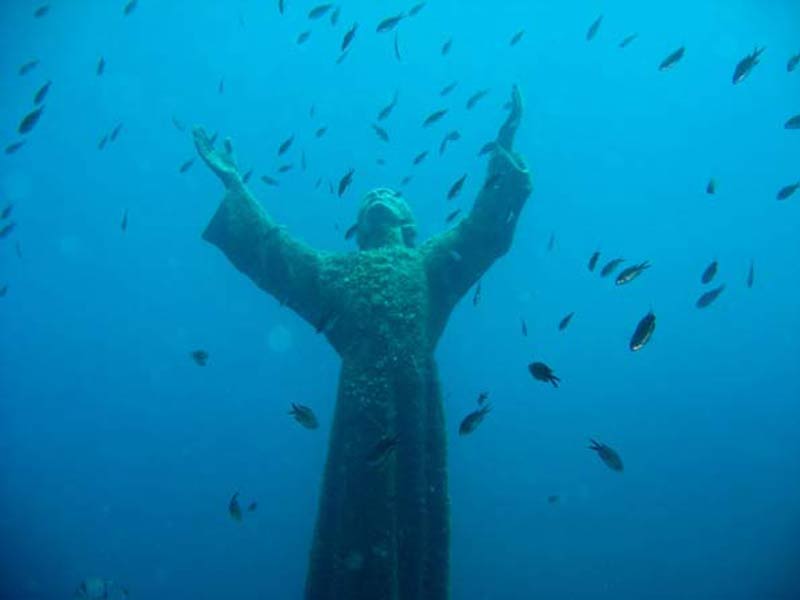 This is the Italian dive company who helped me achieve my goal:
DWS Diving

Seeing manta rays underwater is like watching a beautiful aerial ballet. They seem to glide through the water like birds in the air. There is a wonderful feeling of graceful peace about them.

My night-time diving adventure in Hawaii was arranged by the professional crew at:
Jack’s Diving Locker 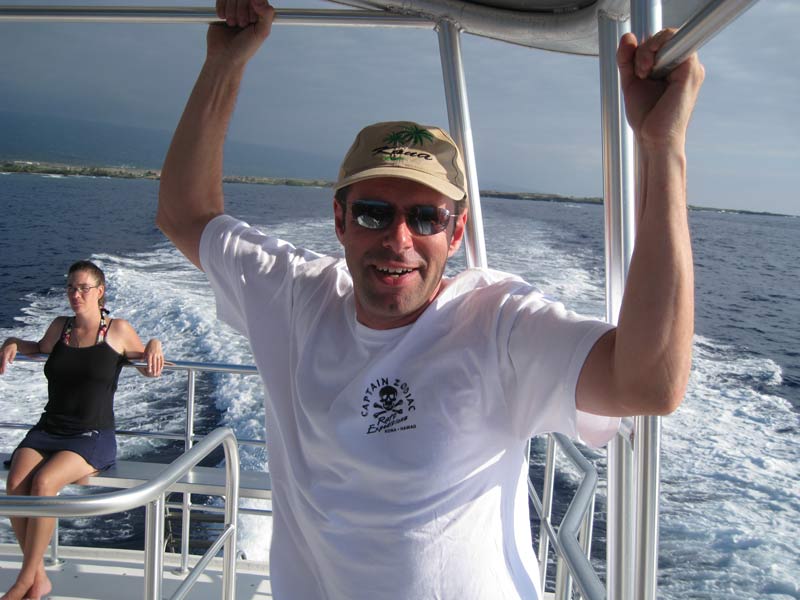 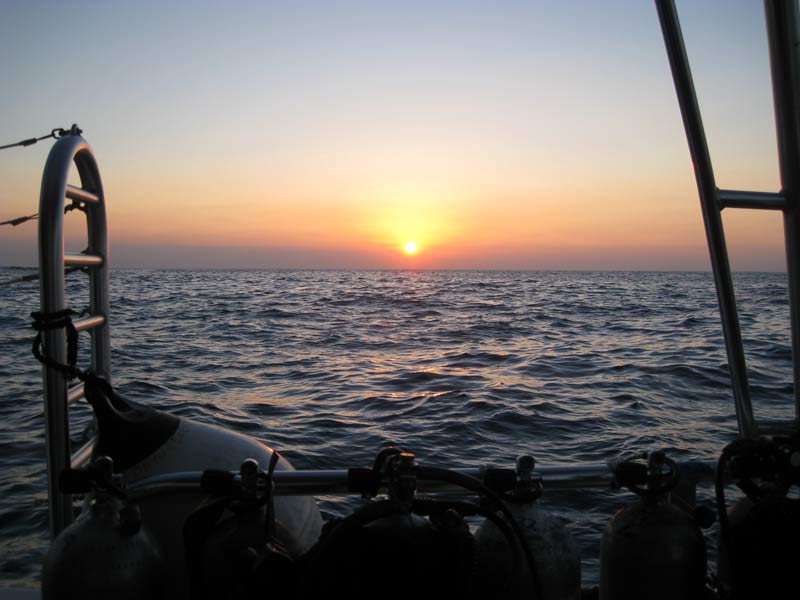 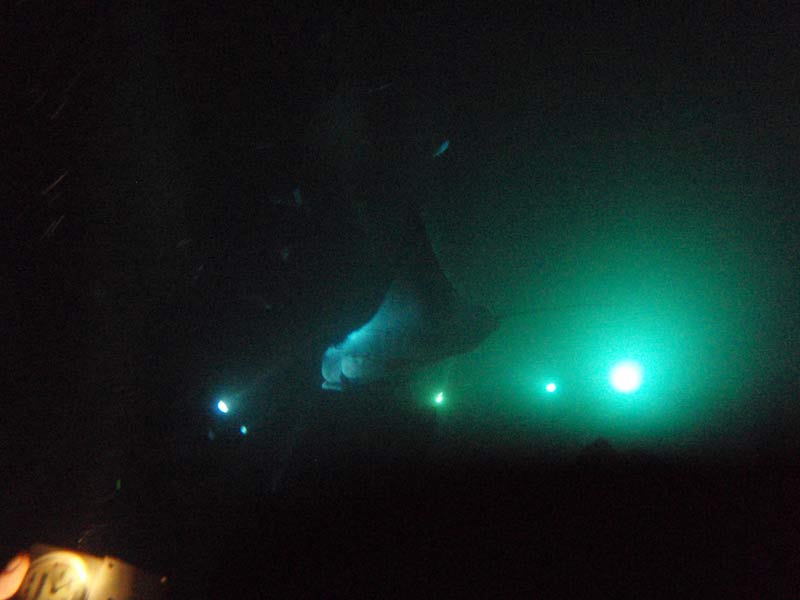 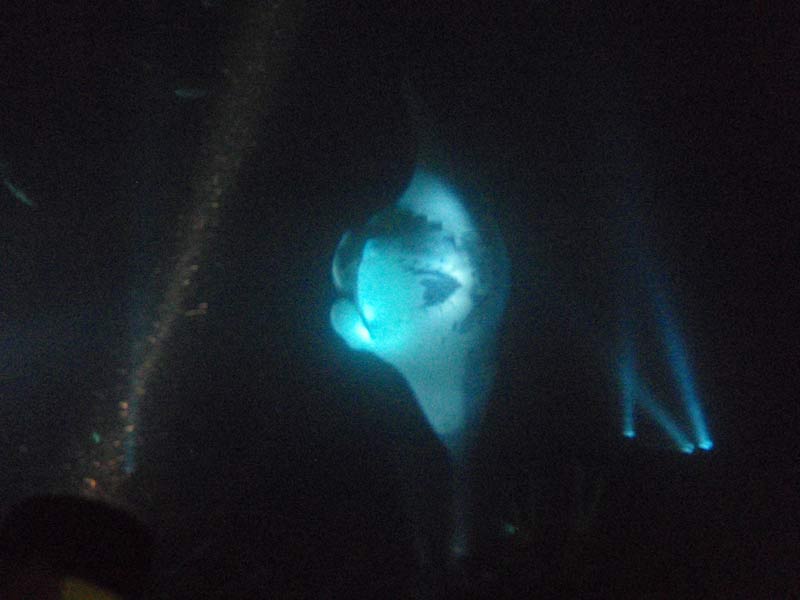 You can see my original blogs about diving with manta rays, and the amazing “Pelagic Magic” dive I did later that night here:
http://ianusher.com/tag/manta-rays

This was another goal inspired by a TV documentary. The Galapagos Islands are known for the amazing variety of wildlife. One documentary I watched showed huge schools of hammerhead sharks gathering, at what is thought to be mating time.

I initially thought this was going to be a very expensive goal to achieve, but as I headed for Japan I was told by a blog follower that the same sort of shark gathering happened in Japan too.

A little internet research produced details of Okinawa-based dive company Reef Encounters. Doug managed to connect me with Japanese company Sawes Diving on the little island of Yonaguni and the goal was possible.

Drifting along in amazing blue water, unable to see the surface or the seabed is a very sureal feeling. Doug suggested, “It will either be the most boring thirty minute dive of your life, or the most exciting!”

He was right. When a huge school of hammerheads suddenly appeared around us out of the blue the excitement level certainly rose. 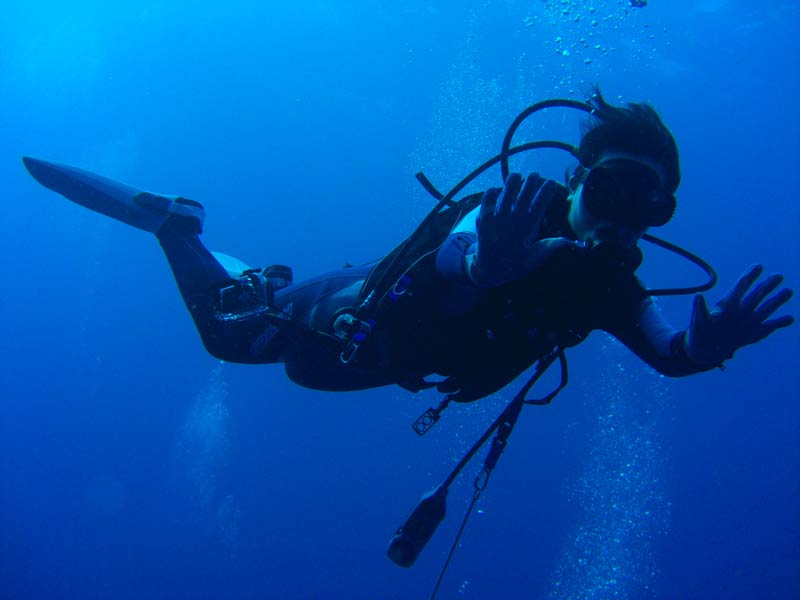 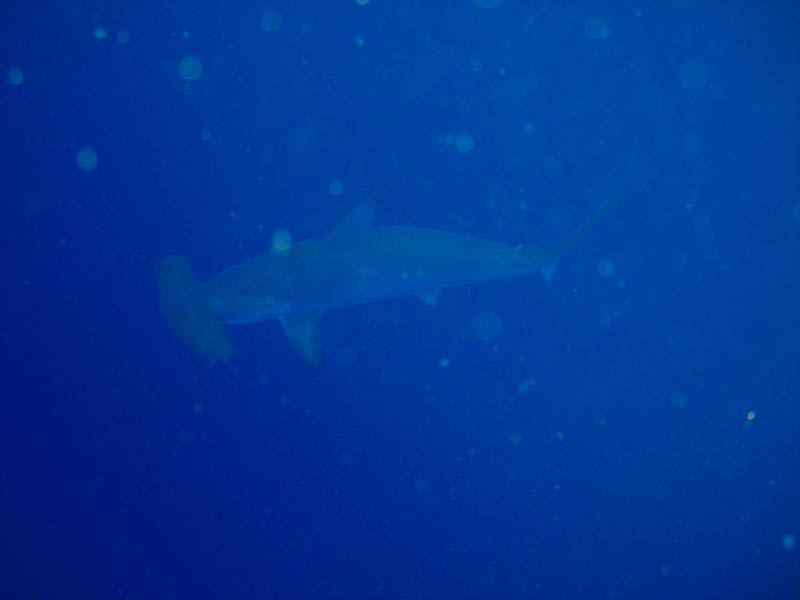 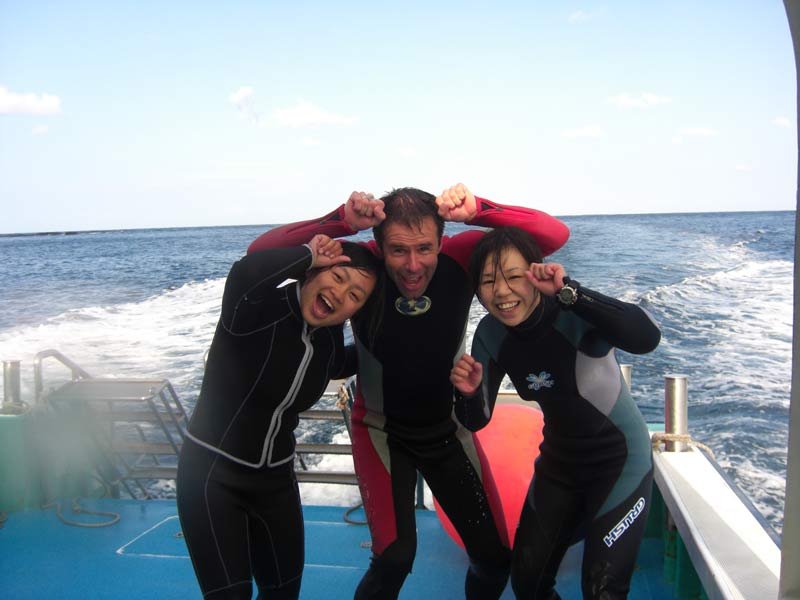 I did a couple of drift dives with the sharks during my three-day stay on Yonaguni, and even captured one of the sharks on video.

Anyone interested in marine wildlife, particularly marine mammals, is probably as fascinated as I am by whales. I have seen them from boats on whale watching tours, but I wanted to see them from the water, while swimming with them.

When I returned from Yonaguni to Okainawa, having been successful in diving with hammerhead sharks, Doug at Reef Encounters suggested we may be able to tick another goal of my list while in Japan.

We did so in the finest style. Being in the water with a mother humpback whale and her calf was one of the highlights of my life. We were almost close enough to touch her, and the phrase “awe-struck” just doesn’t do the feeling justice. 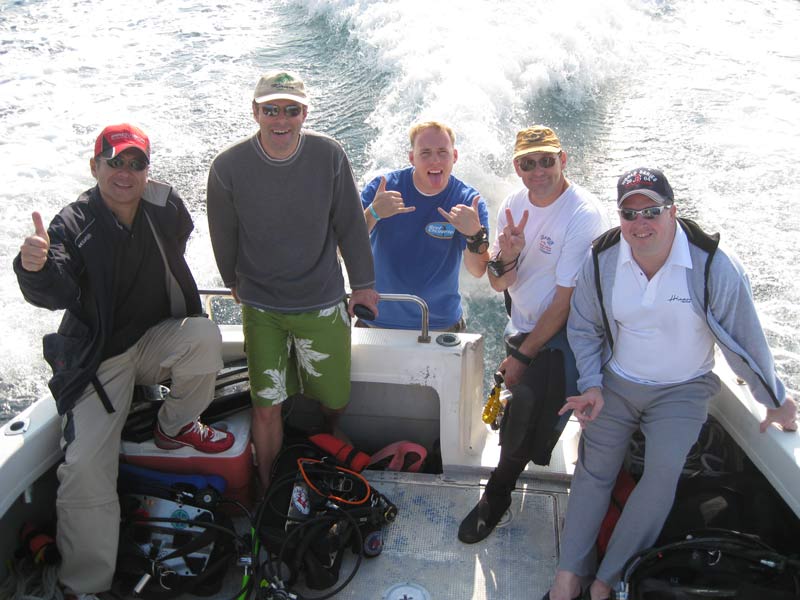 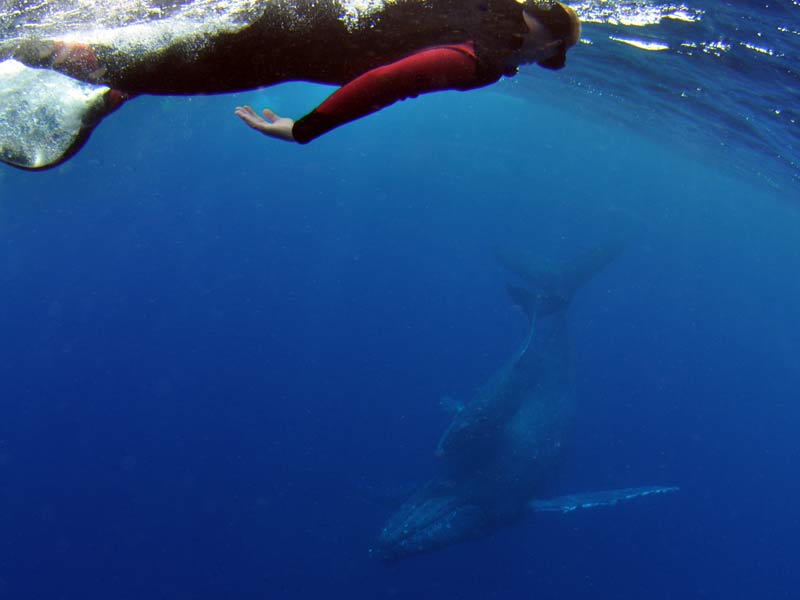 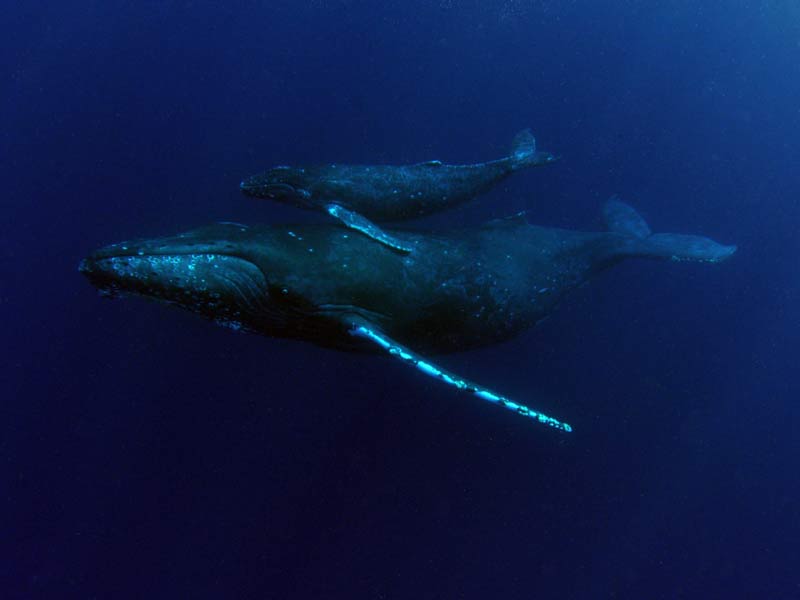 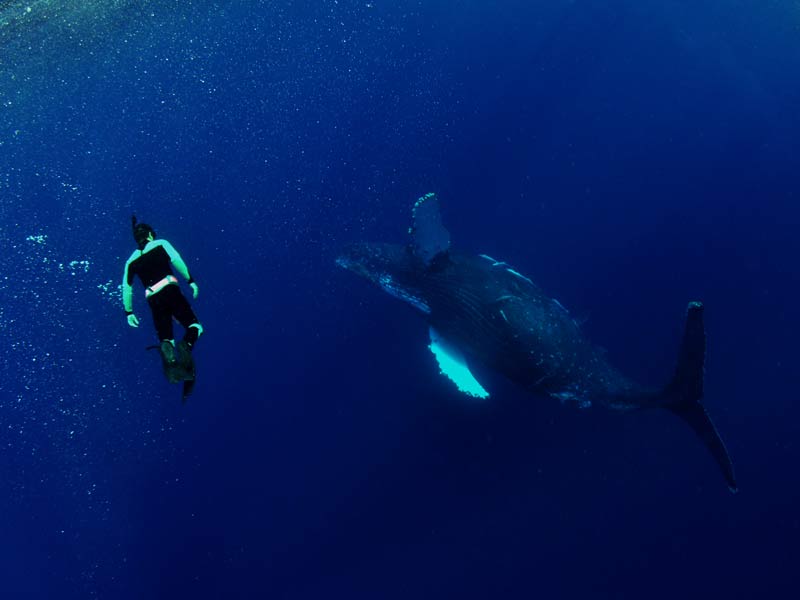 Here are my blogs about my this breath-taking experience:
http://ianusher.com/tag/whales

5) A night in an underwater hotel

In the books I read as a child underwater cities were commonplace. When I discovered that there is an underwater hotel you can visit in Florida there was no doubt that this had to be on my list of goals.

Jules’ Lodge is only accessible to qualified divers, and I was lucky enough to have the place to myself for one night.

Add this to your bucket list for an experience to be remembered. 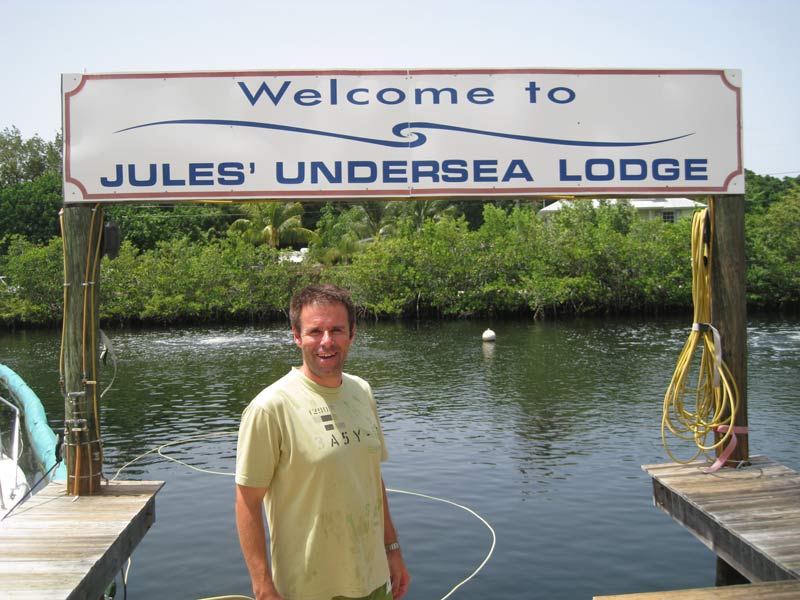 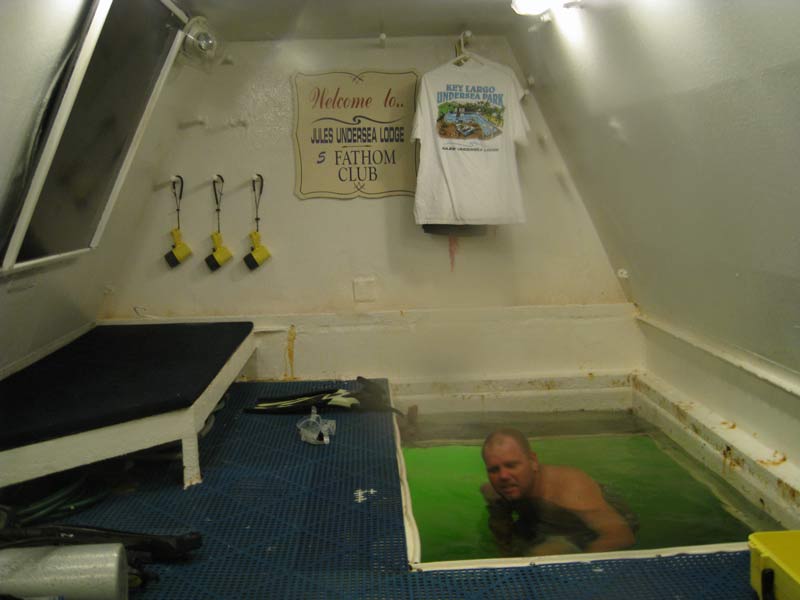 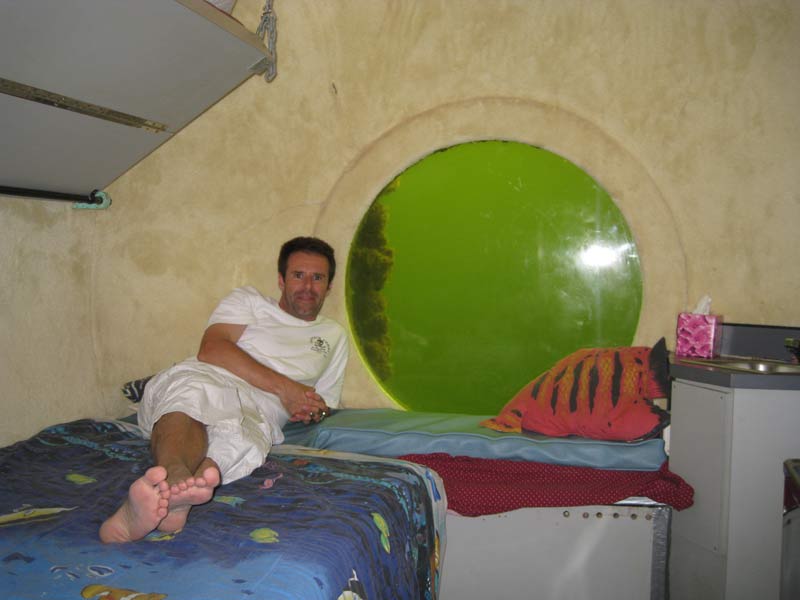 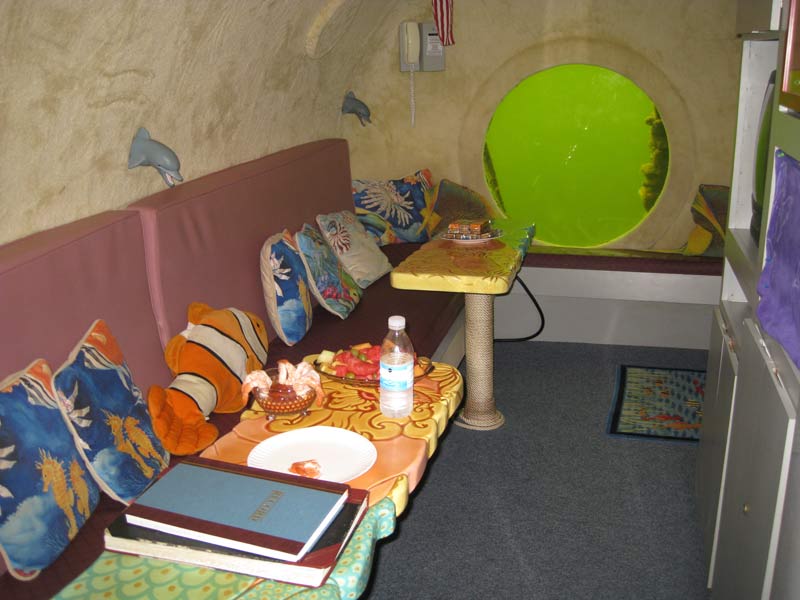 There are so many great experiences to enjoy in life.

In celebration of the five-year anniversary of the completion of my “100 goals in 100 weeks” challenge, I have written five blog posts, each containing five ideas for fun-filled adventures or experiences you could add to your own personal bucket list.

Feel free to add your own bucket list suggestions in the comments section below.

For articles, tips and insider info on how to live a freedom-based lifestyle, please sign up for our monthly newsetter: