After several month in Texas the Lone Star State was starting to feel like home, but we finally crossed the state line into New Mexico. We were sad to be moving on as we felt there was still so much more to see, but as always, new adventures and amazing places lay ahead.

If you want to read an alternative telling of our travels and adventures see Vanessa’s blog here:
www.DivergingRoads.com

There are a few random posts and pix on our social media sites, but this is a pretty definitive gathering of the main highlights from the second half of our August adventures:

You may recognise this place from several movies. It was used extensively in the movie Contact, starring Jodie Foster. The huge dishes can each be moved so the radio telescope can be set up in different configurations. They were very close together when we visited, so it wasn’t such a large array, but when spaced out across the huge plateau they are arranged in a Y shape, with the furthest dishes 13 miles from the centre point. 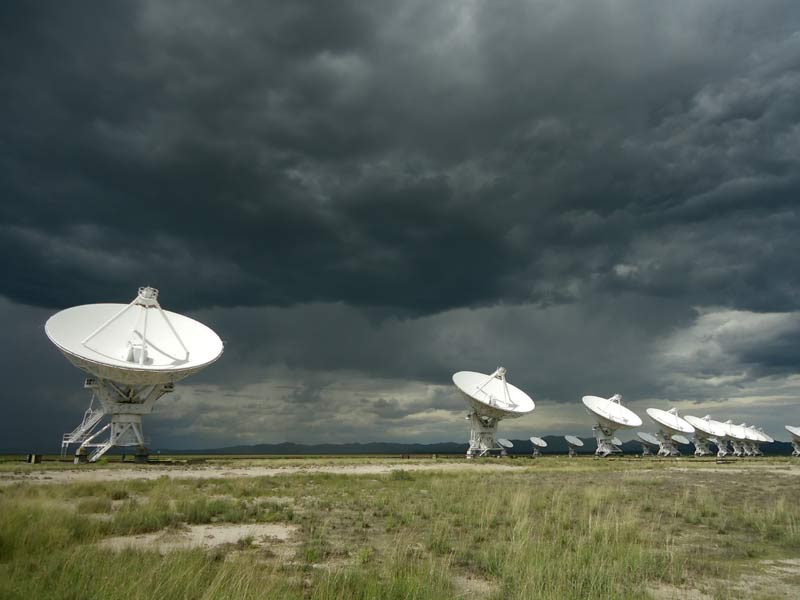 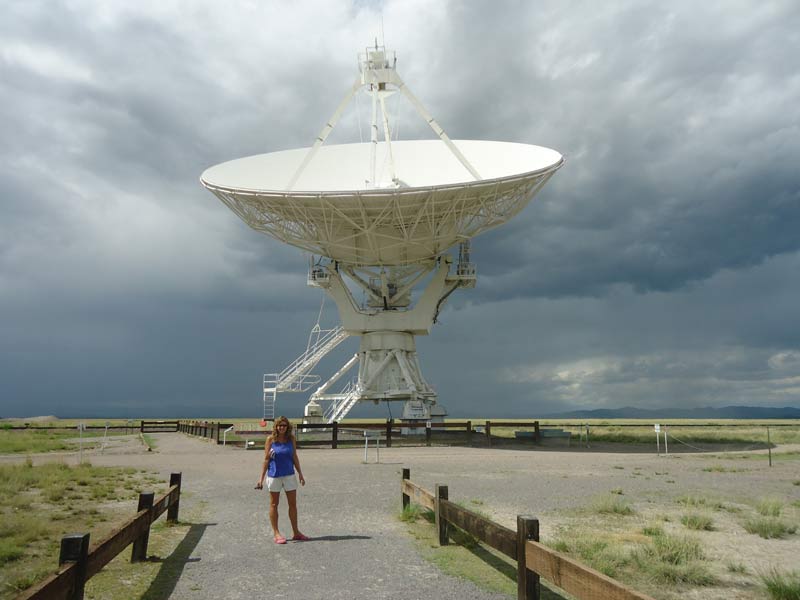 This hadn’t been on the original itinerary, but once we bought an annual membership to the National Parks we took a look at the map to see what else might also be on our route. This place was well worth the small detour to visit.

The trees here were buried in a silty swamp around 250 million years ago, and the wooden material was replaced by minerals over the millennia. The tree trunks are now made of solid rock of many colours. Quite an extra-ordinary place. 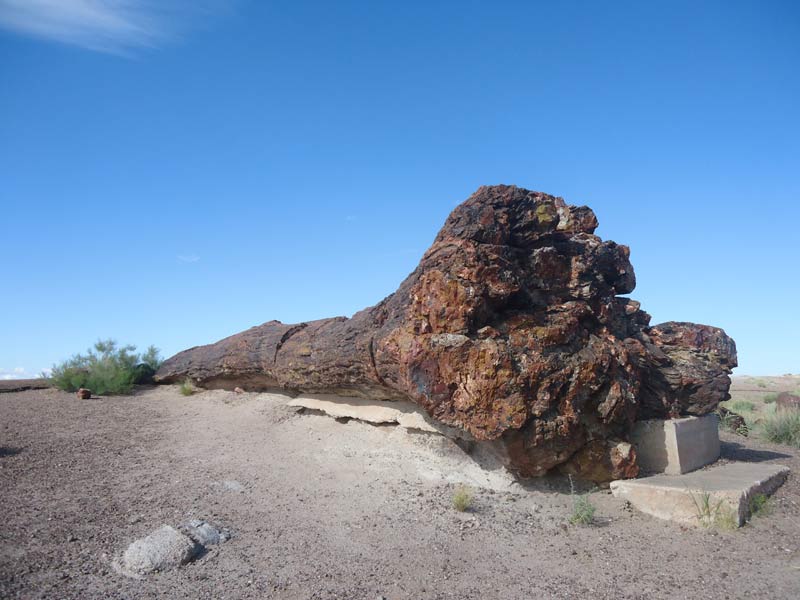 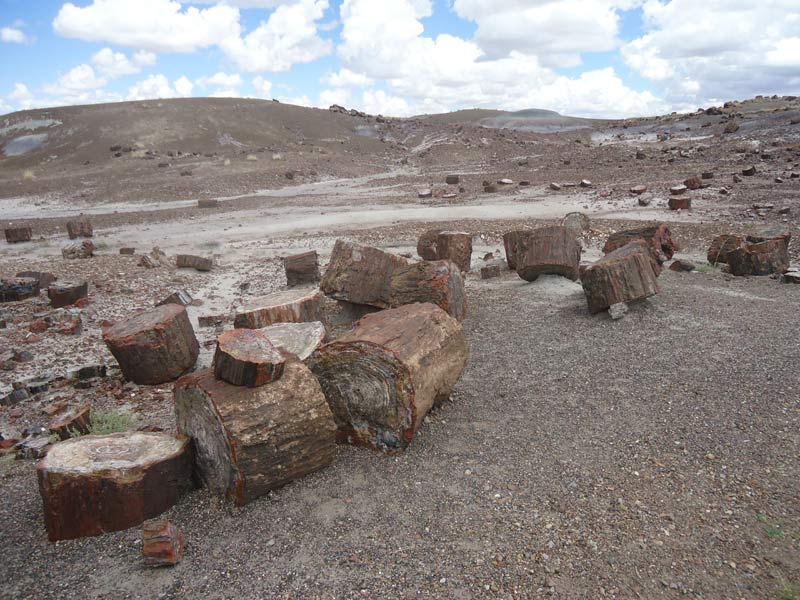 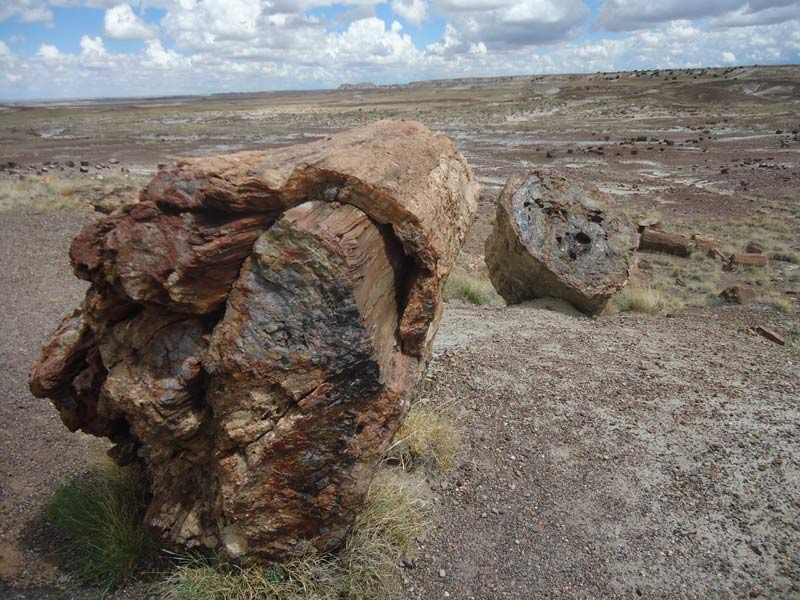 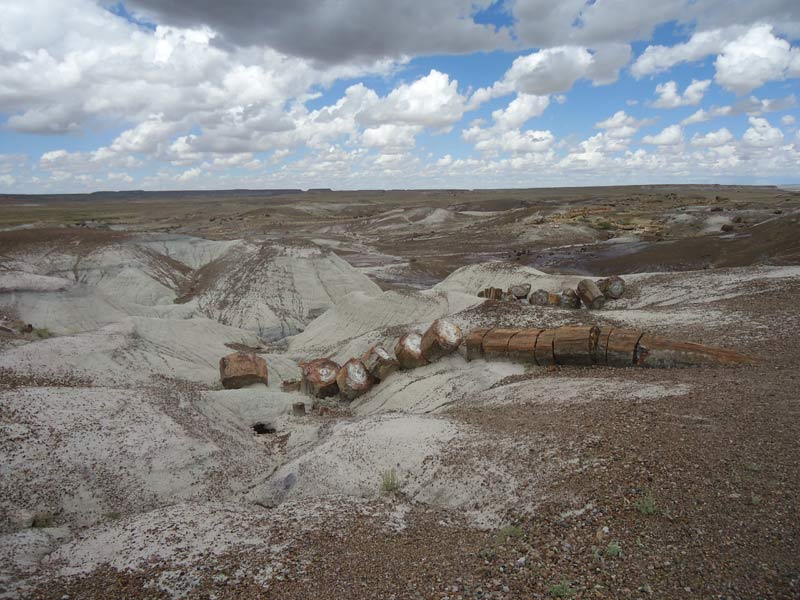 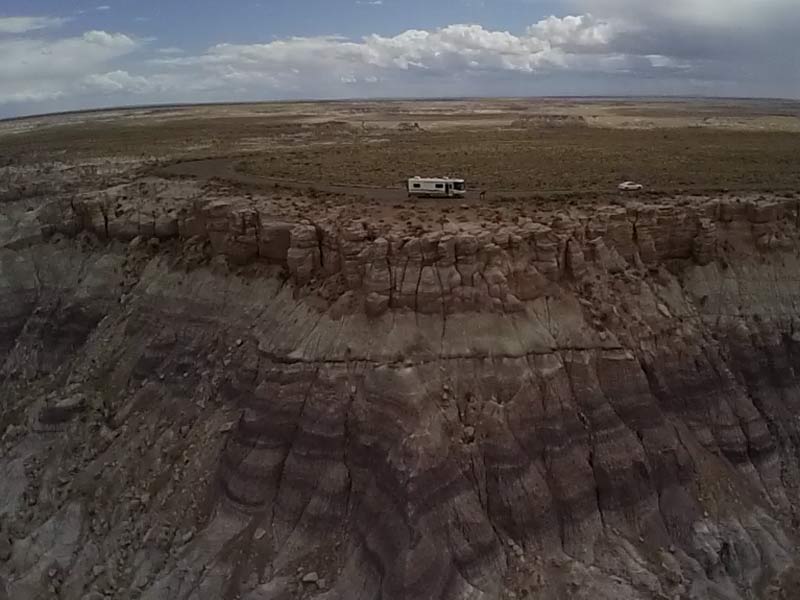 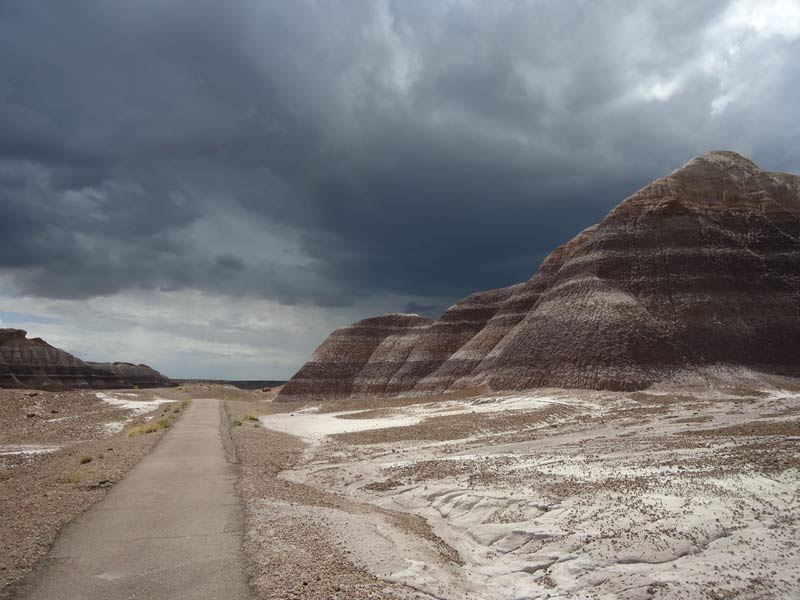 Further to the north of the Petrified Forest, the Painted Desert is actually part of the same park, but the landscape is very different. It is the sort of place you could imagine riding into on a horse and exploring for days. 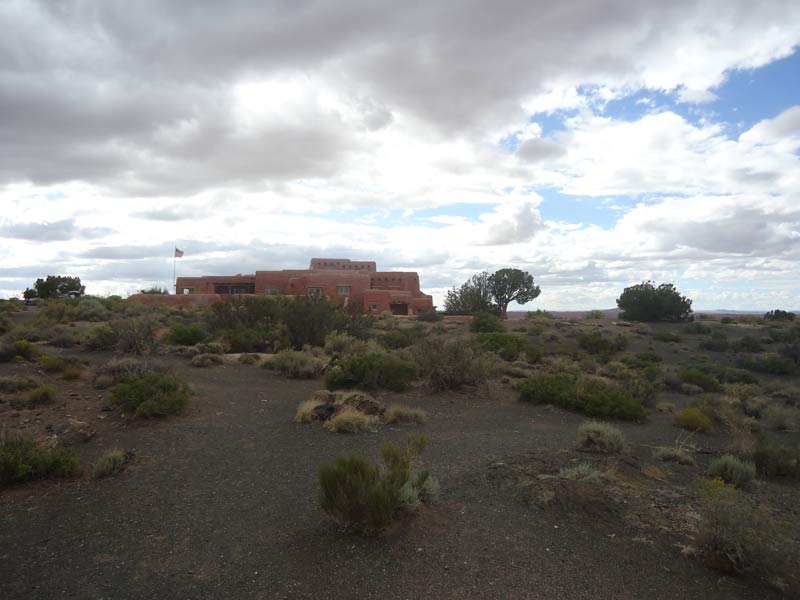 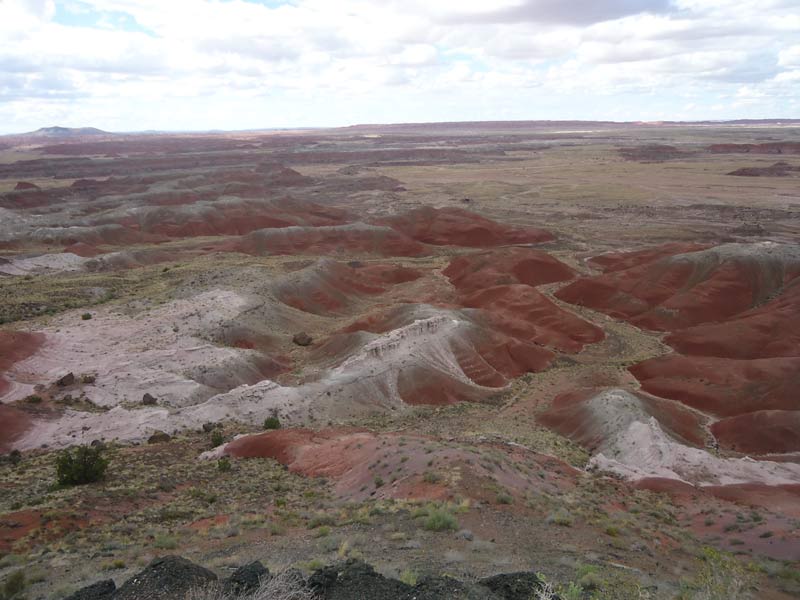 Before heading out to see the giant Meteor Crater to the west of Winslow we spent an evening in the town. We couldn’t miss the chance to be “Standin’ on a corner in Winslow, Arizona”, as per the lyrics of Take It Easy by The Eagles. That night in the truck stop on the highway was pretty noisy, surrounded by trucks coming and going all night – not recommended.

I came across Meteor Crater in 2008 when driving across Route 66 as part of my “100 Goals in 100 Weeks” adventure. It was well worth re-visiting, and I couldn’t resist a chance to catch an aerial pic, despite the dire warning sign! 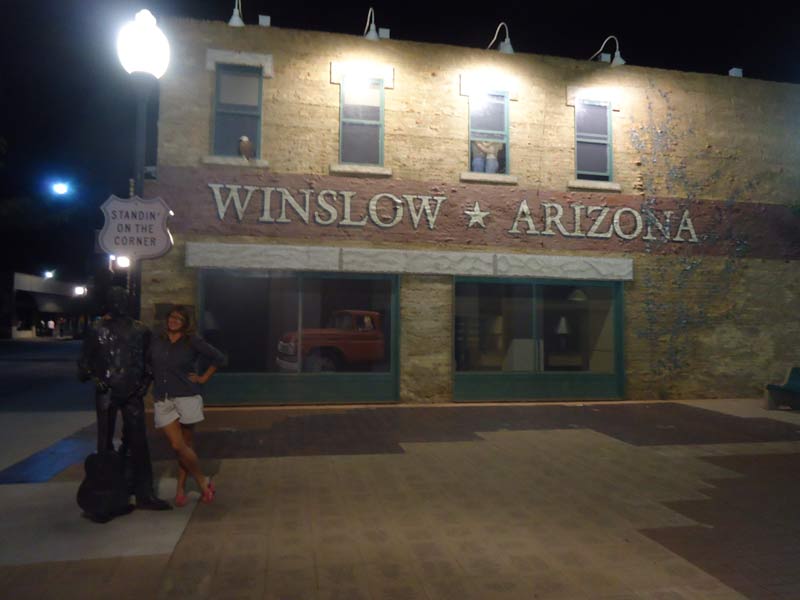 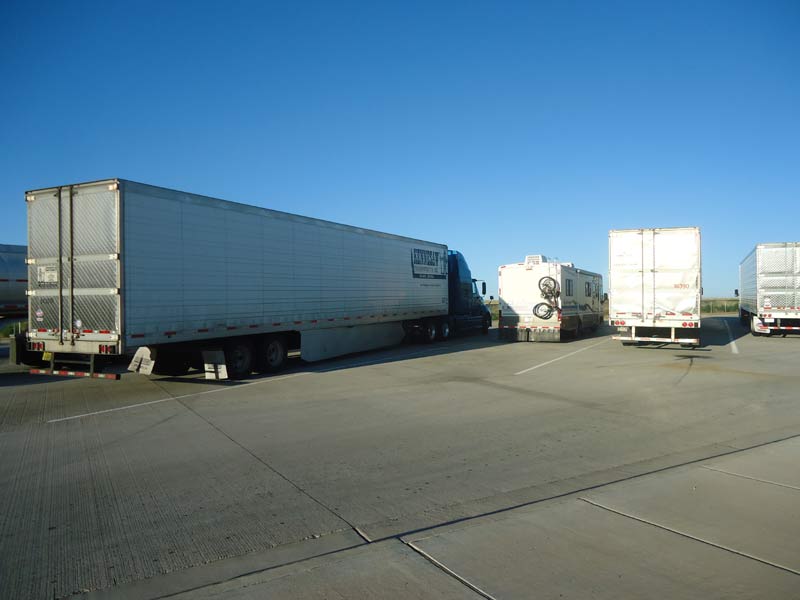 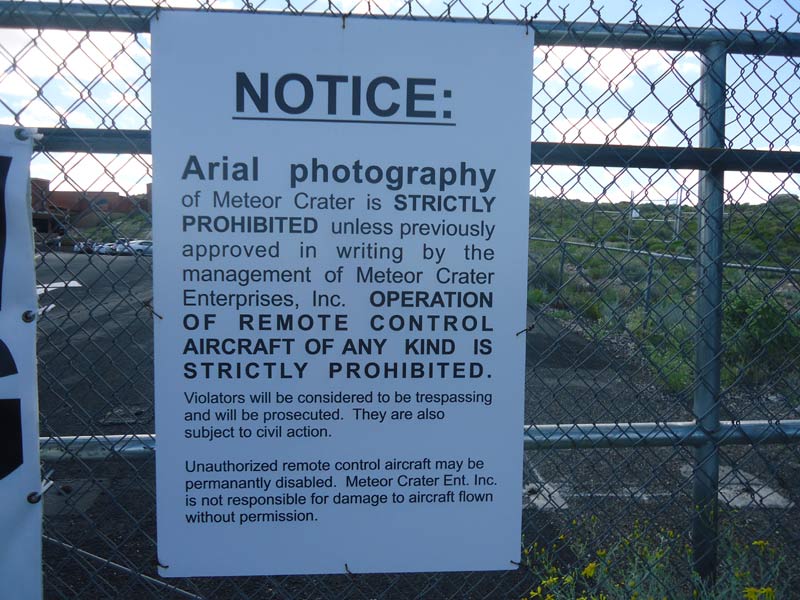 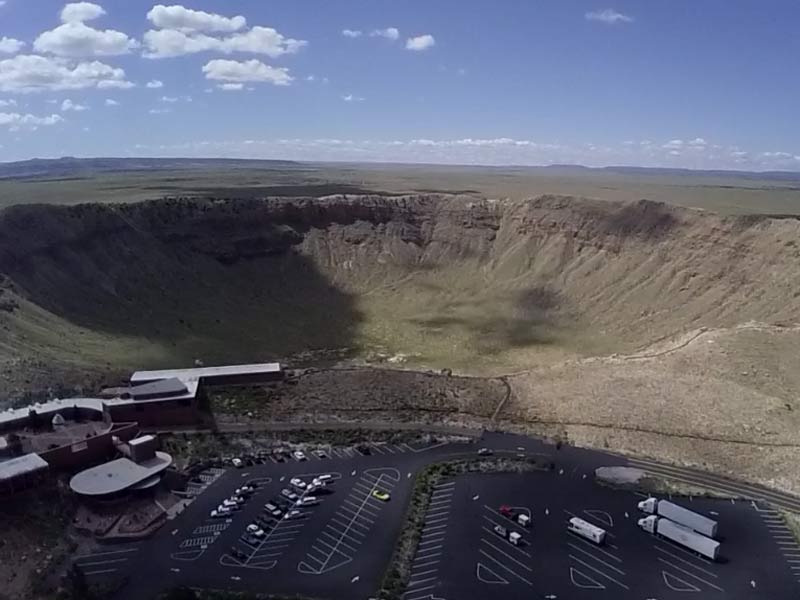 Before leaving panama neighbour Janis suggested that we add Walnut Canyon to our travel list if we were passing through Flagstaff. We were glad she had made the suggestion. The cliff dwellings were very interesting, and the canyon spectacular. 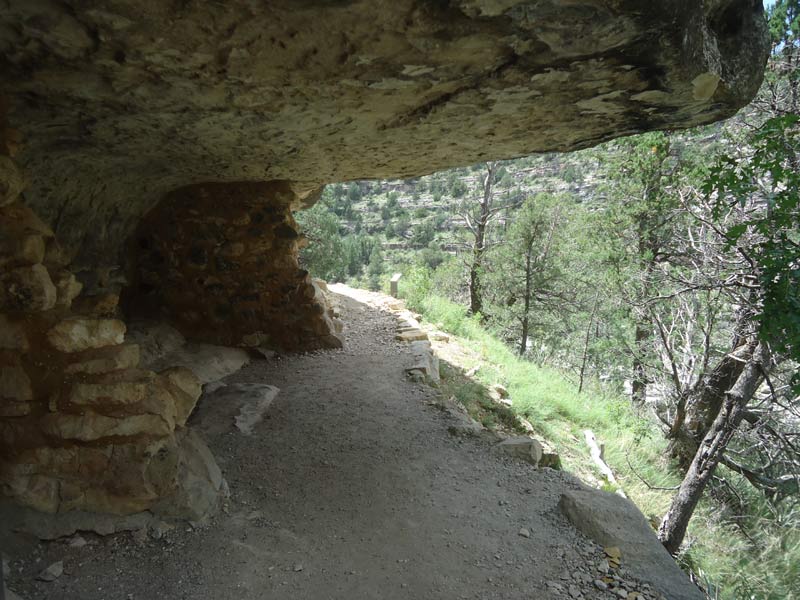 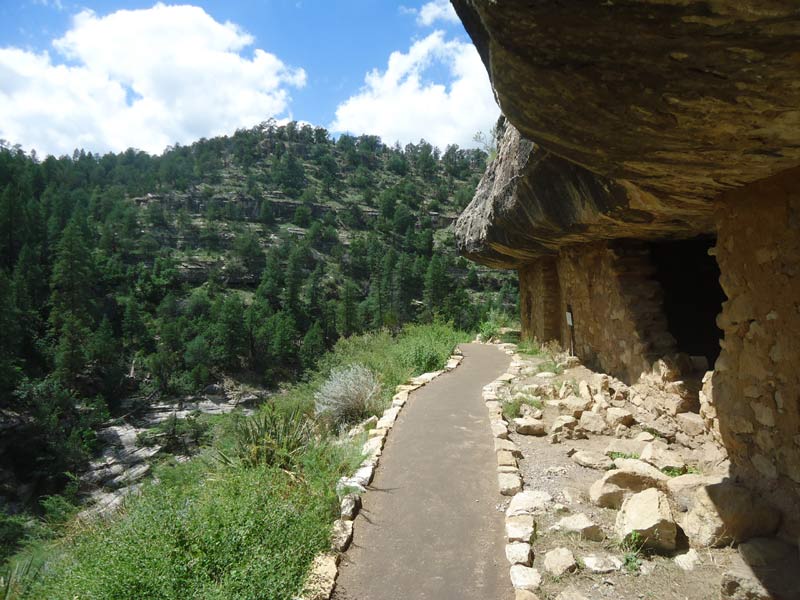 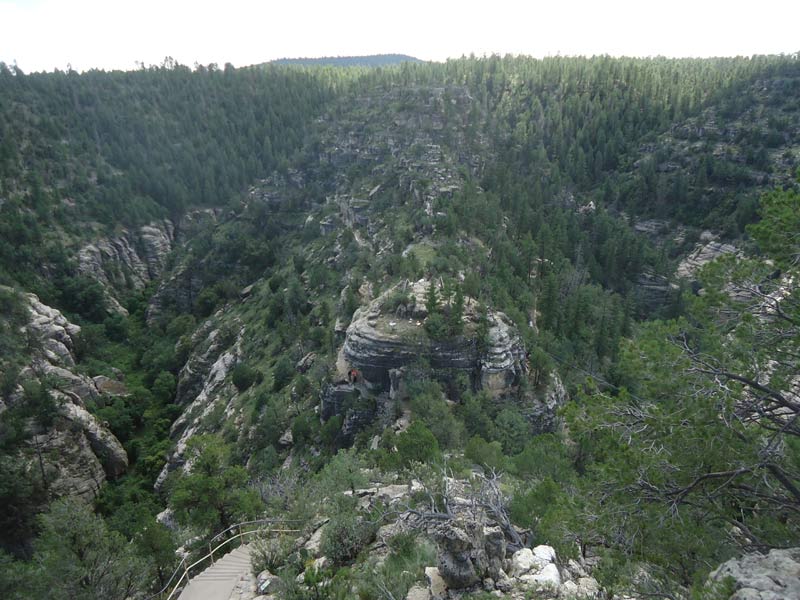 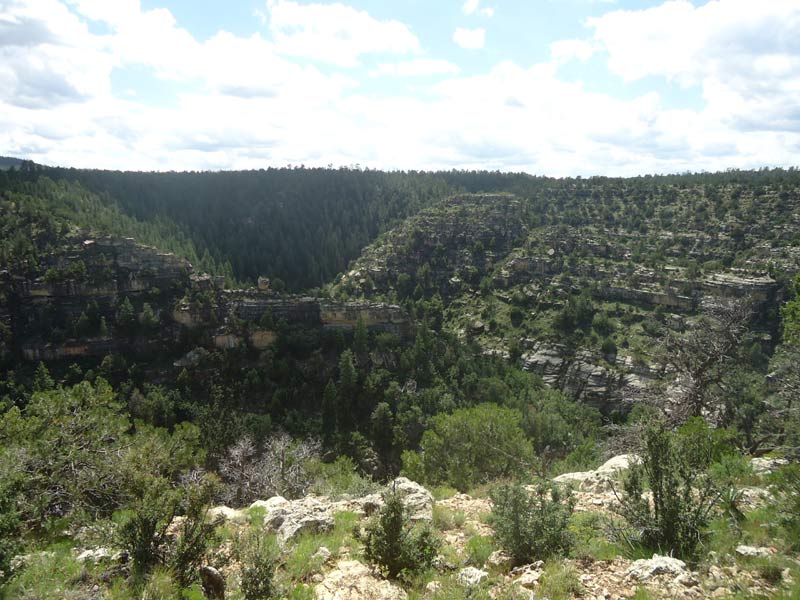 Sunset Crater was another park that we discovered almost right on our planned route. The volcano erupted about 1000 years ago. The lava field is huge, and ash covers the ground everywhere for miles around. 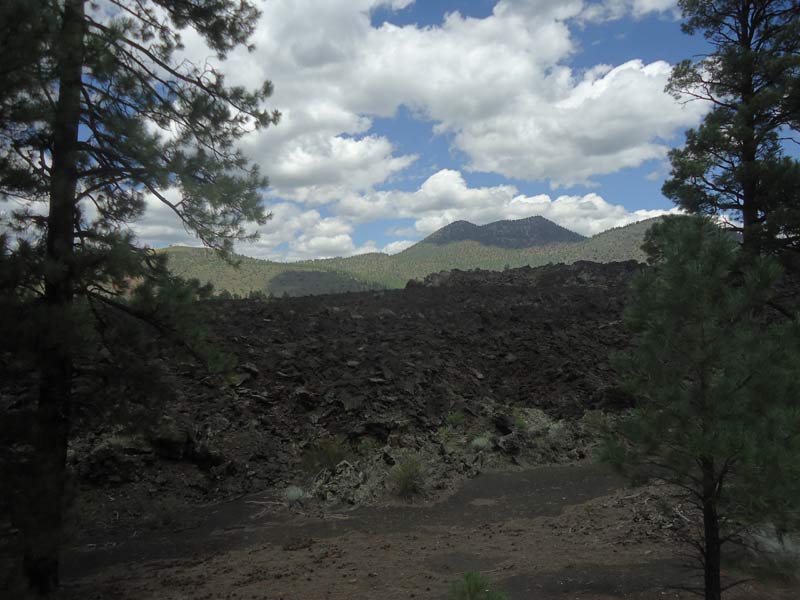 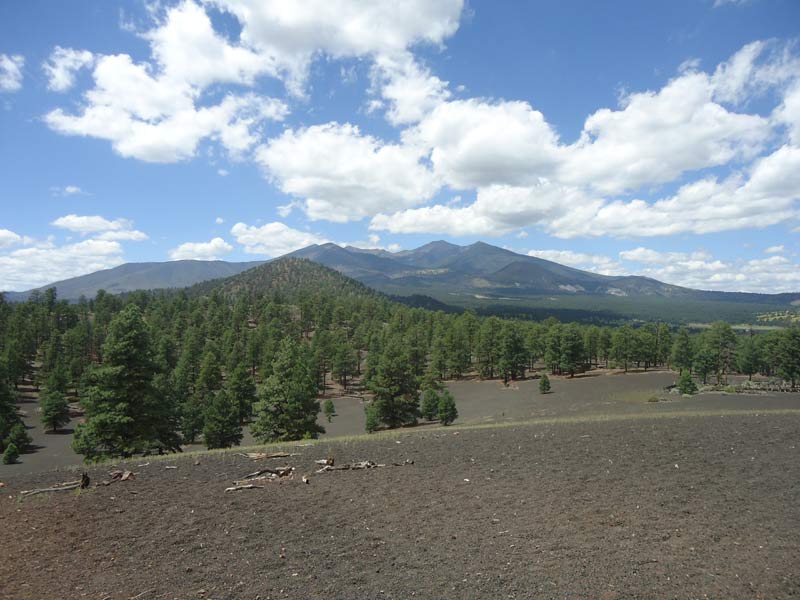 The Grand Canyon. Our final destination for August is the one we have both really been looking forward to. It didn’t disappoint. Lots of pix in the next blog.