I am a regular golf player! I usually manage to fit in a game about once every two years. The last time I played golf was back in Australia almost two years ago, when my brother visited me over there, and yesterday he suggested that it was about time to play again.

It was a lovely afternoon, and unbelievably, we had the course to ourselves. Literally not another person there! Which was a good job really, as we would have held up people as I looked for my ball in the rough on several occasions! I set the tone from the first tee with a majestic slice into the shrubs that took quite a while to find.

In fact we spent so much time beating the undergrowth, usually looking for my ball, but occasionally for Martin’s too, that we found many others, and ended the day with several more golf balls than we started with.

The end result? Well, it doesn’t really matter, does it? It’s not about winning, it’s about how you play the game! No? Well, let’s just say that yesterday, for me, it was certainly not about the winning! But I was still smiling by the end of the game. Well done Martin (again!) 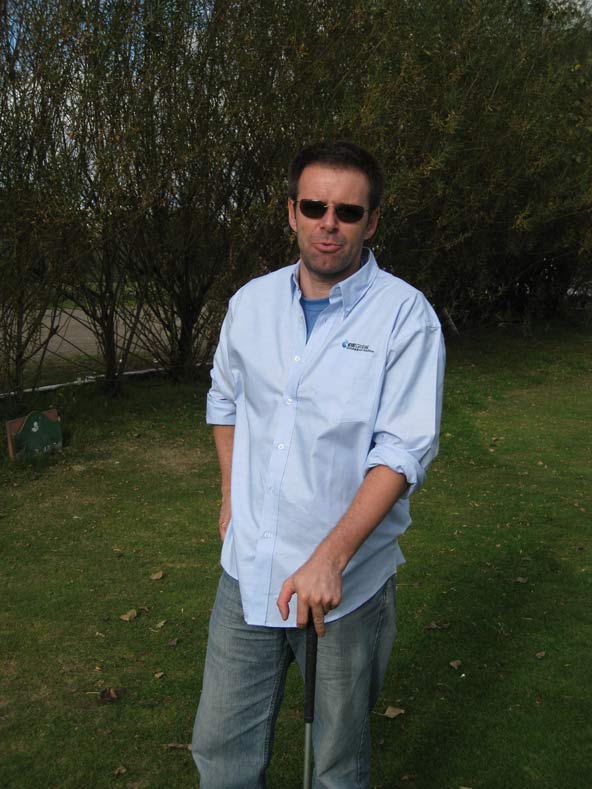