I had hoped to have another goal achieved by now, but the weather is not helping out. Perth usually has a very reliable afternoon onshore wind coming out of the south-west, which locally is called the Fremantle Doctor, as on a hot summer afternoon it cools the city down nicely. But over the past week or so the winds have been very light, and my second and third kiteboard lessons have had to be postponed.

I did my first lesson a week ago, and spent a couple of hours learning all sorts of safety information, and getting used to flying a pretty big kite. My second lesson was on Thursday, but an hour into it, just as I was about to get into the water with an even bigger kite, the winds dropped right off, and the lesson was cut short.

Since then the winds have been too light, so as yet I am still waiting to actually get wet while attached to a kite! That isn’t going to happen now for at least another week, as I fly off to Uluru in a couple of days, so over the weekend I decided it was time to get wet another way.

My jet ski has been tucked away in a friend’s garage since the end of the ALife4Sale auction, and it took a bit of tinkering to coax it back to life, but once running, it went well, and it was great fun to be back on the water again.

I have enjoyed a couple of other interesting trips out over the last week, all of which have reminded me of this time last year when the whole craziness of the press interest in ALife4Sale had just reached it’s peak.

I went down to Cottesloe again to see the wonderful “Sculpture By The Sea” exhibition on the beach. Instead of just watching this year I joined in, along with Mel and her kids, on the “Freeway Bike Hike”, when the freeway is closed, and filled with thousands of cyclists. And yesterday I went south with my friend Chris on our motorbikes to visit mining buddy Sean again, just as we did last year.

Sean and his wife Brooklyn have just had their second baby, and I am pretty sure that this is as close as I have come to achieveing my goal of seeing a baby being born. She is only nine days old. Congratulations Sean and Brooklyn, and baby Indi Maree. And thanks for trusting me to hold her!! 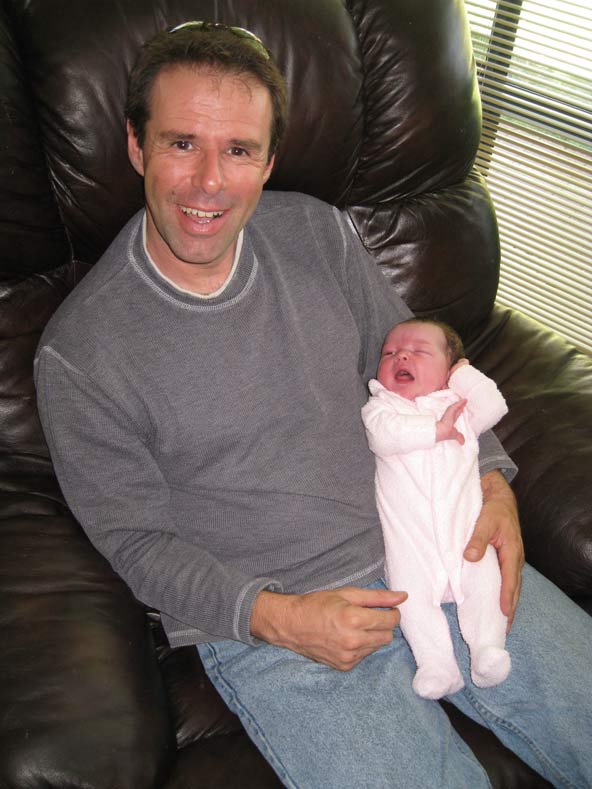