I have been pottering around Oahu for a few days now. There is plenty to see and do, and it’s all very spectacular. Here are a few places I have enjoyed:-

By far the most spectacular so far is the stunning Hanamau Bay, where I went snorkelling on Thursday:-

On Friday I took a bus across to Kailua on the other side of the island, where I met another internet contact, Julie, and her friend Karen. We went on a wonderful trip around the island, stopping off at a huge pineapple plantation, and then heading up to the north shore to see some of the world-famous big surf spots, such as Sunset Beach and Banzai Pipeline.

There is so much to see around the island, and the day passed so quickly, and before I knew it, it was time to catch the last bus back to Waikiki. Thanks to Julie and Karen for a great day out. 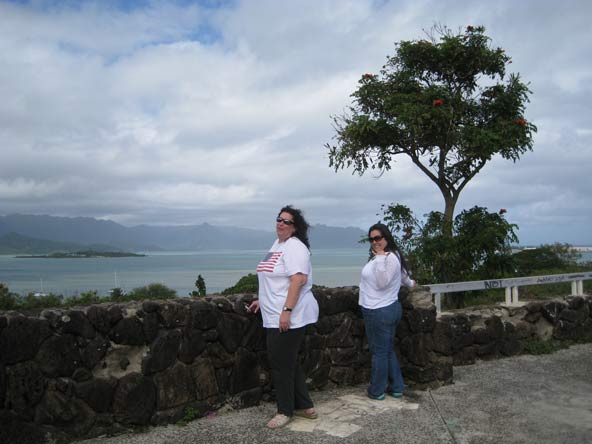 On Saturday, before going on the outrigger canoe, Matt, Jackie and I drove into Diamond Crater and took a walk up to the summit, where the views were nothing short of spectacular!

After the canoe ride we drove out to Pearl Harbour to visit the Arizona Memorial, which was sobering and thought-provoking. There is a very informative film of that terrible day on December 7th 1941, and then you can take a boat out to the memorial itself, which straddles the remains of the ship which still sits on the harbour bed, and still entombs over 1100 who died on that fateful morning. It is very difficult to believe that you are right on the spot where the film you have just seen took place, as it is so quiet and peaceful.

On Sunday morning Shannon called, and asked if I wanted to go out on a paddle board. Stand-up surfing on paddle boards is the big new craze here in Hawaii, and of course I was keen to give it a try. Shannon is originally from New York, and is friends with Stef, who came along with me way back in October to see the Statue of Liberty.

So we took the board down to the beach and off I went. There were quite a few people out there, and it was such a lovely morning. I really did start thinking to myself that this is perhaps somewhere I could fancy living one day! I would love to have a go on the paddle board in the surf, but think I maybe need a little more practice first! Thanks again Shannon.

There is only one picture of this activity, as Shannon’s memory card in her camera malfunctioned, and we were unable to download any of the other pictures from her camera. 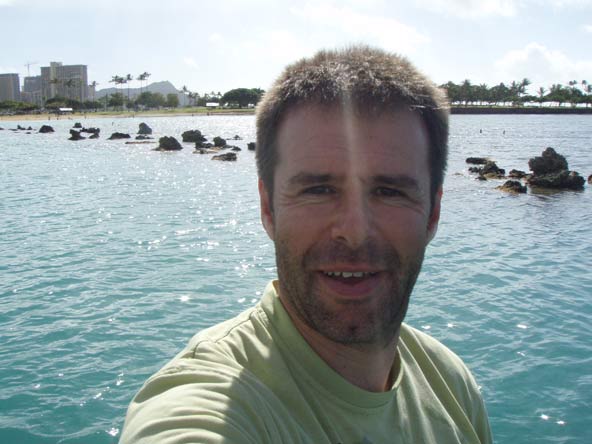 And so now my Hawaiian holiday is at an end, and first thing tomorrow I fly to Japan to start a new adventure. Thanks so much to all the wonderful people that I have met here on the island, and particularly to Matt and Jackie for allowing me to stay in such a spectacular location, despite it only being a small apartment. This has been a very memorable stopover. 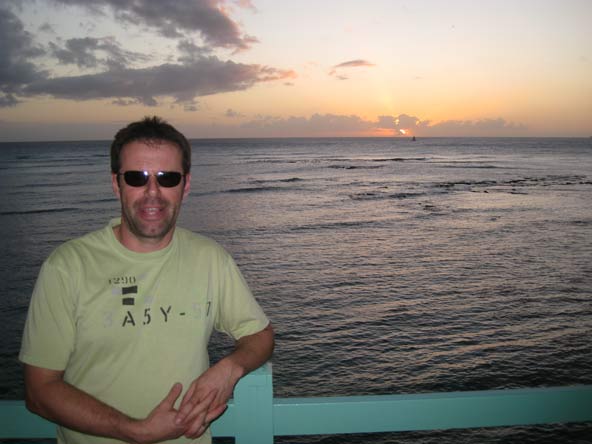