Today is Australia Day, when the whole country celebrates it’s identity as a nation, and commemorates the arrival of the First Fleet in 1788, the unfurling of the British flag at Sydney Cove and the proclamation of British sovereignty over the eastern seaboard of Australia.

So what better day than to announce that Goal #31, getting my Australian buddy Paula Campbell into the top ten in a Google search for her name, has been achieved!

Paula is currently living and working in London, and I am sure that she will be celebrating Australia Day today, somewhere in the big city with her fellow countrymen and women. Happy Australia Day Paula! 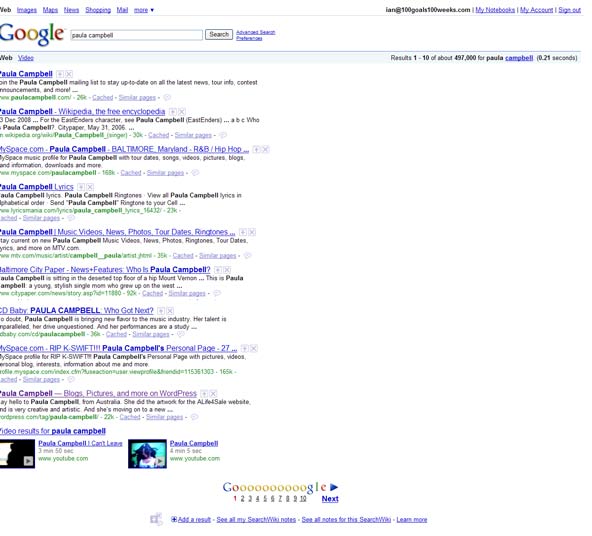 Huge thanks are due to Anthony Merizzi, who is the web genius who has somehow made this happen. He somehow discovered this goal in my list of things I wanted to do, and made it a pet project of his own.

I really thought that this might be one of the harder goals to achieve, and did not know where to start, but Anthony has achieved it relatively easily, despite there being a very well-known singer called Paula Campbell too.